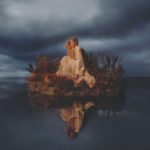 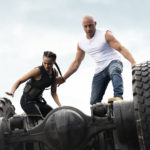 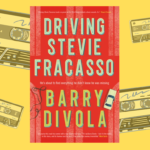 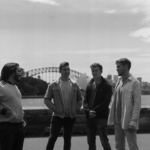 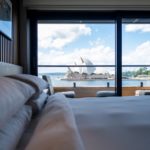 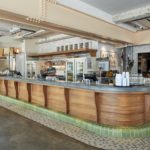 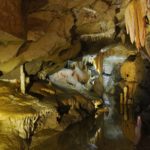 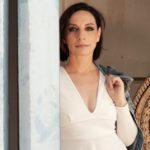 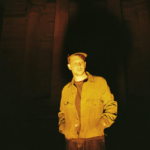 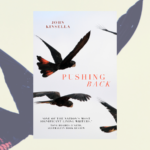 Melbourne meets Sydney with this little collaboration between The Bamboos and Urthboy on “Broken”. Taken from The Bamboos’ forthcoming album – their eighth – Night Time People, “Broken” is uplifting and evocative. Coupling Urthboy’s flow with Kylie Auldist‘s soulful choruses, “Broken” addresses strength in the face of the sometimes constant battles with mental illness that many go through on a […]

At Festival of the Sun recently, Larry caught up with Urthboy to reflect on recent live shows, the 18th anniversary of his label Elefant Traks and more! At the time of our catch up, the Sydney hip hop label was readying itself for its huge celebration gig but as Urthboy says, they’re still operating with the same ambition and […]

Festival of the Sun artists rate the Best Albums of 2016!

As we reach the end of another year, the question of what has been the best album/s of the 2016 has been thrown around. While up at Festival of the Sun recently, we posed the question to some of the artists backstage. From Mesa Cosa‘s Blood & Brains, Skegss‘ Everyone Is Good At Something, D.D Dumbo‘s Utopia Defeated and A.B. […]

Festival of the Sun returns to Port Macquarie for its 12th year in 2016, bringing with them a strong and brilliantly curated line up of Australian artists for the ride. The ‘Deep Sea Edition’ of FOTSUN this year will be hosting the likes of Gang of Youths, The Smith Street Band, Montaigne, Seth Sentry and more on the North Coast this […]

Urthboy‘s national album tour for The Past Beats Inside Me Like a Second Heartbeat wrapped up over the weekend, with shows in South Australia and out in Western Australia bringing the Elefant Traks family to many, many fans. With L-FRESH THE LION and Okenyo on support duties, this was an incredible line up of talent, both established and emerging – a […]

I’ve said it before, but mid-week shows are always outstanding. It’s not just mid-week gigs that go down a treat; it’s anything that breaks up the monotonous nature of work. While there would have been plenty of other reasons for people to have a cheeky night out on a Thursday night, for me, it was […]

Urthboy‘s tour for latest album The Past Beats Inside Me Like a Second Heartbeat has continued to gain momentum, with almost half the tour completely sold out, new dates added and now, the announcement of some special guests confirmed to join the rapper on stage! The tour bill, already packing some heat with the presence of L-FRESH THE LION and OKENYO, […]

Urthboy isn’t wasting time in ensuring longtime fans and newcomers alike know how much quality is on his recent album release The Past Beats Inside Me Like a Second Heartbeat, with the release of his new music video. For “Daughter of the Light”, the Sydney hip hop vet linked up with one of the country’s underrated […]

Paul Kelly to be honoured by Support Act at ‘Music In The House’ event this May!

Paul Kelly is set to be recognised and honoured for his services and contributions to the Australian music community at Support Act’s ‘Music in the House’ event in Sydney next month. The ceremony, taking place at The Ivy Ballroom on May 18th, will see Kelly awarded the special charity award, while artists Julia Stone, Thelma Plum and Urthboy have been confirmed […]

Urthboy linking up with L-Fresh the Lion & Okenyo for national album tour this May/June!

In The Past Beats Inside Me Like a Second Heartbeat, Urthboy has released what may be his most personal (and successful) album yet. The record has been reaping in the praise and his recent preview gigs in Sydney and Melbourne went down incredibly well – perhaps expected from the hip-hop stalwart who has remained a strong part of […]

In This Issue: The month of March is bursting with releases and this is just the first Friday of many! There are a dozen wicked records available today including Aussie hip hop darling Urthboy right on down to the return of The Violent Femmes. We’ve even included an Honourable Mentions section to fit in the […]

Urthboy has dropped the next little taster of a track from his upcoming album today, “Second Heartbeat” and has demonstrated to the Australian hip-hop mainstay’s ability to link up cleverly with talented individuals who stand out on their own, rather than be relegated to backing vocalist/drowned out guest vocalist duties. For this tune, Urthy’s brought […]

It’s been a long time between drinks for Urthboy, releasing his first music in over three years today. The new track, “Long Loud Hours”, has less of a focus on beats than a lot of Urthboy‘s earlier work, and more on lyrics. The emotive track features vocals from Bertie Blackman in choruses, soaring over piano […]