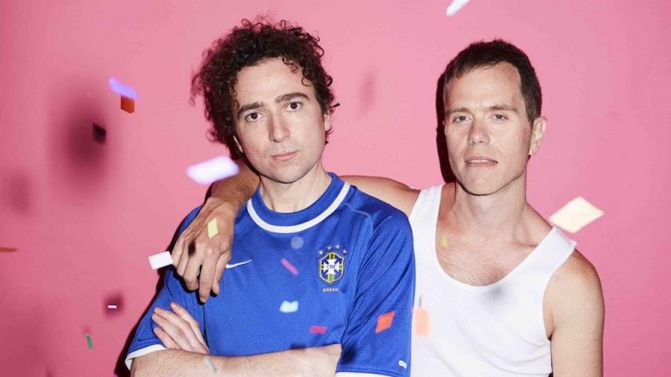 Irrespective of their time away from the musical spotlight, The Presets will always have a place in the hearts of the Australian dance music community. And despite the best efforts of some members of the crowd to dampen the nights of others in attendance, the two-piece definitely crushed the Sydney leg of their Hi-Viz album […]

The 2017 St. Jerome’s Laneway Festival kicks off in Australia this week after a successful run in Singapore last weekend and still, the new announcements are rolling out. First up, for Adelaide fans: Bad//Dreems have been added to your festival down at Port Adelaide, slotting in neatly between White Lung and Luca Brasi on the Spinning Top Stage at 3:10pm. […]

In its 13th year in 2017, the St. Jerome’s Laneway Festival returns with some names that have graced its stages before breaking out overseas, some names who will be making their Laneway debut and some names that come with a solid whack of international hype backing them. We already knew that A.B. Original and Nick Murphy (FKA Chet Faker) would be on […]

The Secret Garden Festival unveils the first 10 bands from its 2016 line up!

As Secret Garden edges ever closer, the folk behind the well-loved NSW event have given fans even more of an excuse to get excited, today rolling out a tasty artist reveal! The first 10 artists to from the event line up have been revealed, indicating that yet another memorable and diverse Secret Garden Festival is […]

Get ready to do some max chillin’ in Sydney this summer as Future Classic and the MCA (Museum of Contemporary Art Australia) team up for some awesome Summer Sunday sessions. The ‘FCxMCA’ series will see music and art meet in the surrounds of the MCA Sculpture Terrace in November and December following sold out events […]