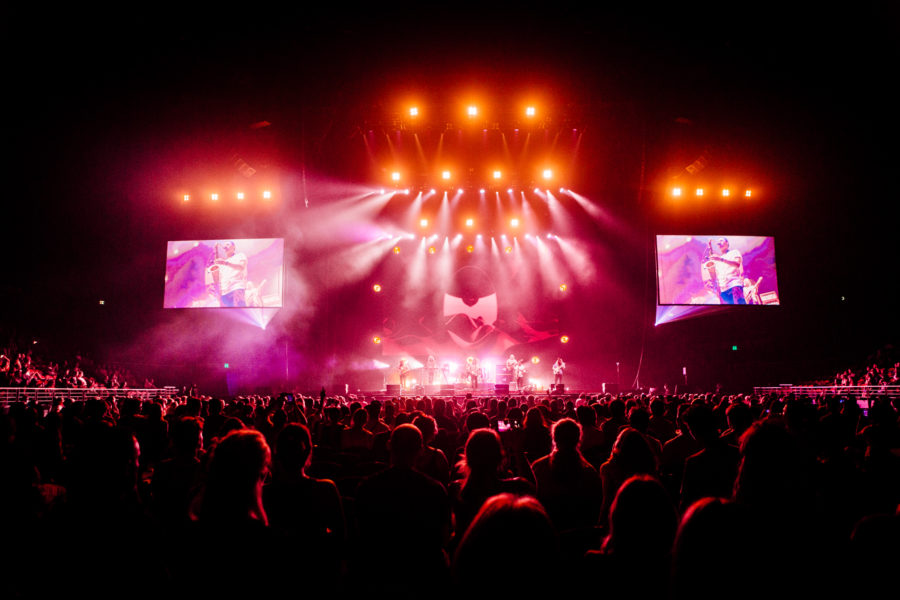 Sydney’s Qudos Bank Arena saw the largest live music event in Australia since March on Saturday night (28th). As expected, this arena show looked very different to a pre-covid world with the crowd capped to 6,000 in the 21,000 person arena, but the quality of music and the eagerness in the crowd was not diminished. […] 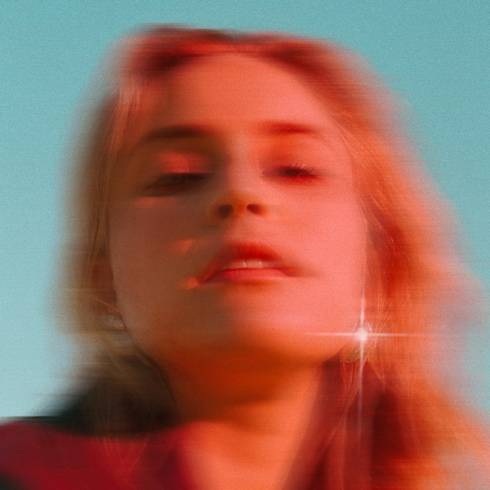 The evolution of an artist is imperative to their continued success. Sure, you could release a really great debut album and have everyone love it across the musical spectrum, and then proceed to release the same ten songs every two years for the next decade before you seemingly grow out of your target audience, or […] 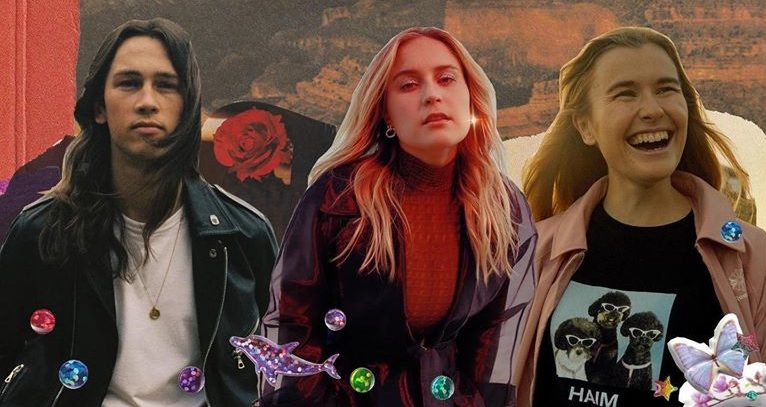 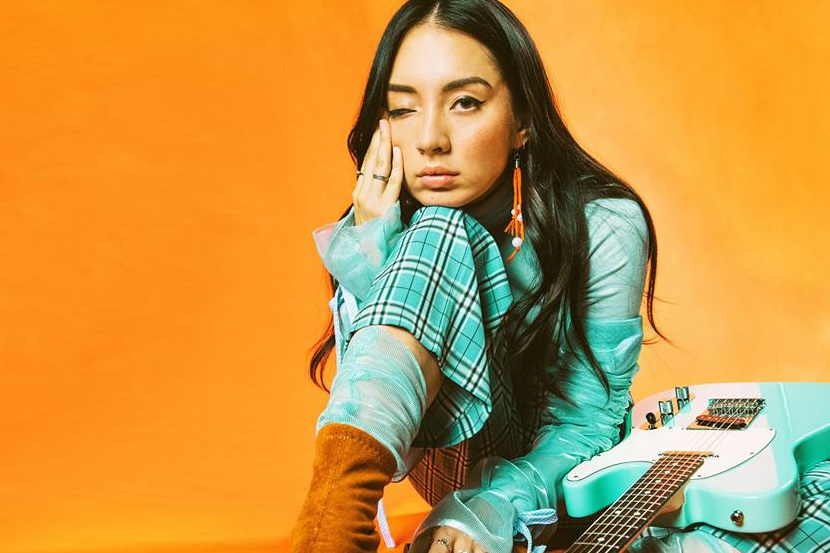 It’s that time of year when everything starts ramping up for the annual SXSW Music Festival in Austin, Texas – where from the 16th to the 22nd of March, hundreds of acts from around the world descend on the Texan capital, including dozens of Australian acts. Ten more were added this week! The ten new […] 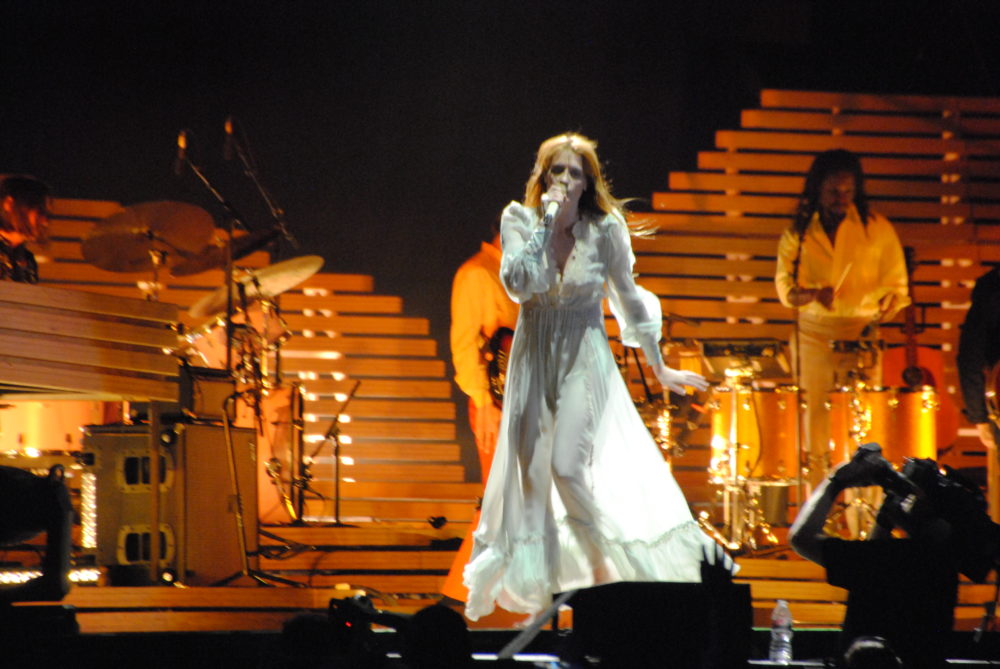 Florence + The Machine played to nearly thirty thousand people at Sydney’s The Domain this past weekend, and if you’re going to take anything away from this review let it be this: Florence Welch is so much better than all of us, in every facet possible. There’s no two ways about it. It’s as simple […] 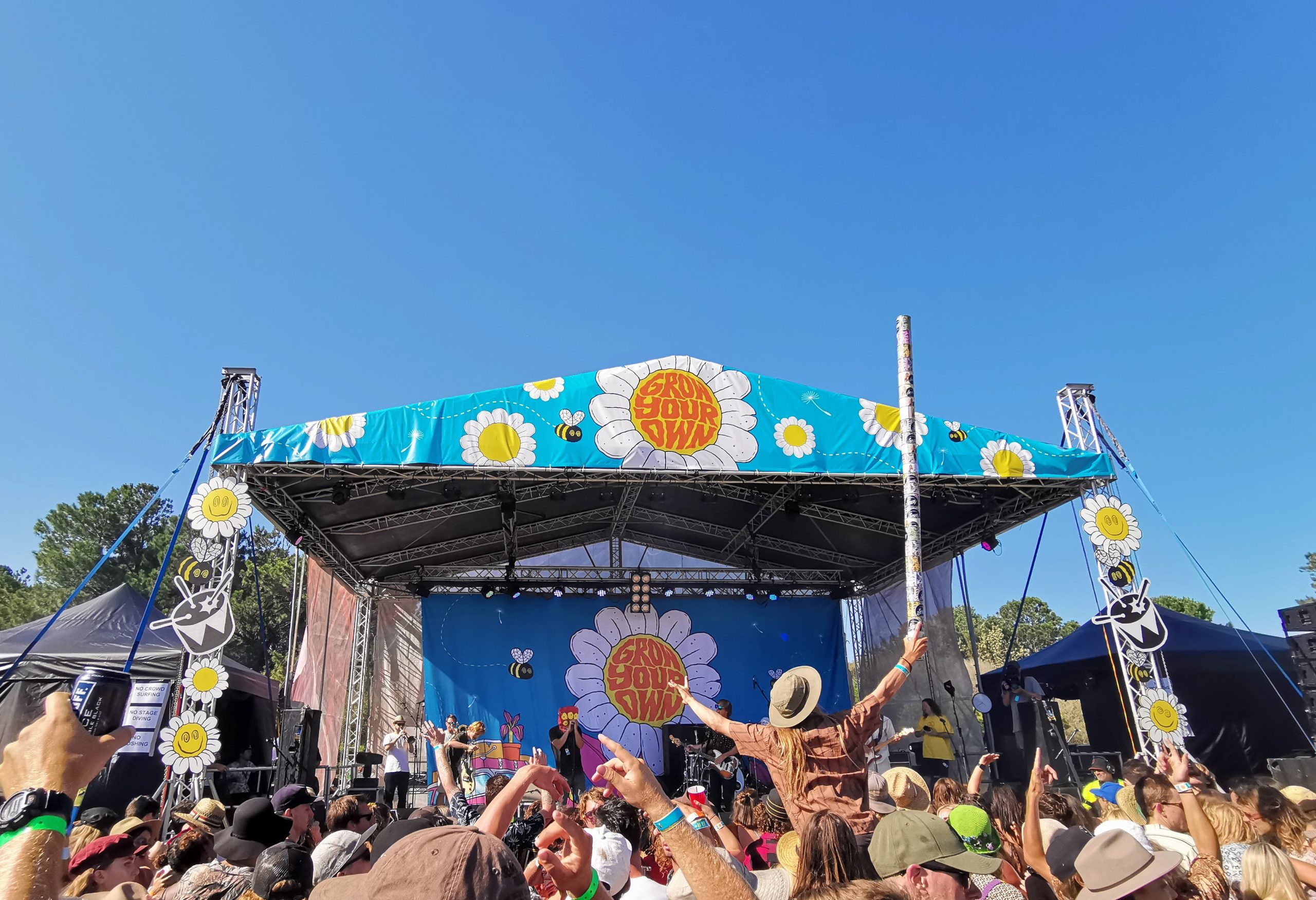 Live Review: Grow Your Own 2019 was a midsummer’s daydream festival experience

Now in its third year, Grow Your Own Festival takes place on the North Coast of NSW in the Forster-Tuncurry area. Started in 2016 by local Holly Rankin, aka Jack River, the original motivation of the event was to bring more music to the region for the youth of the area. It has since grown into […] 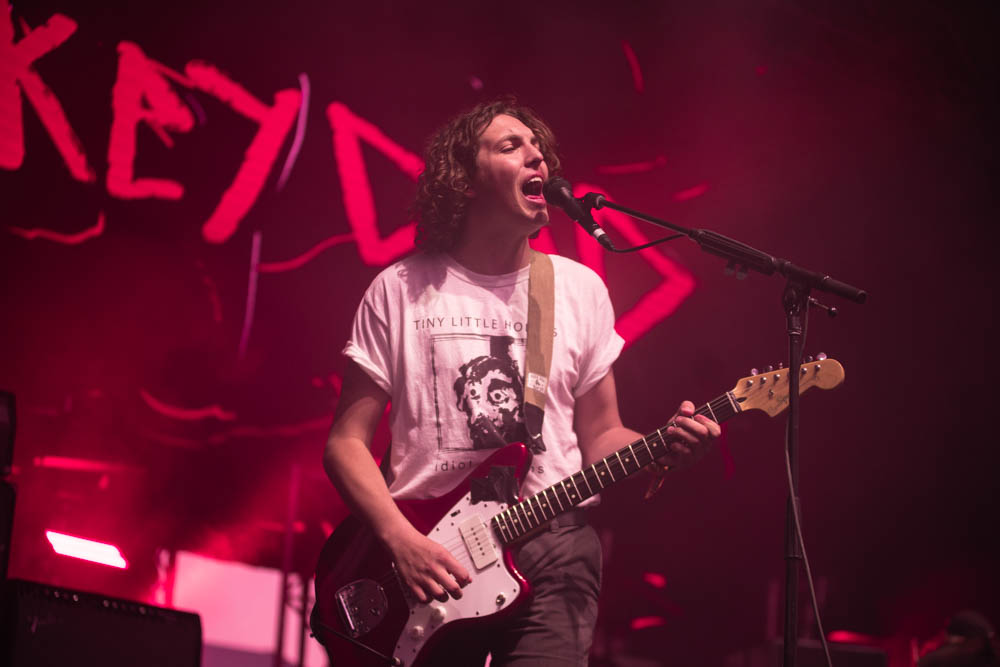 It’s finally here – the Summer season of festivals that not only provide an eclectic mix of the best acts currently touring, but require a road trip which offers the chance to visit some of Australia’s most unique and stunning regional locations. Here are our top reasons for why you need to plan a road […] 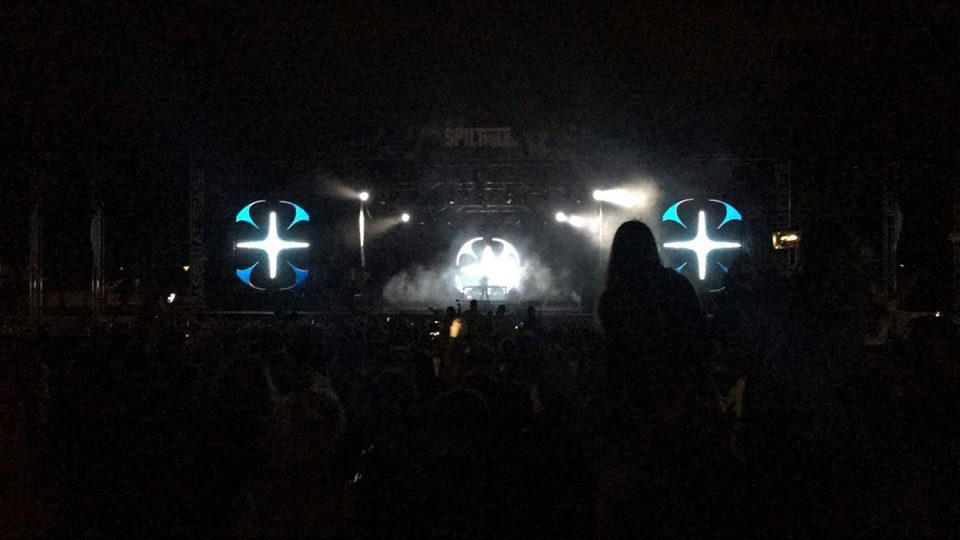 While it may just be her on stage alias, the brains, vocals and stories behind Jack River is so much more. An entrepreneur, promoter and musician, Holly Rankin brought to life her musical talents and journey as the Sydney leg of her Sugar Mountain album tour made its way to a sold out Metro Theatre. […] 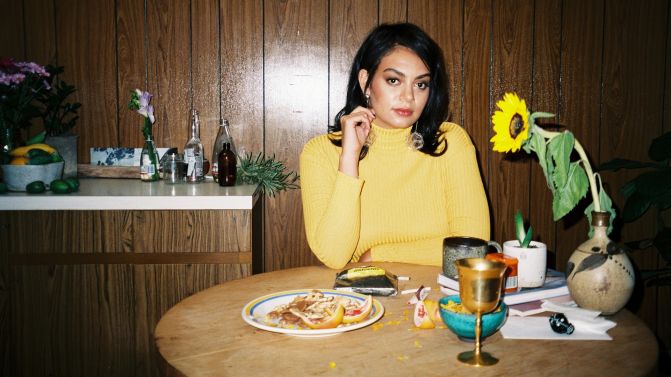 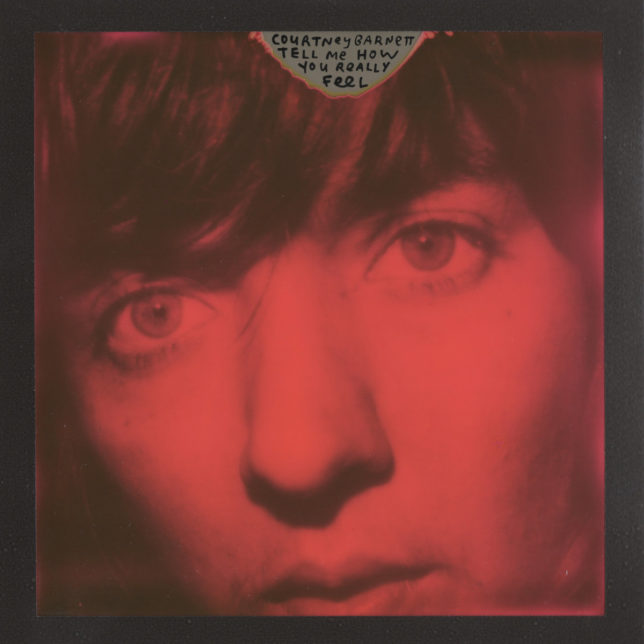 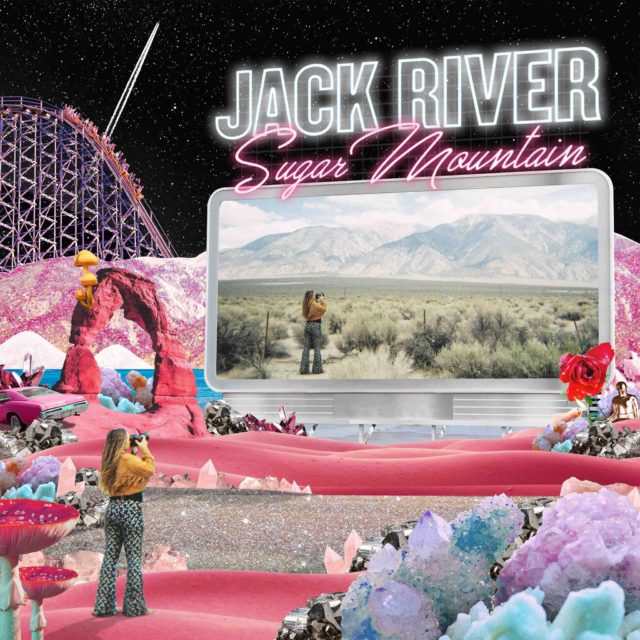 There’s always been a strange sense of beauty in melancholia and pain when conveyed in music. Whether it is how relatable or genuinely makes the listener empathise well beyond belief, that’s still up for debate. What definitely is known, however, is that Jack River manages to expertly pull off her debut album Sugar Mountain and […]

Jack River has continued to go from strength to strength recently; when she’s not helming incredible Electric Lady events, performing across the latest festival roll out, she’s been working on what’s set to become one of the biggest Australian releases this side of 2018, in Sugar Mountain. From that record has come “Limo Song” – another twisty, […]

Jack River has returned with an excellent music video for her new single “Fault Line”, released just ahead of her anticipated Melbourne Music Week appearance this weekend. The track itself falls brilliantly in line with previous Jack River releases, brimming with enough edge to keep her alt-pop firmly grounded in reality, while the glimmering high […]

Following on from its successful debut in July, the crew behind XraySpeX are coming back to the Oxford Art Factory in Sydney with another jam packed live music event, specifically catered for the underage music fans. Headlined by The Belligerents and featuring the likes of Jack River, Bleeding Knees Club and Taj Ralph, November’s XraySpeX event is proudly brought to […]

Missed out on the best new releases this past week? Don’t stress because as always, we got you. This week’s Spotify playlist introduces Melbourne’s newest soulful songstress Kaiit, some classic rock’n’roll from The Iron Horses and even a bit of stripped back R’n’B with the new one by Carmouflage Rose. Get listening below!   ———- […]

Ahead of the Electric Lady events kicking off at the end of the month and at the beginning of July on the east coast, Jack River has dropped a dreamy as hell music video for one of our favourite songs of hers, “Fool’s Gold”. Directed by Matt Sav (Tame Impala, POND), we see the lyrics of the pop song […]

Jack River on an exciting 2017 ahead for music, fuelled by kickass Australian female musicians

Jack River emerged onto the Australian music scene strongly in 2016, the release of her debut EP Highway Songs No. 2 marking her as a talent to watch. Since joining the I OH YOU family, the musician has been building a solid name for herself but has been taking her time in getting her music out there; […]

Sugar Mountain has delivered a stomper line up for 2017 proving once more its status as one of the country’s best celebrations of new music and art from around the world. Names like Blood Orange, Big Scary, Rolling Blackouts Coastal Fever, Pantha Du Prince immediately jumped out as must-sees, especially considering this Melbourne date is to be Blood Orange’s only […]

Celebrating her debut EP with her very first headline tour, Jack River will be hitting town just in case you missed her at this year’s I OH YOU BIGSOUND  after party. With a cinematic and dreamy sound with her breathy vocals, Jack River is certainly one to keep your eye on in the indie circuit. […]