Is it time Western Sydney music receives the respect it deserves? 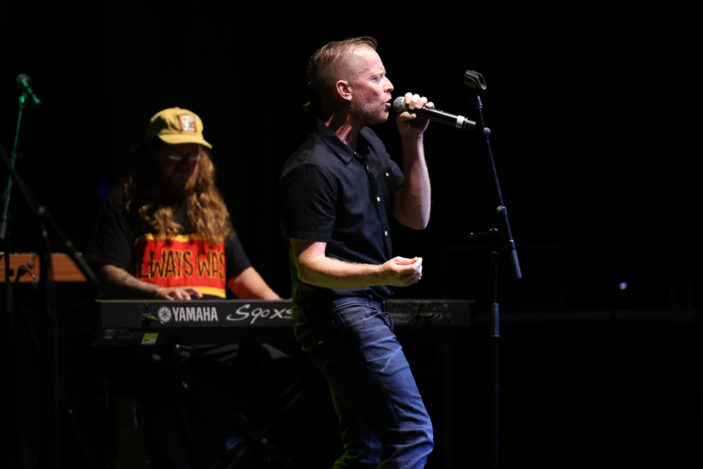 With a population of approximately 6 million people, Sydney is the largest city of Australia. And just like every other city in the country, Sydney has many suburbs, cultures, sub-cultures, communities and milieus that make it culturally and artistically rich. The most important, and often overlooked, is Western Sydney.

Always seen as the poorer and less attractive cousin of Sydney’s City, North Shore, Shire and Beaches regions, the history of Western Sydney’s ill-treatment in the media and music circles alike stems from the days Western Sydney was seen as the appropriate place by politicians to make new immigrants and working-class people move to, out of the city and away from the elite. Sadly, this still happens today, as Western Sydney is often overlooked for its successes, growth and talent, and largely only ever reported on by media outlets for negative things that I assure you happen literally everywhere else in Sydney.

I’ll be honest with you. I was born, raised and educated in Western Sydney. I’ve lived here my whole life, worked here my whole life and am a proud member of the Western Sydney community. Going to university and entering the workforce, there was always a stigma attached to the uni I attended or businesses I worked for, let alone where I came from and lived. The older I’ve gotten, the more I’ve noticed this stigma stretches far beyond your education, background and socioeconomic status. It’s sadly ingrained in Sydney’s psyche and for residents (musicians included) has generally led to many of the community being overlooked for roles, jobs and successes in favour of those on the other side of the ANZAC bridge.

Let’s start with those who’ve been killing it for ages and have honestly laid the path for other acts to follow. When I think of longevity and success in Western Sydney music, it’s amazing how much of the success revolves around hip hop. From Urthboy and his label Elefant Traks (who themselves actively and regularly sign Western Sydney acts), and Def Wish Cast, a lot of the success in Western Sydney music is owed to the strong and supportive community that hip hop fosters. This support has resulted in the local Western Sydney scene blossoming, all the while regularly being ignored by traditional media who were seemingly scared of musicians making music with a couple of swears and political lyrics.

Look at acts like Thundamentals and Hermitude. Two of the most prolific groups of the past 15 and 20 years respectively, they’ve been mainstays on festival lineups and radio play, all the while building massive and loyal followings throughout the Golden West. To an extent, these acts have done the hard yards to set the scene for so many acts within the Western Sydney landscape that have followed.

Look at the success and noise around One Four in the past couple of years; Kwame, B Wise, Manu Crooks, Blessed, L-Fresh The Lion and Triple One‘s hip hop verses and collaborations, or more recently Hooligan Hefs, Chillinit and Big Skeez. Even the host of triple j’s breakfast show and DJ, Ebony Boadu, is from Penrith; the best of the west. It’s fair to say these acts, stemming from working-class and multicultural backgrounds are now in a position to shape the next generation of kids whom previously may have struggled to be represented and seen in the musical landscape. It’s amazing what representation and visibility can do, hey?

A little further away from the hip hop scene, you’ve got your folk and indie acts that have carved their own niche in a scene that chews you up and spits you out just as quickly. Bands like Cloud Control, who released the acclaimed Bliss Release in 2010; an album that was near impossible to escape at the time of its release and undoubtedly shaped the sounds of many bands that formed over the past decade. You’ve also got the brilliant Julia Jacklin (her Crushing album will forever be a masterpiece) and Montaigne, two acts a couple of albums deep that are more than capable of selling out national tours with ease. I mean, Montaigne represented the country in Eurovision; it’s pretty impressive even if she wasn’t from Western Sydney.

And how about Kelso, the solo project of Kelly-Dawn Hellmrich of Camp Cope, a band actively seeking the betterment of females and the LGBTQIA+ community. Ahead of their third album’s release, Camp Cope are shaping to be one of those bands that will be pivotal in the shaping of the next generation of female musicians. Again, it’s the representation and the infallible nature of representation that is pushing the best of Western Sydney to the top.

What about the pop scene, you ask? Surely Western Sydney doesn’t have that too? Look no further than Five Seconds of Summer, unquestionably the biggest Australian band of the past 10 years. Hailing from the Hills, these guys took the world on and won. Keeping it a little more domestic than 5SOS’s success, you’ve got triple j Hottest 100 winners The Rubens and Becca Hatch, all of whom (as well as Safia and Kerser) hail from South Western Sydney.

Speaking of the southwest, there’s been plenty of prominent, progressive and up and coming labels started by and based in the West. From the previously noted Elefant Traks, to I Oh You (founder Johann Ponniah comes from Campbelltown) and recently established Broth Records (set up by former Gang of Youths guitarist Joji Malani, himself a Western Sydney legend), these labels have all been pivotal in shaping the Western Sydney music scene of the past 20 years and hopefully the next 20.

In the scheme of things, Western Sydney is just a drop in the global music ocean. It might only be a drop, but it’s no less important than any other drop and it’s about time traditional media began and continued to take notice. Western Sydney is a tour-de-force musically, socially and culturally that deserves to be acknowledged and respected.

The multicultural communities that shape Western Sydney make the population better than we can truly know and that has been acknowledged in the past. It’s this wealth of difference that sets the West apart from every other area of Sydney; a difference that makes the West gold and oh so more attractive.