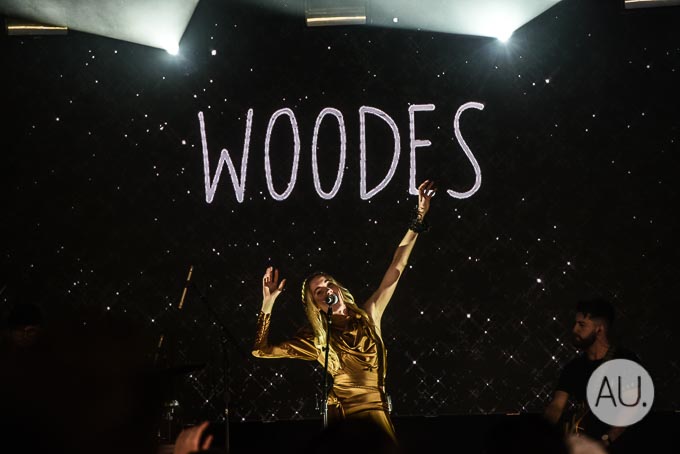 In our final interview from Splendour in the Grass 2018, we sit down with acclaimed Townsville artist Woodes, who is just about to hit the road on a tour in support of her latest single “Change My Mind”. We talk about the track, her experiences touring with City Calm Down and how her live show […]

The Great Escape kicks off in Brighton, UK, this Thursday, and once again it’s a year jam packed full of incredible music from the UK, Europe, North America, Asia, Australia and everywhere in between. It truly is the event for international tastemakers to get their first taste of the biggest up-and-coming acts the world. And […]

The Kite String Tangle doesn’t do things by halves, oh no. The QLD producer and songwriter has been busy preparing for some highly anticipated shows with the Queensland Symphony Orchestra for the Wave Festival, not to mention a swag of international shows but still, Danny Harley has managed to come through and end his week with a new […]

In mere months, Primavera Sound Festival will return to Barcelona for its eighteenth edition from May 30th to June 3rd. Scheduling a lineup across a wide range of genres, we’ll hear from the likes of Arctic Monkeys, The National, Bjork, Nick Cave and the Bad Seeds, CHVRCHES, Father John Misty, The Breeders, A$AP Rocky and […]

Got your Splendour schedule locked in? You might want to leave a few spots open. One of Australia’s biggest and best music festivals is a gold mine when it comes to discovering new music or watching that mid-card act completely own the entire festival and make you wonder why they weren’t top-billed in the first […]

It’s been a long time coming but finally, Danny Harley aka The Kite String Tangle, will be releasing his debut album to fans and newcomers alike. Officially out today, The Kite String Tangle’s self-titled record has been a labour of love, a challenge and a creative journey for Harley, one he told us more about during a recent […]

The full programming for Little BIGSOUND has been released today and when it comes to representing the emerging local scene in Brisbane and the artists who remain at the forefront of exciting as hell music, the conference has definitely got attendees covered. The one day conference returns on July 29th, aimed at 15-25 year olds to […]

This year’s Red Deer Festival returns to Brisbane this October for another surefire blinder of a BYO weekender while also providing a platform for some great emerging, and greatly-missed, Aussie talent to do their thing on this ‘Space Oddity’. Sure, the theme of Red Deer this year may be shooting for the stars but bear in mind, […]

Perth’s most nomadic festival returned to the city foreshore for the 2015 instalment over the weekend, bringing back previous innovations of the Teepee Village, that super casual boutique vibe and of course some killer artists. Though the weather felt like it was going to be a torturously windy day, the parameters of the festival seemed […]