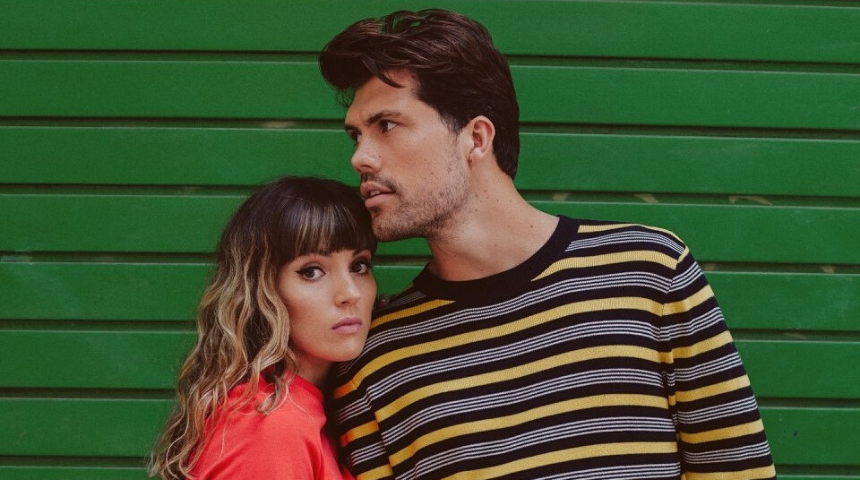 UK duo Oh Wonder have dropped their latest single “Better Now” and it’s an absolute cracker! Currently hard at work on their third album, Oh Wonder are regarded as one of Britain’s best kept secrets, with some 2 billion streams and over a million global record sales under their belt. Beginning as a musical friendship […]

One of our favourite groups out of London in Oh Wonder will be returning to Australia next year for Sydney City Limits and have been awesome enough to lock in some headline shows around the country for fans unable to get to the festival too! The duo will be heading to venues in Melbourne, Brisbane, Perth and […]

Music has always served as one of the most important things in my life. It is an escape, a way to deal with your problems and serve as a reminder someone else understands. Live music brings that feeling to a level 10. Concerts and music festivals are spiritual experiences for me. It’s my favorite kind […]

Saturday at ACL started hot with the blistering sun and ended even hotter with the incredible headlining sets from Kendrick Lamar and Kygo. Nothing can signify the electric and diverse lineup more than the headliners Saturday night. On one side of the festival was the Compton born rapper who has skyrocketed to be one of hip hops greatest […]

Flume, LCD Soundsystem and more help close out the 25th year of Lollapalooza in Chicago

Lollapalooza closed outs its 25th year celebration in big time fashion Sunday night. Sunday night lacked the giant headliners that Friday and Saturday had but had plenty of star power and variety to close out in perfect fashion. LCD Soundsystem and Elle Goulding had the honors of closing out the two main stages. The two […]

Catching up with Oh Wonder (UK) ahead of a wild year of touring and new music!

When I sat down with London duo Oh Wonder at The Great Escape, we were a world away from the last time we met, just prior to New Year’s Eve at the Falls Festival in Victoria. For one thing, it wasn’t 40-something degrees. For another, we’d swapped the makeshift backstage set up at Mt. Duneed for […]

British duo Oh Wonder broke out as an exciting musical outfit to be listening to in 2015; their story of releasing one song a month via their Soundcloud for a year has turned them into a band that people have wanted to find out more about, the cultivation of a strong fan base without having […]

It’s an interesting concept. Release one song a month for a year via SoundCloud and see what happens. One would think that, given the amount of music currently floating about on the internet by independent, unsigned artists, it would be easy for content to fade out and not make a scratch on the consciousness on […]

The response to the first Australian dates by London duo Oh Wonder was overwhelming, with tickets selling out within 48 hours of going on sale. As a result, both shows were upgraded – with Sydney subsequently selling out, and Melbourne soon to follow. Supporting them at their Melbourne show at the iconic Corner Hotel will be […]

The first round of artists confirmed to be Brighton-bound for The Great Escape in 2016 have been announced, with a stellar list of Australians in the mix! Celebrating its 11th year running in 2016, the music festival will be no doubt showcasing some of the best emerging talent from around the world over three days […]

We’re two months out from the Falls and Southbound festivals kicking off for another year and like previous years, tickets have been flying for the events held around the country over the New Year’s period. With the likes of Foals, Bloc Party andThe Wombats headlining, the festival tour this year has represented a strong line […]