Margy Noble caught up with Alex Wilson, bassist of massive Australian post-rock outfit sleepmakeswaves, to chat about their epic ‘traced in constellations’ tour, what their future holds, and bromance. How was your gig in Wollongong last night? I’m still recovering from seeing you on Sunday at the Corner Hotel. It was really good – it […]

Not long now until sleepmakeswaves are back on the road and we cannot wait. The post-rockers have been continuing to make a well-regarded name for themselves overseas and with their August Australian tour set to bring them to all the major centres with the equally as talented Contortionist and Tangled Thoughts of Leaving, this tour has really turned into a […]

sleepmakeswaves returning home for ‘traced in constellations’ tour in August!

The sleepmakeswaves boys are currently cutting it up in the US and they’re not looking to slow down either. The Sydney band have just announced 50 shows taking in venues in Australia and across North America – bringing US prog-rockers The Contortionist and Perth’s Tangled Thoughts of Leaving on the Australian tour this August! The ‘traced in constellations’ […]

Festival of the Sun 2015 was a little bit of a bittersweet show for Sydney’s sleepmakeswaves, as they wind down time with original guitarist, Kid Khor. Backstage, Larry was joined by Alex Wilson and Otto Wicks-Green to chat about the band’s final gig with their brother, touring overseas and where the band is headed in […] 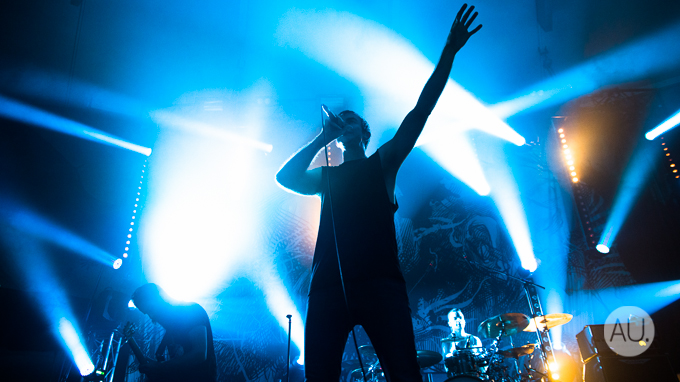 Karnivool played their 2nd show at the UNSW Roundhouse on Saturday night with support from Dead Letter Circus and Sleepmakeswaves. Photos by Gwendolyn Lee.

Live Review: Sleepmakeswaves + This Is Your Captain Speaking + These Hands Could Seperate The Sky + Lunaire – East Brunswick Hotel (22.07.2011)

I remember being so impressed when I heard my first post rock song – “Sleep” by Godspeed You! Black Emperor. It changed my musical life and brought a whole new perspective on listening. Music was more than just a 3 piece band and a vocalist. This new genre was an exciting and uncharted area for […]