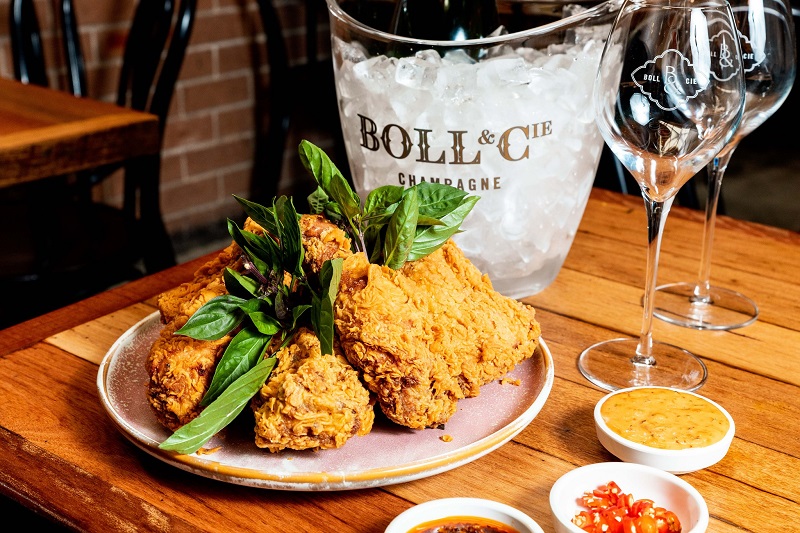 Reopened restaurants have been putting their best foot forward to celebrate the fact they can welcome dine-in guests once again, and this popular Vietnamese restaurant in Sydney’s Marrickville is not holding back. The team at the formidable Hello Auntie on Illawarra Road has created what they are claiming as the world’s first pho-brined fried chicken. […] 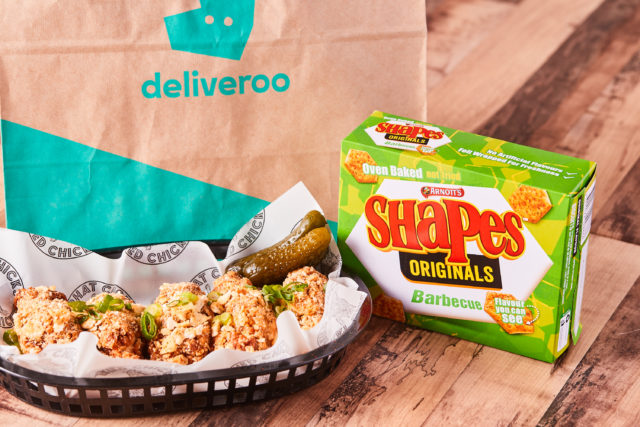 Fried chicken fiends have been flocking to Wish Bone since the long-awaited restaurant opened at the former site of The Gretz on Enmore Road. Though their award-winning bar is no more, the Hartsyard team have a guaranteed winner on their hands with this new venture, which puts the focus on the jaw-droppingly good fried chicken […]

Surry Hills’ popular fried chicken and sneaker hybrid Butter is officially expanding out west, opening a two-level concept store in Parramatta this week. The hip hop flavoured shop will be much bigger than the Surry Hills store, which has built a cult following over the past year and a half. Chicken, champagne and sneakers will […]

Chargrill Charlie’s team to open a store in Annandale (Sydney)

Sydney chicken institution Chargrill Charlie’s (also known as Justin Bieber’s favourite chicken shop) is hopping on over to the inner-west for its long overdue tenth incarnation, opening up in Annandale this weekend Saturday 16th September. Not only should you care because they regularly fry up some seriously excellent fried bird, but their also celebrating the […]

Teaming up with Puma for Arsenal FC’s first visit to Australia in 40 years, Surry Hills fried chicken and sneaker joint Butter has gone through a bit of a makeover, borrowing a bright shade of red from the limited edition and never released Puma Arsenal Suedes​. In addition to giving away 50 pairs of the […]

Butter, Sydney’s ever-popular purveyors of buttery fried chicken, have decided to tackle winter head-on with a limited edition add-on to their menu. It’s a fried chicken ramen of course, replacing your typical pork chasu with two crispy fried chicken tenders to swim around in a Tonkotsu style dashi and chicken broth alongside thin noodles, ajitsuke […]

Welcome to Burger Watch, where we acknowledge the constant creativity bursting from all sides of the epic burger wave that regularly sweeps Australia. The highest-of-high demand is reserved for this timeless food staple and just about every interpretation of it, whether it to be an over-the-top glutton-fest or a focus on simple burgers done well. […]

It’s always a good time when an established brand reaches out to some of Sydney’s finest to do a collaboration. It often leads to inventive franken-foods, and this one right here is absolutely no exception. The brand is Nespresso. The Sydney vendor is “sneaker ‘n’ fried chicken” shop Butter. The collaboration: well, the headline says […]

By day, fast-casual chain Saké Jr is a health-focused Japanese inspired smorgasbord of fresh DIY Japanese bowls and sides. With an injection to their menu from renowned chef Neil Perry, the increasingly popular chain has introduced a “Jr By Night” menu that pushes into a different kind of vibe, with a special night-only offering including […]

Taco shells made out of fried chicken are spreading across the U.S.A

Look we can get pretty crazy down here in Australia with our hybrid foods and pop-culture themed eateries, but our love for food that shouldn’t exist is nothing compared to what’s going on over in the States. The latest is Taco Bell, who through last year have been trialing taco shells made out of fried […]

Sydney got its first ever food festival dedicated to some of the city’s best fried chicken and wine with Birds of Redfern back in July, a curated line up that brought in the likes of Hartsyard and Mitch Orr to deliver crispy greatness while Cake Wines took care of the locally made drops. It was […]

From Roadrunner Fried Chicken to Korean Fried Chicken Truck, there are plenty of mobile food vendors in Melbourne who dabble heavily in the art of fried chook. It’s about time some grease-loving geniuses rounded all those trucks together for one very big, super crispy festival. The folks behind Preston’s The Food Truck Park are those […]

Birds of Redfern: Sydney is getting its first ever fried chicken festival

If it ain’t burgers then it’s fried chicken. Sydney’s obsession with crispy, soul nourishing birds is about to be taken to the next level with Redfern based Cake Wines teaming up with Andrew Levins to curate a festival of some of the best damn fried chicken in the city. Taking place at Cake Wine’s Cellar […]

Belles Hot Chicken will open a 110-seated restaurant in Sydney!

Chicken lovers rejoice!! Chook king Morgan McGlone and co-owner Miranda Campbell of Belles Hot Chicken have finished their search for a permanent venue in Sydney, buying up a large space at Barangaroo so that when their nearby pop-up finishes, the institution will be setting up a full 110-seated restaurant right around the corner. The hugely […]

There has been an explosion of chicken in Sydney as of late; see newbies Butter and Thirsty Bird, established favourites like Chicken and Sons and The Chicken Institute, and now Juicy Lucy, the second venue from the crew behind highly reputable, Thai-inspired restaurant Sugarcane. Things are a bit different here though; rather than ride the […]

The team at Surry Hills staple The Carrington are readying their b-boy stances, preparing to turn the venue into The Hip Hop Chicken Shop from 5pm every Saturday throughout February with a specially designed chicken shop inspired menu backed by an equally delicious soundtrack of nothing but hip hop. While the venue’s boomin’ system is […]

We already know that the Barangaroo precinct will be home to Sydney’s Noma pop-up, but details are slowly starting to roll in of the other exciting venues looking to complete the development’s food element. Melbourne’s hugely sought-after Belle’s Hot Chicken will open at Barangaroo from November 19th, staying on at the harbour-side hub for 10 […]