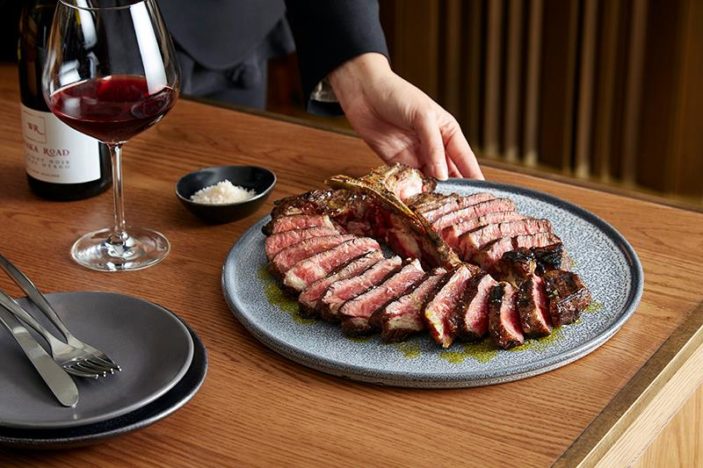 Whenever Father’s Day comes around Sydneysiders are tempted in every direction by some of the city’s top restaurants, all of which offer up special menus to help you treat dad the right way. It’s often one of the best days of the year to really tease out a dining destination’s finest dishes at reasonable prices, […] 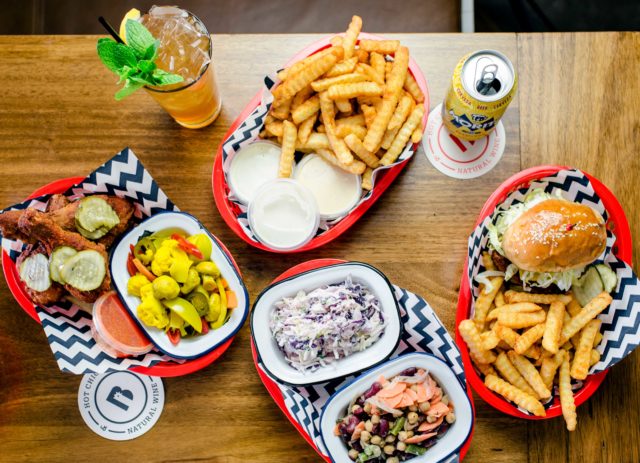 Belles Hot Chicken have this week launched their very first guest chef series, dubbed “Rulers of the Roost”, which will be highlighting a superstar chef line up to join founder and chef Morgan McGlone across the Sydney and Melbourne venues of the famed chicken joint. Each guest chef will be creating a one-off, event-only menu […]

Launched just a few weeks ago, the legendary Belles Hot Chicken has worked with Melbourne-based hospitality group 100 Burgers to officially squeeze into their very own food truck. The super popular chicken restaurant, which now has locations across Melbourne and Sydney, finally making the leap to mobile dining follows the appointment of Belles chef Morgan […]

Last week, the latest culinary collaboration hit Sydney, as fried chicken experts Belle’s Hot Chicken teamed up with renowned Malaysian chain PappaRich to create the “Ultimate Fried Chicken Sandwich”. And indeed, it’s a dish not to be missed by fans of the delicacy, as the unique Malaysian flavours blend in with Belle’s take on Southern […]

Once again The Age Good Food Month brings the month-long food and drink festival down from Sydney to the world’s most livable city and its surrounds, tasking some of Victoria’s finest with more than 100 events designed to show off the best, most creative sides of the state’s lauded food and beverage scene. From today […]

The Streets of Barangaroo: here’s what to expect from the waterfront precinct (Sydney)

With the successful Wulugul Pop Up at Barangaroo winding down in August everything seems to be moving into place for The Streets of Barangaroo to truly spring to life. Over the next few months Sydney is going to start to see the permanent bars, restaurants, and retailers who will making up the character of this […] 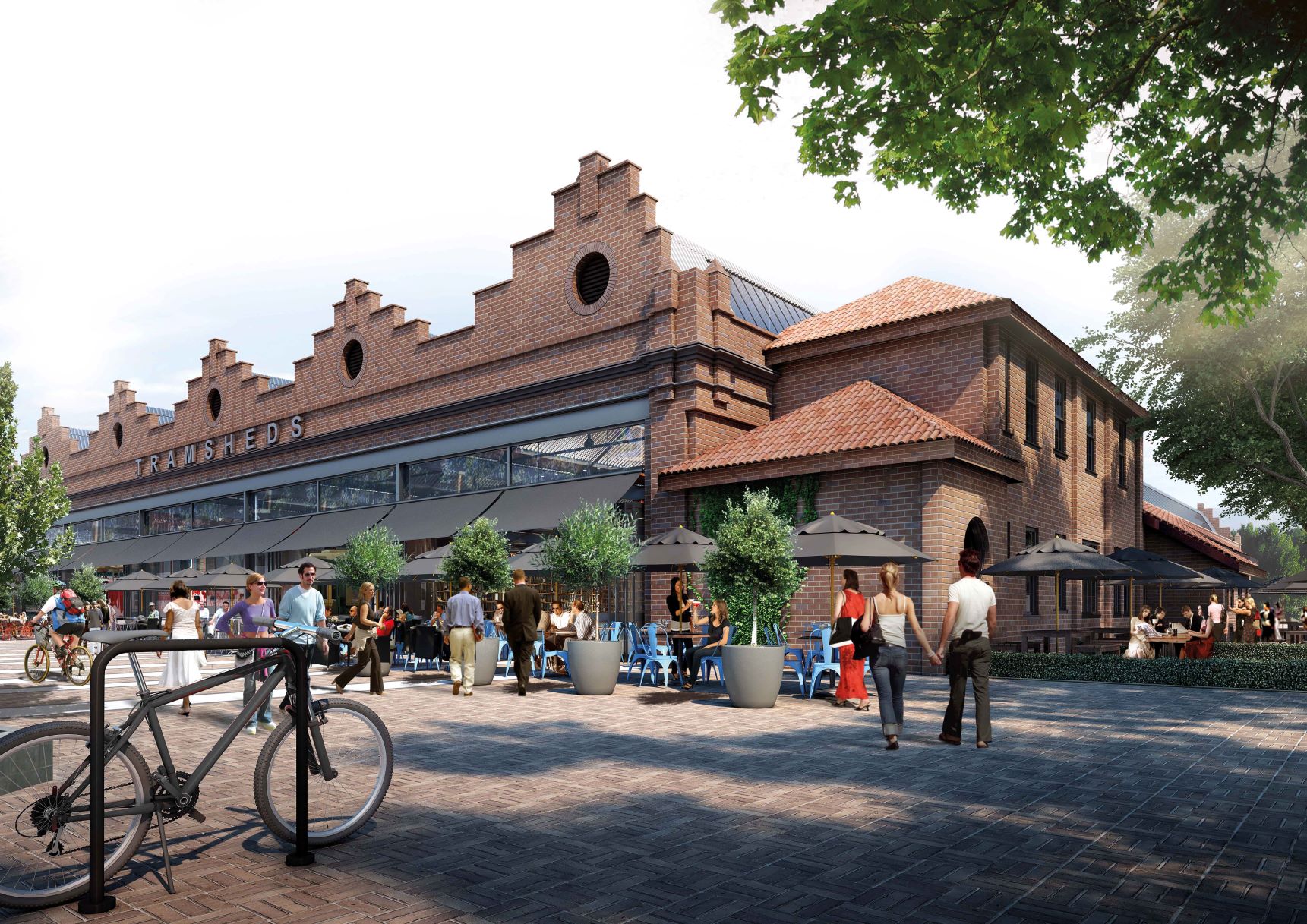 In the coming months the city of Sydney is going to be seeing a major shift with retail and food precincts, from Circular Quay – with Gateway Sydney – to the inner-west suburb of Rozelle – with a major revamp to the old 1904 Rozelle Tram Depot. Tramsheds has to date been one of the […]

Since it began last year, temporary precinct Wulugul Pop Up along The Streets of Barangaroo has been a regular go-to spot for hungry, thirsty Sydneysiders craving the likes of Belle’s Hot Chicken, Gin & It, and Chaco Bar in an open-air harbourside experience. The end of July sadly brings the close of this pop-up, as […]

Belles Hot Chicken will open a 110-seated restaurant in Sydney!

Chicken lovers rejoice!! Chook king Morgan McGlone and co-owner Miranda Campbell of Belles Hot Chicken have finished their search for a permanent venue in Sydney, buying up a large space at Barangaroo so that when their nearby pop-up finishes, the institution will be setting up a full 110-seated restaurant right around the corner. The hugely […]

Next Wednesday 6th April will see a big change to the food offerings at Harpoon Harry as Morgan McGlone (of Belles Hot Chicken) takes the reigns as food curator for 2016 at the venue’s Public Bar, then eventually moving up to refine the upstairs Dining Room menu as well. The partnership was announced earlier this […]

One of the most delicious and eye-opening months on the city’s busy calendar is back this March as the Melbourne Food & Wine Festival (MFWF) returns from 4th to 13th March. Over a week of exploratory culinary events and wine showcases will take place throughout the city, with a very loaded program featuring some of […]

Since reopening at Surry Hills’ historic Hotel Harry, the street-level diner known as Harpoon Harry has been serving up some worthy latino-inspired fare, but that’s all set to change come April as the kitchen welcomes famed Belle’s Hot Chicken owner Morgan McGlone to give the menu a complete refresh. McGlone, who can currently be found […]

Sydney Pop-Up: Wulugul Pop Up at The Streets of Barangaroo

By the end of 2016 there are expected to be around 80 permanent food, drink, and retail options at the site of Barangaroo, one of the biggest developments Sydney has ever seen. To give us a taste of what a day and/or night out at the precinct would be like we currently have the Wulugul […]

Live music and baller baskets of fried chicken will be painting the scene at Bondi’s Icebergs Dining Room & Bar next month, as the famed Belles Hot Chicken takes over the venue to host a massive party on January 10th. Dubbed Bellesbergs, the party will be bringing in the likes of Grizzly, Jungle Snake, Dreamcatcher, […]

We already know that the Barangaroo precinct will be home to Sydney’s Noma pop-up, but details are slowly starting to roll in of the other exciting venues looking to complete the development’s food element. Melbourne’s hugely sought-after Belle’s Hot Chicken will open at Barangaroo from November 19th, staying on at the harbour-side hub for 10 […]