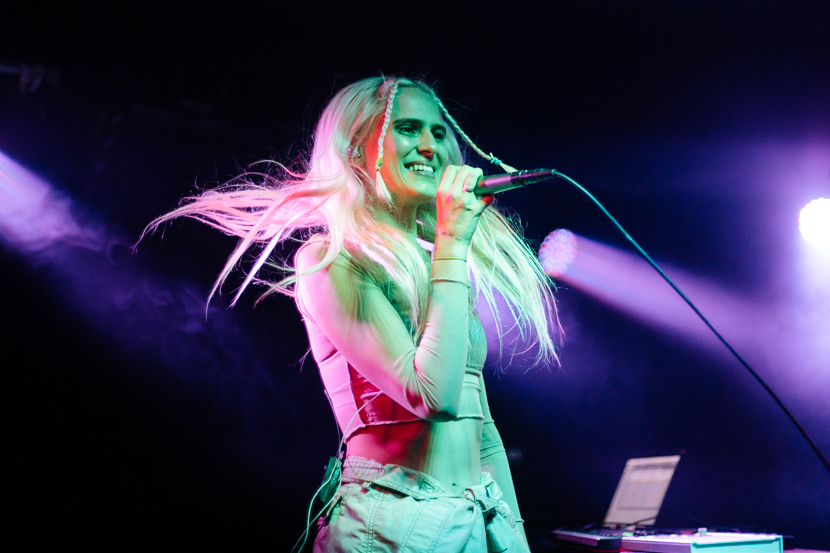 Supported by Lupa J and QT, Banoffee took some time out from touring with Charlie XCX and Taylor Swift to play some new and old material for us at the Lansdowne Hotel in Sydney on Monday night. Photos by Belinda Dipalo.

Lupa-J. A name you may have heard about the traps through 2016 and in these early months of 2017, but with her new single “Put Me Back Together”, you’re set to have this inventive artist in your head much more permanently. Like previous releases and remixes, Lupa-J’s style is one of boldness and unique flair. […]

Sydney and Melbourne come together for some glitchy goodness, with Lupa J taking control of Kalacoma‘s enticing single “Knives” and putting her flair to the original. Taking it to a dense and gorgeous aural sphere bands like Radiohead occupy so well, the production and delivery of “Knives”, as a musical piece, bleeds intrigue and eccentricity. Kalacoma’s signature electronic vibes […]

Acknowledging the crowd put in a pretty solid effort for a Sunday night before they left the stage, UK outfit Crystal Fighters had their Sydney audience singing and dancing along to every track of the hour-or-so set. The show marked the end of their brief run of performances in Australia, which included shows in Melbourne […]

Emerging Melbourne dark electro trio RKDA are fast getting their name out there as a band to watch; their debut EP CS has been released to eager ears and so far, has been generating positive response for its captivating and ambient elements, not to mention some killer production laid down on all tracks. Laura – writer, vocalist, synth magician […]