The Preatures, Holy Holy & more announced for Festival of the Sun 2017

Festival of the Sun returns to Port Macquarie this December, looking to sell out quickly too, if previous years’ ticket sales are anything to go by! Long regarded as one of the east coast’s most popular festival events, Festival of the Sun hasn’t changed its blueprint one iota. Still completely BYO, FOTSUN has retained its family […]

You can’t deny that Peking Duk (Adam Hyde and Reuben Styles) are a force to be reckoned with, with their recent single ‘Stranger’ (ft. Elliphant) scoring #7 in 2016’s Hottest 100, and already hitting double platinum. The rambunctious Aussie electronic music duo have just announced a huge tour through all five states, with regional and capital shows, on their ‘Clowntown’ Tour. They’re […]

Ivan Ooze fans will have multiple chances to see their boy on stage over the next few months, with the young rapper touring his new mixtape ’93 KFC Rotisserie Gold around the country. Set to capitalise on a successful set at Beyond the Valley over New Year’s and recent support slots backing the Wu-Tang Clan earlier this year, Ivan […]

Ivan Ooze last night found himself in a bit of a social media bind, that opened up a whole other conversation that many keep coming back to time after time again. The rapper foolishly uploaded an Instagram video to newly made account @unicorn.tracy of himself Crip walking. A bit of fun, quite clearly, but the caption […] 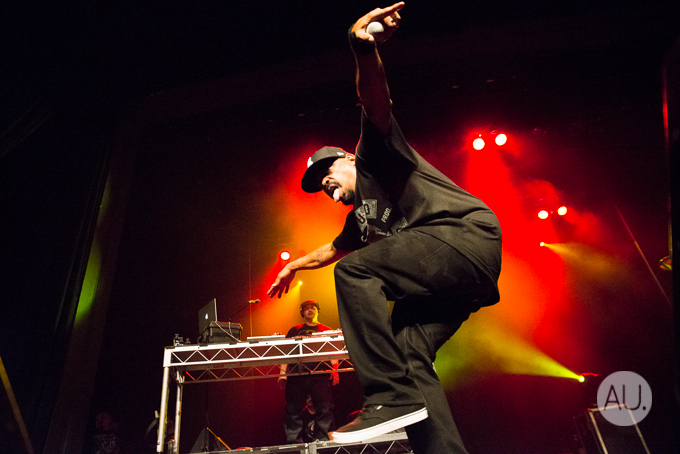 Cypress Hill smashed their Sydney show on Sunday night, supported by Coin Banks and Ivan Ooze! Gwen Lee brings you these photos from the show.