We at the AU are a huge fan of amazing bills of Australians going to tour overseas together, and your latest favourite threesome have just announced they’ll be playing some shows in the US and Canada together for the first time. Aussie acts Didirri, Alex The Astronaut and Jack River are all headed to SXSW this year, so they’ve added a few dates together around North America to showcase their music to fans in LA, New York and Toronto. It’ll be a rare chance to see all these acts together, playing intimate stages for lucky fans – and those keen to discover some great new music.

Following their dates in Austin for SXSW, the trio will head to LA’s Bootleg Theatre – no strangers to Australian acts over the years – on March 24th, then onto New York’s Baby’s All right on March 26th and finally ending in Toronto, Canada at The Drake for March 27th.

For Didirri, the shows will come not long after he appears as one of the finalists on Eurovision: Australia Decides, and hot off the heels of winning a National Live Music Award – an accolade also enjoyed by Jack River in December 2019, who has a new EP about to drop – Stranger Heart – on Valentine’s Day. Alex The Astronaut, meanwhile, recently toured Europe with Australia’s Hollow Coves, and hit the road in Australia last year with Vera Blue. Her Facebook Page also seems to suggest she’s got some new music coming out later this week. So it’s going to be a busy year for all three of these legends.

Tickets to all shows are on sale now. Grab your tickets and more details HERE. 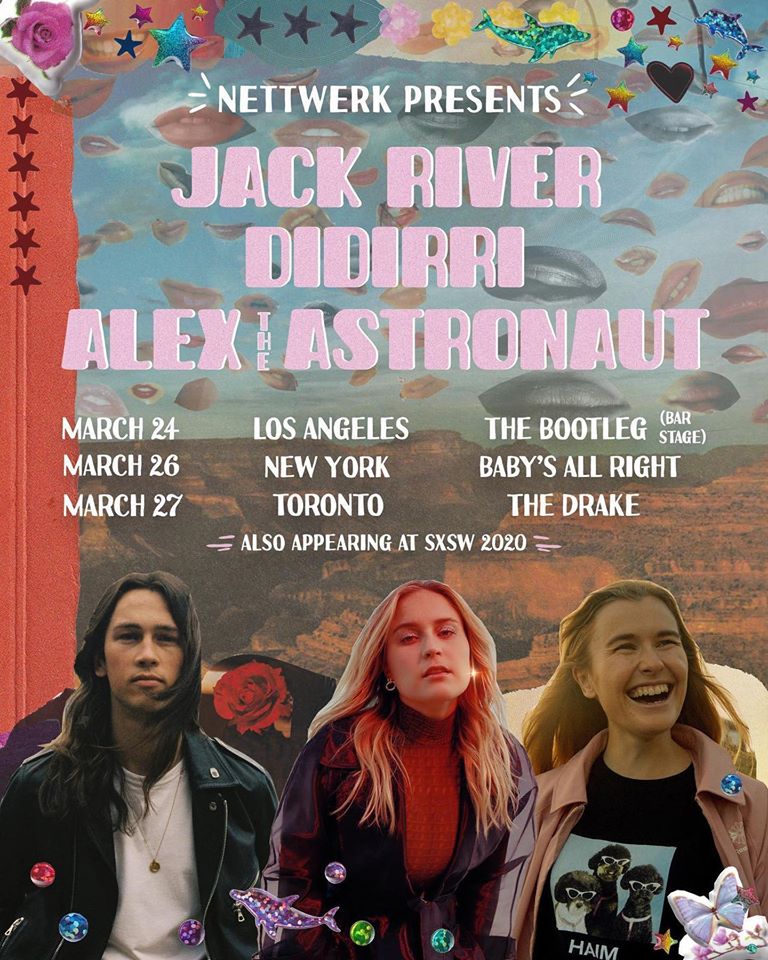