King Gizzard and the Lizard Wizard

We know King Gizzard fans have been hanging out for this one for some time now – from June through into August, the Melbourne group are going to be out on the road with a show that really is like no other going around at the moment! With their new album Nonagon Infinity now out, King Gizzard and […]

All artists are unique, but some are more unique than others. King Gizzard & The Lizard Wizard are without doubt one of the more quirky musical acts doing the rounds, and this video for “Trapdoor” is certainly no exception. I can’t really do the music justice by attempting to describe it through words, but the […]

You could be forgiven for dismissing King Gizzard and The Lizard Wizard as a novelty. Their name alone sounds like it was created using some kind of random name generator, they have enough band members to field a football team and they seem to release something new every time the seasons change, but as always […]

Courtney Barnett, Jess Ribeiro, Totally Mild and The Peep Tempel among the nominations for the Age Music Victoria Awards 2015

The largest publicly voted music awards in the country, The Age Music Victoria Awards, have announced the nominees for 2015, highlighting the best of contemporary, Victoria-based Australian music in the past 12 months and celebrating the enormous success of our very fine, very strong industry. As always, the awards will also shed light on the […] 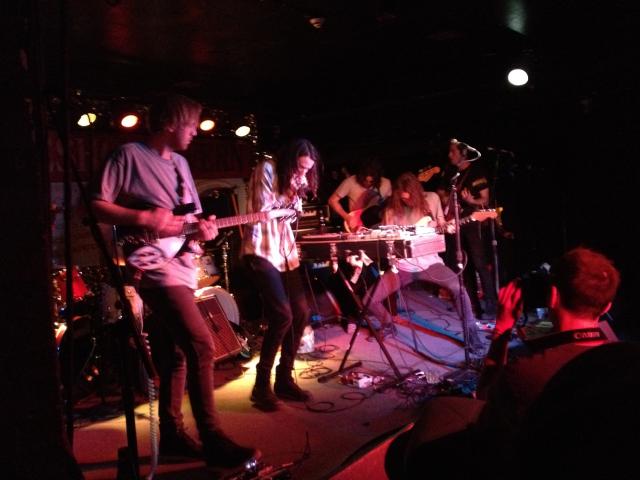 We review 15 Australian bands at Canadian Music Week 2014 in Toronto! Part One: From Audego to King Gizzard.

Following on from my overview of Toronto’s CMW for 2014, a review of Broods and a bunch of interviews, photo galleries and tour diaries, it’s finally time to get to more of the Australian music at the event. But honestly, I saw too much great Australian music in too little time. Out of the 26 […]