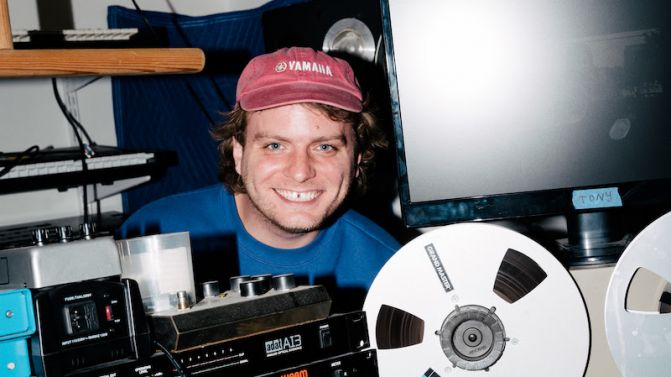 Mac DeMarco, down under for a national tour kicking off today, will be hosting a Bushfire Relief BBQ this weekend in Abbotsford. Titled “Grill for Good”, the Canadian artist will be inviting a boatload of talented friends for an all-day, all-ages made up of an old school sausage sizzle with live music, chefs, DJs and […]

The charmer of smoking viceroy cigarettes and cooking up something good, Mac DeMarco, settled down on Australian soil for yet another rendition of simplistic love songs and a boogie. After the release of his fourth studio album “This Old Dog”, featuring hit tracks “On The Level” and “My Old Man”, the 27 year old set out on tour […]

Canadian song writer and cool cat Mac DeMarco has announced his return with his new LP, This Old Dog, his third studio album up for grabs in May. It was only a few weeks ago when the indie-rocker teased his fans on Instagram, saying he had finished mixing a hidden This Old Dog. #that’s a #wrap. Just finished #Mixin […]

Mac DeMarco on touring Another One, making new tunes & more!

We’ve gone and done to Mac DeMarco what we Australians like to do when we see something we like – we claim it. Though our link to the Canadian doesn’t extend to any type of shared heritage or close proximity geographically, all you need to do is witness the response to DeMarco’s live shows – […]

Hailing from Portland, the gorgeous Charlie Hilton has recently shared a new cut from her forthcoming solo album, Palana. “100 Million” is a dreamy offer of a single, demonstrating a veer towards playing around with different sounds and textures – it’s light, acoustic and endearing. For “100 Million”, Hilton (who you may know for her […]

Mac DeMarco (CAN/NY) on returning to Australia for Falls & Southbound!

The first memory I have of Mac DeMarco is of him opening a beer bottle with his teeth to lashings of applause from a sweaty Adelaide Laneway Festival crowd earlier in the year. The 25 year old Canadian had the crowd in his grasp and maintained a good balance of obviously talented musicianship and banter with his […]