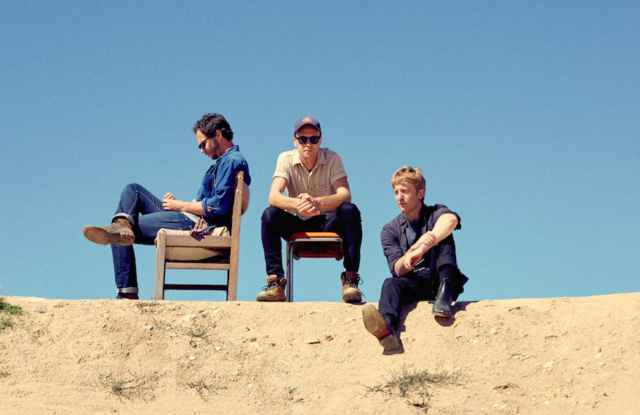 During out recent catch up with Fountaineer‘s Tony White in Sydney, the songwriter and frontman performed “The Cricketers”, taken from the band’s new album Greater City, Greater Love at Young Henrys. The album is out now and you can find out more about it with our interview with Tony, here. Check out this exclusive AU Sessions performance below! […]

Inteview: Fountaineer on why “I can’t write another f**king song about Bendigo”

The AU’s Larry Heath recently sat down with Tony White of Fountaineer to talk about their long awaited debut LP Greater City, Greater Love (in stores now). On the release of the album, Tony notes the longevity these songs already have with the band, having formed some time ago. “The album’s been a long time in […]

Single of the Day: Fountaineer “Words With Friends” (2017)

Bendigo trio Fountaineer recently dropped a new single on us in “Words With Friends” – a return to form from the band who had taken time out of the spotlight momentarily following on from a fruitful bout of touring off the back of 2016’s Still Life. “Words With Friends” echoes the almost drowsy indie rock stylings of […]