Live Review: Hypnotising as ever, Banks’ return to Melbourne kept The Forum under her spell

For Melbourne music fans, Splendour sideshow week is like Christmas, the abundance of exciting international artists hitting the city is like no other, Banks at The Forum being a particular standout on the schedule. Opening the evening was Zimbabwe-born, NZ-raised rapper TAPZ who revelled in the eager early-comers converged on the floor. Recent single “Run […]

Fresh from their ridiculous set at the Laneway Festival in Melbourne over the weekend, Glass Animals stormed Melbourne Town Hall losing no fans. Opening the Wednesday night shindig was local lad Lanks and there couldn’t have been a more perfect pairing. There is a reason why he cops the accolades he does and although the […]

With extensive touring just a regular item on Boy & Bear‘s calendar, we spoke to drummer/vocalist Tim Hart while in the United States about the regional dates they’ll be hitting through November, and their time spent creating their own beer with NSW brewers Akasha. How has the U.S been? It’s been great. It’s been pretty weird […]

Jamie T (UK) on touring, Trick, and his return to Australia

After five years between his second and third studio albums, Jamie T has turned around fourth LP Trick in half that time. We chatted to him about getting back into the swing of releasing and touring his music, as well as developing as an artist and always pushing himself to do something new. Carry On […]

Late July for non-Splendour goers means just one thing- side shows, one of which being UK double-header Jake Bugg and Blossoms at Melbourne’s Palais Theatre. Blossoms took to the stage with authority and, despite the still filling room and seated crowd (a side effect of Melbourne’s severe lack of mid-sized venues), were impressive from their […]

Geelong indie pop quintet The Evening Cast retreated from view for a number of years to work away at their debut album Belong, released last week via Catch Release Records, and with the record have announced some live shows too. We asked about their time in the studio and newest single ‘Gangs Of Fools’. Belong […]

Easter weekend in Australia means Bluesfest, and for those of us down in Melbourne it means sideshows. So many sideshows. Personally, I was most keen for Cold War Kids‘ sold out 170 Russell venture off the back of their fifth LP Hold My Home and first ever chart topping single in “First”. Quite often I’m […]

Since speaking to Cold War Kids before their Falls Festival set in late 2014, they’ve copped their first number one single in “First”, dropped EP Five Quick Cuts and heavily toured the international festival circuit. Now with their return to Australia for Bluesfest and accompanying sideshows nigh, we spoke to lead man Nathan Willett about […]

Somehow I’ve managed to miss CHVRCHES every time they’ve come out to Australia, and as they tour with Laneway Festival, I finally found out what I’ve been missing out on. Selling out two weekday shows at The Forum in Melbourne is no mean feat, and if anyone were to deservingly do so, the Scottish trio […] 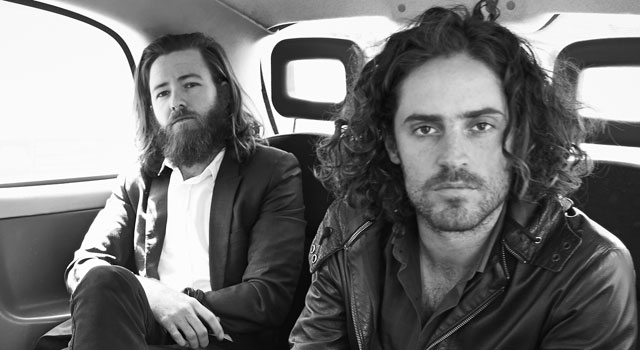 There’s plenty to be said for a band who sells out Melbourne’s Corner Hotel quicksmart, and have people scrambling for tickets right up until show day. It’s no surprise, however, that Holy Holy managed to pull it off. This band has been turning heads since they dropped debut single “House Of Cards” a little over […]