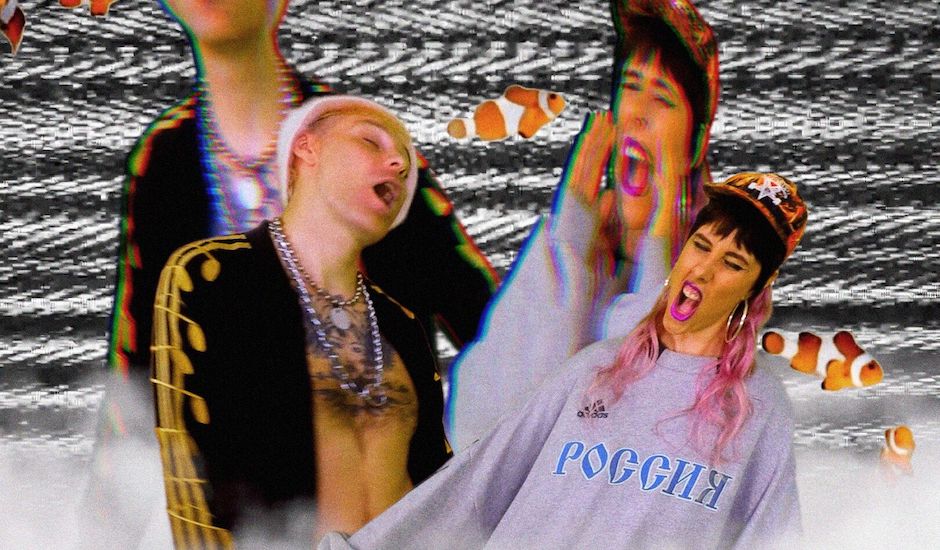 Interview: The Gooch Palms’ Kat Friend talks cracking the US, the power of III, and… UFOs?

Aussie duo The Gooch Palms are spending a lot of time in America these days, so it’s little surprise their latest album III was released just in time for summer in the USA. Containing a slew of the fuzzy, fun party tracks we’ve come to expect from the Goochies, it’s the perfect summer road trip […]

Ahead of their show at The Great Northern in Byron Bay, we catch up with two of our favourite Novocastrians, Leroy and Kat from The Gooch Palms. I’m interviewing these guys simply because the admiration has been there since day dot. They bring a lot of originality to the scene. With their deadpan humor they portray, they show us that […]

Armed with a whole new album of music, shoes primed to be filled with beer and no doubt a few cones for the hell of it, Dune Rats have announced their next Australian tour. March will see the boys back on the road and ready to wreak some serious havoc across the country with Skegss and The Gooch Palms, […]

BIGSOUND 2016 in Photos: Off Stage & Behind the Scenes with Artists to Watch

With BIGSOUND serving up a live music lineup that no doubt brought solid highlights across all genres this past week, we were lucky to spend some time with some of the artists who performed some bloody amazing shows over the course of the event. Photos by Zakarij Kaczmarek. SAMPA THE GREAT An artist who came to BIGSOUND with a lot of […]

The Gooch Palms have a penchant for making music that is damn near impossible not to have in your head for days after. Latest single “Don’t Look Me Up” is just one of those nuggets from Introverted Extroverts that ends up bouncing around long after the song itself has finished – we’re not mad about it either. Today, we’ve […]

Leroy Macqueen of The Gooch Palms on Introverted Extroverts, relocating to the US & their upcoming tour

Party-punk duo The Gooch Palms are undeniably one of the treasures from the Australian music scene, with their infectious songs, high-energy performances, on-stage nudity, garish outfits, and real ‘fuck yeah’ attitudes. The proud Novocastrians (read: from Newcastle) made the move to America last year, where they’ve been playing voraciously across the nation. Their newest album, […]

In this issue: Bands and Artists, old and new comers this week! Rock out to some Garbage or relax to The Temper Trap, or give it all a listen! FATHERDUDE Harlem-based breakout artist Fatherdude releases his fresh EP, The Balance, today! THE GOOCH PALMS The Gooch Palms release their much-anticipated sophomore album Introverted Extroverts on Wednesday, June […]

Violent Soho’s WACO Tour was already in full swing with its Adelaide date, having already torn through a stack of sold out shows in Brisbane and Melbourne. Joined on-stage by some of their best and most rowdy mates, the crowd was in for a treat. Newcastle duo Gooch Palms opened the show with their unique […]

Seeing The Gooch Palms take to the Aussie BBQ stage at SXSW this year was a treat; especially after seeing how well the Novocastrian duo was received at the venue last year. Both Leroy and Kat bring such an eccentric and brilliant charm to their live shows that, when they mention they locked around 130 live gigs under their belt in […]

Newcastle power duo The Gooch Palms have been added to what is now a stomper sold out Australian tour by Violent Soho this year – for real, could this bill get any more raucous? The Gooch Palms, who we recently saw tear up at SXSW for another year, have been working on their second album Introverted Extroverts and so to […]

A huge round of names have been added to SXSW Music program, featuring artists from all corners of the globe. The Australian contingent continues to become a well-rounded and diverse one for the festival next year, with alt-country, rock, electro and more being represented. Amid the new round of artists being announced today, SXSW Music […]