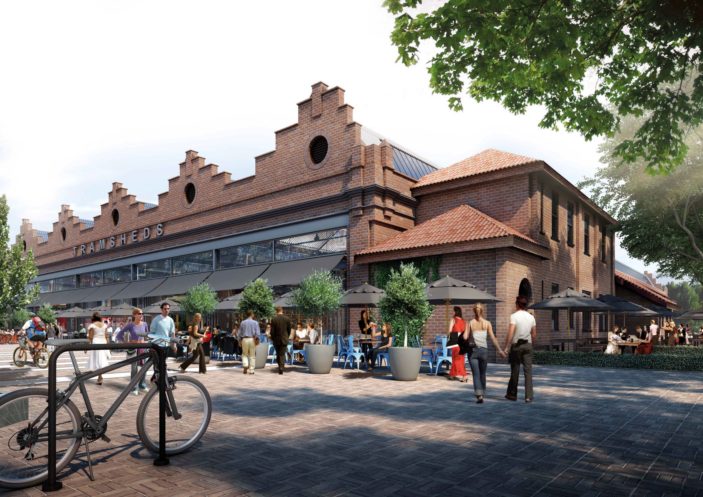 In the coming months the city of Sydney is going to be seeing a major shift with retail and food precincts, from Circular Quay – with Gateway Sydney – to the inner-west suburb of Rozelle – with a major revamp to the old 1904 Rozelle Tram Depot. Tramsheds has to date been one of the most talked about developments in the city, set as a very unique space with a curated selection of retailers and dining options standing in the heritage-listed building, designed to maintain many of its original features.

One of the most exciting tenants in the European inspired precinct will be cult hit Belles Hot Chicken, home to some of the country’s very best fried chooks, of which Sydney got its first taste late last year with the Wulugul Pop Up at Barangaroo. They’ll be offering their signature meat cuts – wings, tenders, and dark – with five levels of spice and a heap of sides along with natural wines.

Not enough for you? In addition to a bunch of more providores yet to be announced, Surry Hills laneway bar Tokyo Bird will be expanding to Tramsheds with a modern Japanese restaurant, titled Osaka Trading Co. It’ll be a homage to traditional Japanese drinking and dining culture with a bit of a modern twist, focusing on fresh seafood and – we expect – some impeccably crafted cocktails.

Locals will also benefit from a new medical centre, gym, nail bar, hairdresser, and IGA Supamart supermarket – a 2440 square boutique IGA with a focus on organic and local produce. Cyclists will be well catered for as well with a number of cycle paths planned and over 80 bike racks on site.

Tramsheds will be open from 22nd September 2016. You can stay up to date on developments via the precinct’s Facebook page HERE.

Image supplied and used with permission.