The Streets of Barangaroo

Throughout the month of August food and drink precinct Barangaroo is celebrating the tail-end of winter with a series of exclusive events, all spread across various restaurants, bars and diners including 12-Micron, Bel & Brio, Born by Tapavino, and Zushi. The collection of venues, officially dubbed “The Streets of Barangaroo” will be offering a range […]

Modern Australian influences drip all over Barangaroo’s new rooftop bar, which is now open and comes to us from Dixon Hospitality, the fine folk behind institutions like The Norfolk and Forresters. Dubbed Untied, the breezy indoor-outdoor addition to the flash precinct is a light-hearted look at Australiana through the lens of Queensland’s tropical rainforests, meaning […]

Melbourne go-to Dukes Coffee Roasters has officially expanded to Sydney with South by Dukes, a slick new venue in the lower of Tower One in the Streets of Barangaroo precinct. Long known as one of the most highly-regarded specialty coffee roasters in Melbourne, Dukes has built a sizable following for their signature beans which are […]

If you to too have felt the pains and pangs of arriving to Kerby Craig’s wildly popular burger pop ups, which he began two years ago, only to hear the dreaded phrase “sold out” over and over again then you’d understand how long many have waited for the fine-dining chef to turn to burgers in […]

Now that The Streets of Barangaroo are beginning to take shape, the timing is right for the immense harbourside precinct to get its very own European style emporium. That would be Bel & Brio, a 5-in-1 venue which is now open in one of the area’s premier sites, offering a multitude of experiences, blending high […]

Lotus is the latest restaurant addition to the flourishing dining destination of the harbourside Wulugul Walk at Barangaroo, a third Sydney restaurant for the brand following their original dumpling bar in Walsh Bay and their massive restaurant at The Galeries. Head chef Chris Yan (Lotus Galeries, ex-Billy Kwong and China Doll) takes on native Australian ingredients […]

After a successful expansion to The Galeries last year Lotus have now opened up their third Sydney venue, as Barangaroo’s obligatory dumpling and modern Chinese restaurant, a massive 160-seater designed by the ever-reliable DS17. Bringing over their excellent menu and adding a few new additions (expect more seafood) to help settle into the new waterfront […] 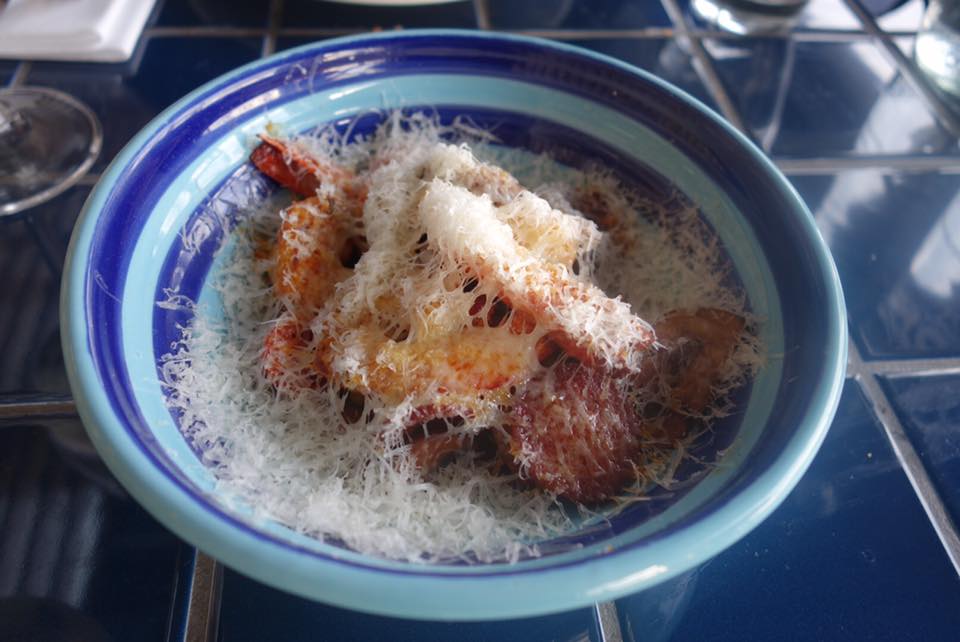 Good Turkish cuisine is few and far apart in Sydney, so it came as a surprise when the very first permanent restaurant at the much-discussed Barangaroo development was announced to bring a contemporary take on share-style Ottoman dining to the ongoing precinct. A few months ago, Anason opened to huge expectations, seeing as highly regarded […]

Since it began last year, temporary precinct Wulugul Pop Up along The Streets of Barangaroo has been a regular go-to spot for hungry, thirsty Sydneysiders craving the likes of Belle’s Hot Chicken, Gin & It, and Chaco Bar in an open-air harbourside experience. The end of July sadly brings the close of this pop-up, as […]

Next weekend, on Sunday to be exact, the stunning Wulugul Walk by the water at Barangaroo will be the location for an unprecedented burger war dubbed “Burger Kings”, pitting six of Sydney’s best against each other to be judged by a panel made of ravenous Sydneysiders, including you – yes, you. It’ll be a free […]

Sydney Pop-Up: Wulugul Pop Up at The Streets of Barangaroo

By the end of 2016 there are expected to be around 80 permanent food, drink, and retail options at the site of Barangaroo, one of the biggest developments Sydney has ever seen. To give us a taste of what a day and/or night out at the precinct would be like we currently have the Wulugul […]