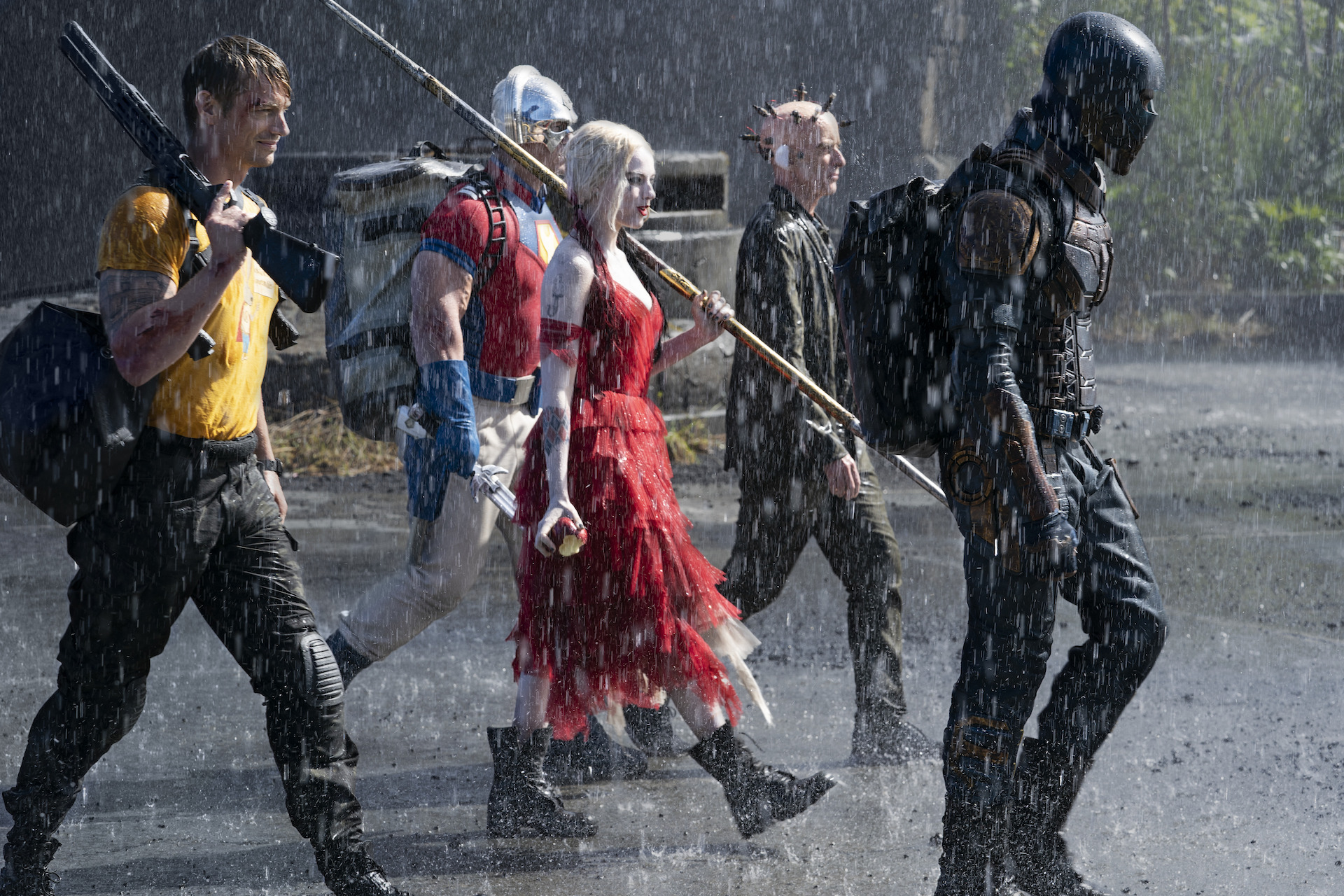 Suicide Squad 2 aiming for a 2018 production start, according to Joel Kinnaman

One could be forgiven for not recollecting that on financial figures, Warner Bros and DC’s anti-hero blockbuster Suicide Squad was an immense commercial success. On the critical spectrum, the film was lambasted by critics and director David Ayer even expressed his own regrets on the final product. However, the film that brought a collective of […]

So if you’re over superhero films, Will Smith, Margot Robbie and Jared Leto, you will not be happy to hear that Suicide Squad remains top of the Box Office ladder this week, its third week in no. 1 since its premiere week. The DC Comics’ supervillains remain in top spot with AU$3.18 million made this week, followed by Bad Moms, having […]

Mixed reviews and Jared Leto critiques be gone, because Suicide Squad remains firmly in first place on the Australian Box Office report.  Whilst it didn’t do as well in its second week against its unbelievable performance in its opening week (where it earned AU $13,904,557), its takings of AU$5.9 million mean that it’s stronger than Jason Bourne’s second week on […]

OK, as we’ve already reported on Suicide Squad breaking opening day box office records, it should be no surprise that it sits at the top of the leaderboard on the Australian Box Office , knocking rogue former CIA agent Jason Bourne off the number one spot after just one week. Suicide Squad made a massive AU $13,904,557 since its release last […]

Though critics haven’t been overly kind to the latest comic book blockbuster Suicide Squad (though our own writer had nicer things to say about it), fans of the DC franchise wasted no time in packing cinemas to see the film, breaking a pile of Australian box office records in the process. Roadshow, who distribute the […]

As the much anticipated entry in the DC Cinematic Universe Suicide Squad opens this week, it has been announced that one of its stars Karen Fukuhara, who plays Katana, will be part of the Supanova’s lineup in Adelaide and Brisbane this November. Katana, a masked assassin assigned to protect Rick Flag, the leader of the […]

A new trailer for DC’s upcoming Suicide Squad film premiered during last weekend’s MTV Movie Awards. This new trailer gives Will Smith‘s Deadshot and Jared Leto‘s Joker  a bit more screentime and hints at the role that Ben Affleck‘s Batman is expected to play in the movie. Previous trailers suggested Affleck’s appearance would be limited to […]

The newest trailer for David Ayer’s Suicide Squad debuted earlier today and it breaks away from the more self-serious tone of the first teaser towards something more comedic. Set to Queen’s ‘Bohemian Rhapsody’, the trailer runs through the film’s cast of ‘worst-heroes-ever’ including Will Smith, Jared Leto, Margot Robbie, Joel Kinnaman and Viola Davis. Robbie’s […]

We talk to Michael Rowe about playing Deadshot in Arrow, Suicide Squad and more ahead of The Australian Movie and Comic Expo

This weekend, Melbourne will play host to the Australian Movie and Comic Expo (aka AMC Expo), a convention that is run by fans for fans featuring movie and TV stars, voice actors, literary authors and comic authors. The expo will be held this Saturday 17th and Sunday 18th October at the Melbourne Showgrounds. Some of […]

Someone leaked the Comic-Con trailer for Suicide Squad, and it looks incredible

Of course someone was going to leak the trailer for the highly anticipated Suicide Squad, which screened at the San Diego Comic-Con recently. It seems all the hype around the cast, especially Jared Leto as Joker, will only get more frenzied as the release date looms closer, with a chilling trailer that reveals this flock […]

After Suicide Squad director David Ayer last week tweeted out a picture of Jared Leto’s Joker in full crazy make-up mode. He’s now dropped a picture of the cast in full costume garb. While we get to take a look at some of the better known cast such as Will Smith as Deadshot and Margot […]