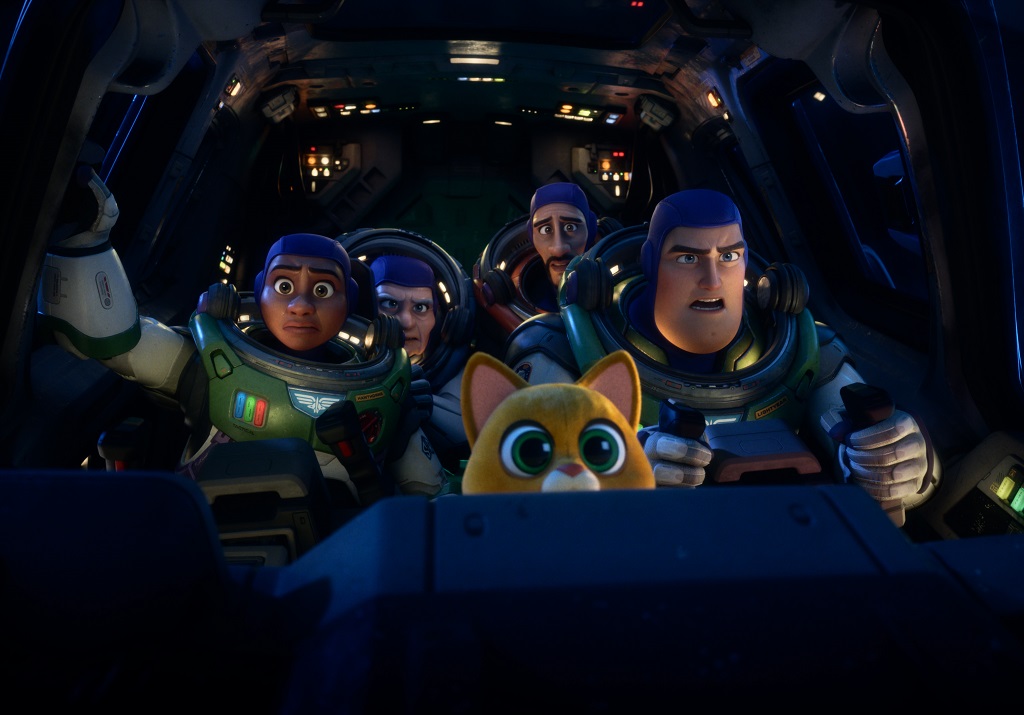 Film Review: Lightyear is a humorous, action-driven adventure that’s low on stakes, but high on entertainment

When Lightyear was first announced it understandably caused confusion as to how it aligned itself with the Toy Story films its character originated from.  Was it a spin-off, something that existed separately from the franchise? Or, did it perhaps focus on a real-life astronaut, suggesting that the Toy Story universe was set in a period […] 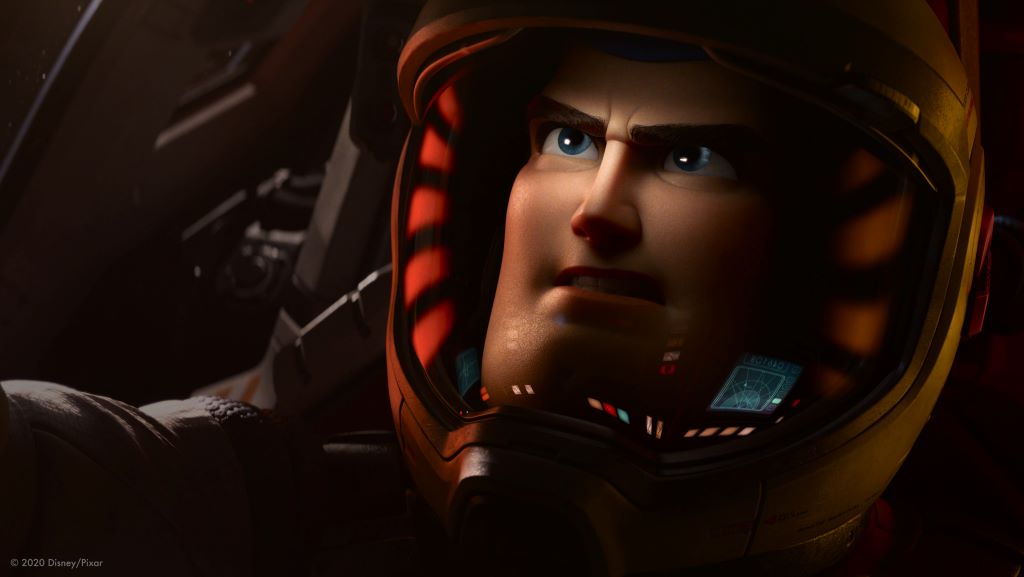 To get to infinity and beyond, we need to explore the before.  The upcoming animated sci-fi adventure Lightyear, from Disney and Pixar, is the definitive origin story of Buzz Lightyear, the hero who inspired Toy Story‘s fearless space warrior. Lightyear follows the legendary Space Ranger (voiced by Chris Evans) after he’s marooned on a hostile […] 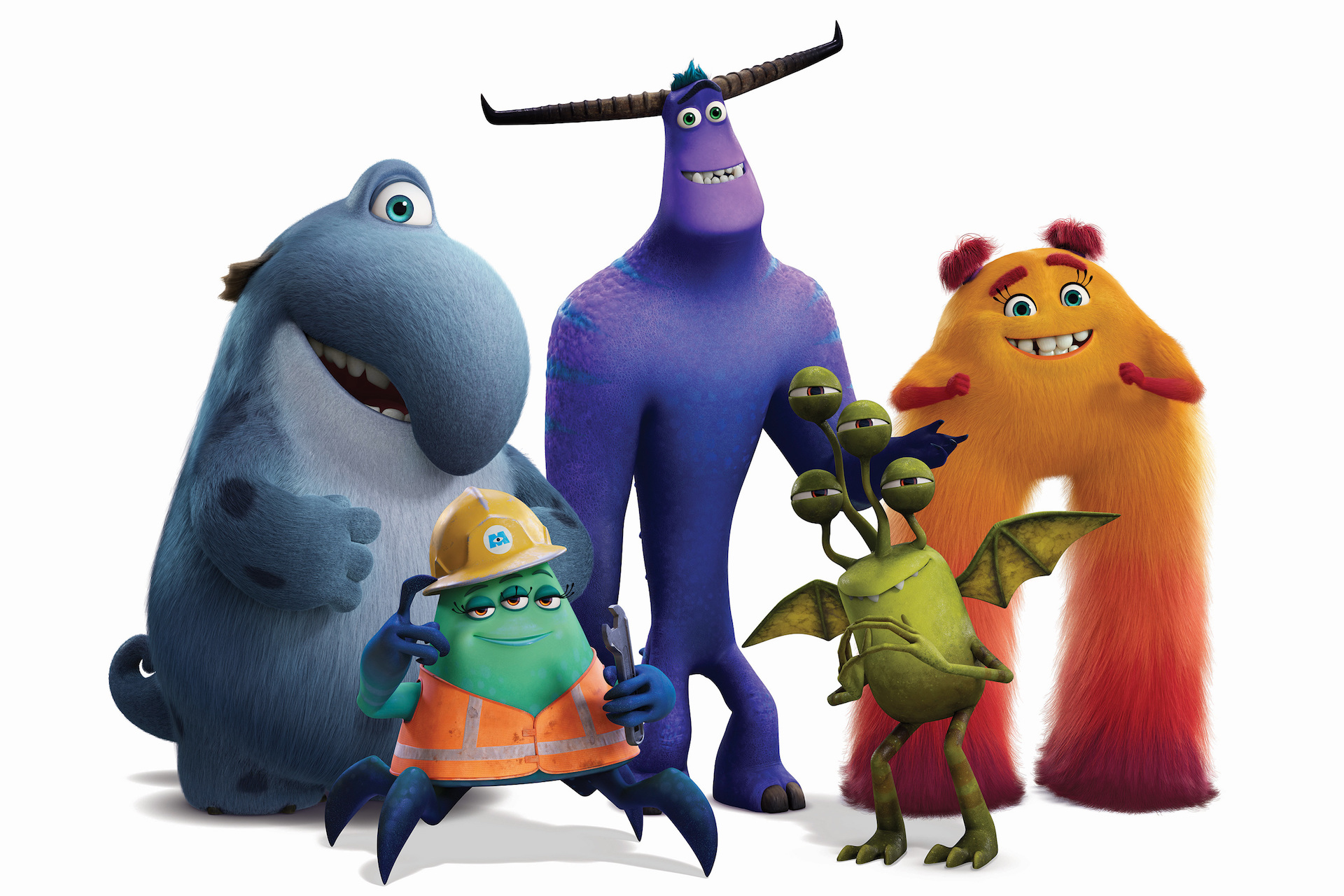 Supported by Pixar but not specifically animated by them, Monsters At Work serves as a direct continuation of 2001’s Monsters, Inc., picking up in the hours after learning the laughter of children is a much more efficient way to energise their city over the nightmarish screams they used to evoke. Despite the sequel feel of […] 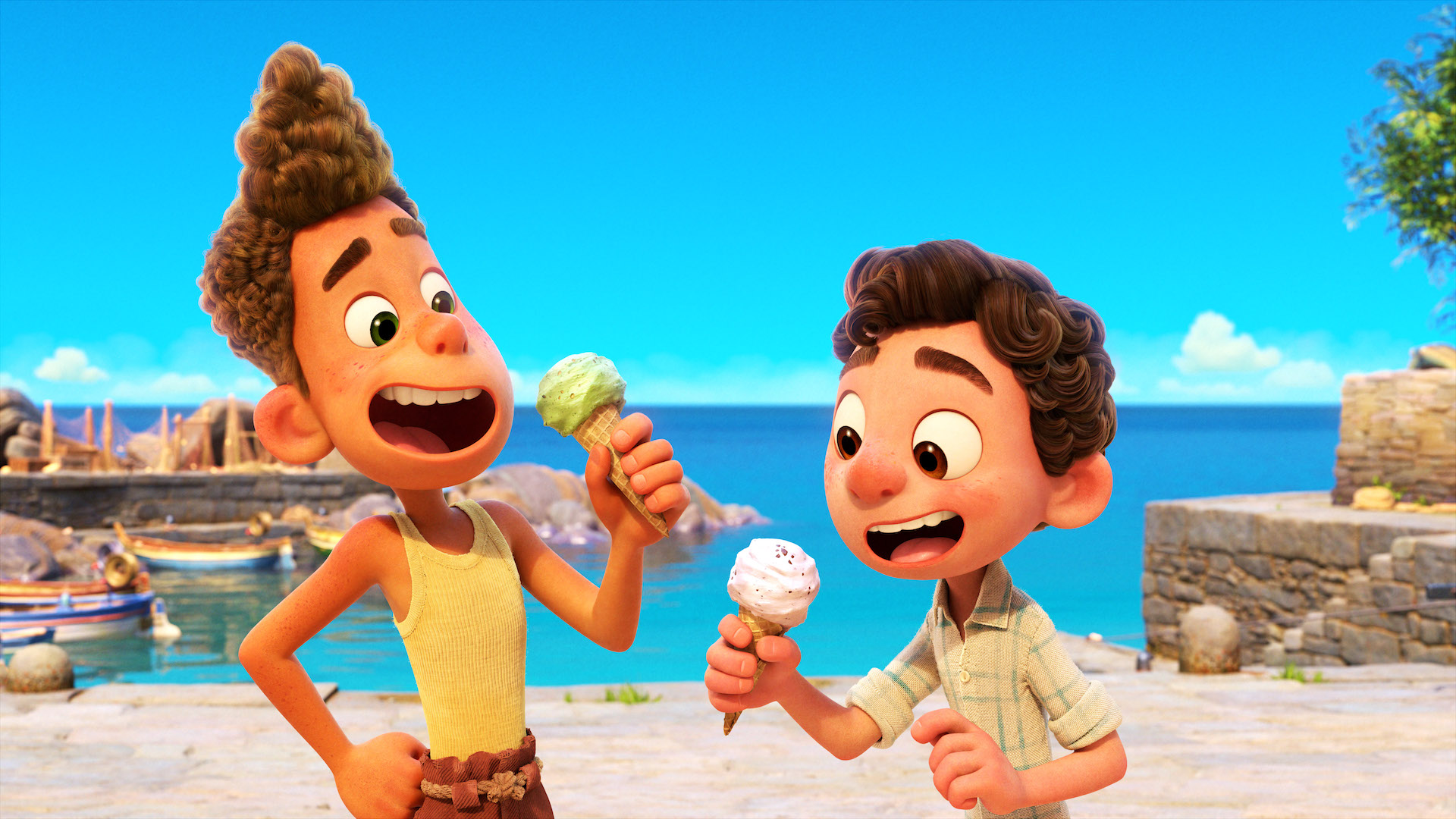 Film Review: Luca is a love story at its core that celebrates individuality

On the surface Luca appears to be one of the more slight Pixar entrants.  A studio that is known for its near-perfect track record, there’s a certain narrative around the brand that seems to paint any of their films that doesn’t quite reach the emotional highs of an Up or an Inside Out as a second-tier […] 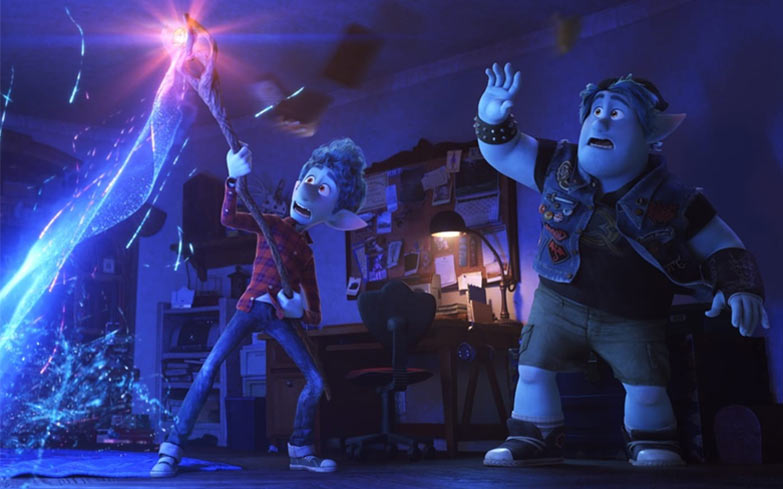 Film Review: Onward can’t quite meet the dazzling pedigree of its Pixar contemporaries

By virtue of unfortunate comparison to Pixar’s impeccable back catalogue of masterpieces, every new film from the studio faces a dauntingly high bar to clear. Last year, Toy Story 4 somehow managed to defy all expectations and walk off with the Academy Award for Best Animated Feature in the process. Sadly, Pixar’s first of two […] 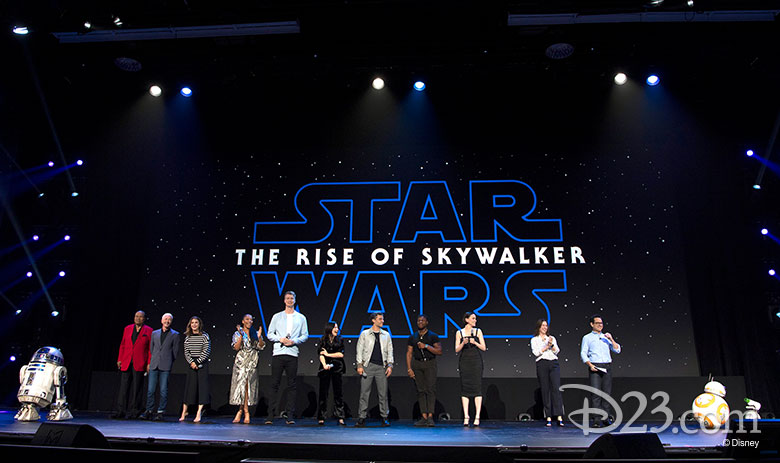 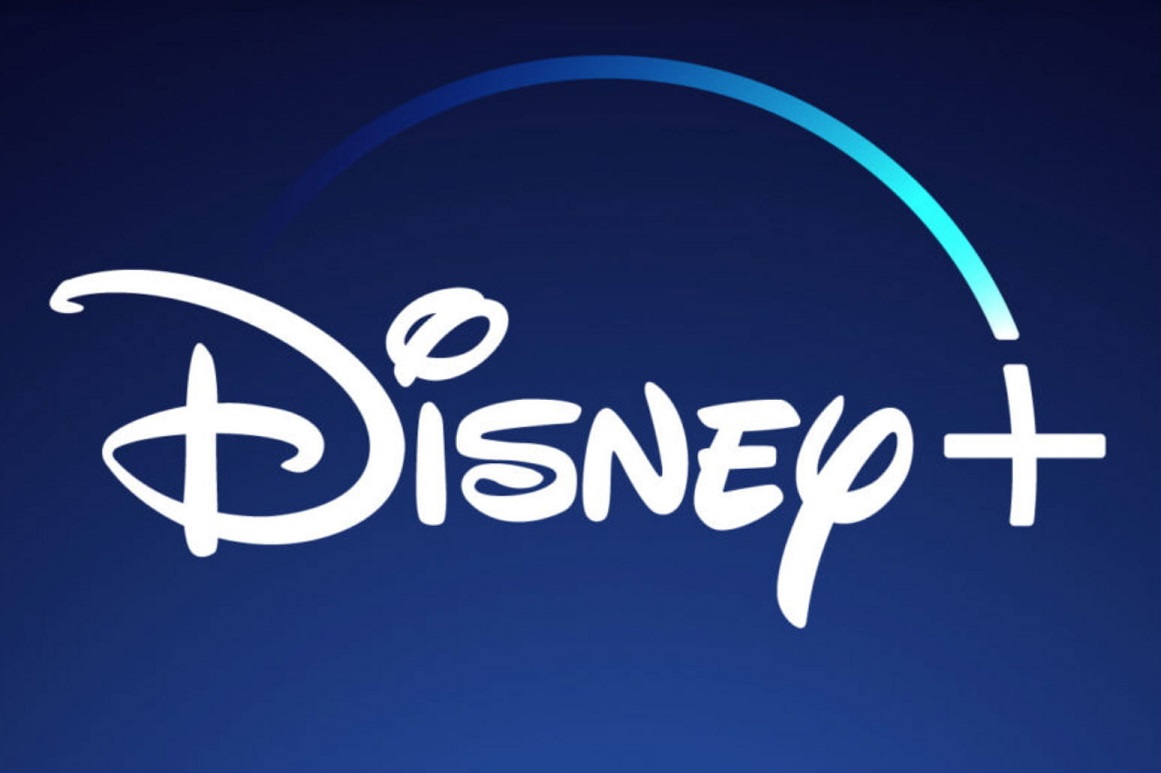 The streaming video on demand (SVOD) market in Australia is already teeming with both paid and free services. But another heavy hitter has now laid down a challenge to the global behemoth of Netflix and looks set to shake things up. The House of Mouse is now officially bringing Disney+ to Australia from 19 November […]

Film Review: Coco (USA, 2017) is yet another irresistible fable from a studio uniquely versed in their ways of storytelling

We really shouldn’t be overly surprised at this point when Pixar release yet another beautiful, thought provoking, emotionally stirring film. What’s more important is the respective film’s ranking in the overall studio canon, and if it will earn longevity (ala Toy Story) or leave little impression (2015’s The Good Dinosaur). Time will tell if Coco […]

Lea DeLaria is an amazing creature of human design. The moment you see her in Orange is the New Black, scary comes to mind. Talking to her in person, however, is a whole different kettle of fish. I instantly wanted to crawl through the other end of the phone and talk for hours next to […]

Film Review: Cars 3 (USA, 2017) is a near-perfect return for the franchise

It has finally arrived! After the teaser trailer that saw Lightning McQueen being absolutely annihilated on the racetrack months ago, we were all left wondering exactly where the Cars franchise had taken us with this all new installment, especially after the disappointing Cars 2 and Disney’s attempt at making it a broader universe with the […]

Though it is arguably the least respected franchise of the venerable Pixar stable, the Cars series has no doubt flourished at the box office. It’s no surprise then that it is now the second franchise to get a trilogy (behind Toy Story,) and today we get a brief look at the 2017 release thanks to […]

Ahead of its home entertainment release later this month, Larry Heath caught up with Angus MacLane, the co-director of one of the biggest animated films of all time, Finding Dory, to talk about the film’s reception, the advancements in technology since Nemo (on which he served as an animator), playing with 3D and the move […]

Thanks to a slew of hit films this year, Disney has set a new record for itself at the international box office. Driven by Captain America: Civil War, Finding Dory, Zootopia and The Jungle Book, Disney reached US$3.566 billion as of Sunday, only just surpassing their previous record of US$3.565 billion set last year – […]

Pixar Studios has long been regarded as one of the best animation studios in the world today, alongside Studio Ghibli, which in my denial still exists. But ever since the release of Cars 2, a disappointing sequel to a film that wasn’t that good to begin with, the seemingly infallible quality of Pixar has fallen. […]

Pixar is no stranger to sequels. For over 20 years, Pixar have dominated animated cinematic releases with their critical and box-office success. With the massive acclaim behind sequels like Toy Story 2 & 3 and Monsters University, Pixar has now (much to everyone’s excitement) released Finding Dory after a 13-year wait since its predecessor, and […]

Next Friday, the In The House series at the Event Cinemas on George Street in Sydney will be screening the Pixar classic Toy Story (book tickets HERE). In anticipation, we looked back at the film to bring you these 8 facts that you may have never known about one of our favorite movies of all time: Toy […]

Pixar’s upcoming Finding Dory debuted a brand new earlier today. The trailer showcases more of the beautiful animation we can expect from the film, and gives us more insight into the main storyline of the film – the quest for the forgetful Dory to find her parents. You might also learn a thing or two about […]

There was a time when we would only get a new Pixar movie every few years. Now, for the first time ever, we’re getting three in a 12 month period. This started with the box office smash Inside Out earlier this year and will end with the most anticipated animated sequel since Toy Story 3 […]

Accompanying The Good Dinosaur in cinemas this week is Sanjay’s Super Team, a short film which sits on the other end of the spectrum as one of the most original Pixar shorts to date. In the film, which is the first animation from Pixar to focus entirely on Indian culture and religion, a young boy, Sanjay, […]

Pixar to deliver new Cars in place of new Toy Story in 2017; Confirms Incredibles 2 for 2019

The New York Comic-Con is happening as we speak, and with it are a slew of reveals and announcements. In Pixar’s case, however, we may file this one under “Updates”. For the first time since the D23 Expo earlier this year, Pixar have updated their run sheet of US release dates through to June 2020. […]

This weekend in California, Disney are holding their annual D23 Expo, bringing with them a slew of announcements and presentations from Kingdom Hearts to Marvel, Star Wars to Pixar. And one of the earliest presentations has come from the Animation department – who, among many other announcements we’ll be talking about in other articles – confirmed without any question […]

Pixar first announced they were working on a film centering on Dia De Los Muertos – the Mexican holiday Day of the Dead – all the way back in 2012. But until today, we didn’t have a name for the film.

From one of the most creative minds working in cinema today, Pete Docter, comes his third feature length film for Disney/Pixar. First, there were the monsters living in our closets in 2001’s Monsters Inc.. Then, in 2009 he brought us the tale of a man, a house, some balloons and a Boy Scout in Up; a […]

Exclusive Interview: Oscar Winning Director Pete Docter talks about bringing Inside Out to life on the big screen at the Australian premiere.

Inside Out director Pete Docter spoke to The Iris’ Larry Heath at the Australian premiere in Sydney earlier tonight, and talked about about bringing such an original idea to life on the big screen, and working with the likes of Amy Poehler and Lewis Black. He also sheds some light on the character he was […]

The anticipated new Pixar film Inside Out – the first release from the acclaimed animation studio since 2013’s Monsters University – will be premiering in Sydney, Australia next week (Monday, June 15th), ahead of its nstional release on Thursday, June 18th. And to help launch the film, one of the stars of the film, Amy Poehler, […]

Jim Murphy, director of Pixar’s newest short film Lava sat down with us at SXSW to talk about the beauty of showing shorts before features, how he approached creating the film, pitching ideas to Pixar, and more. The film will be premiering in Australia later this month, playing before Inside Out, which premieres on June […]

As Disney’s Big Hero 6 hits cinemas with plenty of Pixar charm, the next film that’s actually produced by Pixar – Inside Out – has a new trailer doing the rounds, which you can view below. The film literally takes us into the mind of a child – Riley – as various emotions guide her through […]