I remember the first time I played Mortal Kombat, or at least I vaguely recall its influence and how ahead of its time it seemed to be. I remember how real it looked and sounded. I remember having the fatality codes tucked in its Mega Drive case in a time before the internet. But most […]

Stan has released the first trailer for their original series, Philip K Dicks’ Electric Dreams, an ambitious anthology drama series based on the short stories written by award-winning sci-fi novelist Philip K. Dick. Not dissimilar to the ever popular Black Mirror, the series will consist of ten epic, stand-alone episodes, each set in a different […]

Screen production in NSW continues to boom with 12 new projects set to go into production with the support of the NSW Government. ‘Create NSW’ CEO Michael Brealey said the screen productions, which include drama and factual programs, will receive investment through Create NSW’s Production Finance Program, Made in NSW and Regional Filming Fund initiatives. […]

Village Cinemas is unveiling a new cinema site in Melbourne

Village Cinemas are embarking on a new venture that will help welcome an all-new cinema site located in Melbourne’s largest mixed-use precinct, M-City Monash. Located in the suburb of Clayton in Melbourne’s south east, M-City will become home to four apartment towers, an international hotel, commercial offices and a retail precinct. Strategically developed within a […]

George Clooney’s latest spin on the Director’s chair, Suburbicon, gets a trailer

George Clooney’s newest film Suburbicon has received its first official trailer and it is shaping up to be one of the year’s most anticipated releases. Suburbicon is a peaceful, idyllic suburban community with affordable homes and manicured lawns – the perfect place to raise a family. In the summer of 1959, the Lodge family is doing just […]

Just Cause 3 and Assassin’s Creed: Freedom Cry headline your Playstation Plus lineup for August

Another month and another handful of freebies for PS Plus subscribers. You’ll be delighted to know that August is one of the better months as Sony continue their steady roll of giving players what they want. Just Cause 3 leads the pack for PlayStation 4, giving you freedom to destroy just about everything in sight in […]

Stan have announced that production will commence this week on its newest Original Series, Romper Stomper, a 6-part drama continuing the story first told in the ground-breaking and controversial feature film of the same name, released 25 years ago. Thrilling, bold and provocative, Romper Stomper will pick up on the prescient themes and story of […]

Bright, the action – packed blockbuster from David Ayer (Suicide Squad) will hit Netflix soon in one of the streaming services biggest ventures to date. Will Smith and Australia’s very own Joel Edgerton and Lucy Fry will star. Set in an alternate present-day, the thriller follows two cops from very different backgrounds. Ward, a human […]

Get hyped! The eighth season of The Walking Dead is set to premiere internationally on October 23 in 180+ markets within 24 hours of the U.S. premiere on October 22. Even more exciting is that the cast and crew on The Walking Dead panel at this past weekends Comic-Con in San Diego presented an action-packed […]

It was a huge weekend for Disney fans over the weekend as the D23 Expo revealed all things from the Star Wars, Marvel Studios and Pixar camps. One tidbit that has got tongues wagging (for better or worse) is the casting of Aladdin, Jasmine and the Genie for the live-action remake of Aladdin. Disney have […]

It’s been 7 years since the hugely successful Saw franchise came to a grisly end but John Kramer is back as the titular Jigsaw and we have the first poster to truly get you on edge. The Saw franchise has earned close to a billion dollars worldwide ($953,421,276 to be exact) and stands as the fifth most […]

Foxtel have announced that the Emmy and Golden Globe-winning HBO comedy series Curb Your Enthusiasm will return for its ninth season exclusively to The Comedy Channel. Curb Your Enthusiasm stars Seinfeld co-creator Larry David as an over-the-top version of himself in an unsparing but tongue-in-cheek depiction of his life. Shot in a realism style and featuring celebrities playing themselves, the […]

As we roll into the second half of the year, everyone has come down with a serious case of nostalgia. The remaster of Crash Bandicoot is selling out, Wipeout Omega collection has revived the fan favourite in 4K and Micro Machines: World Series is now available for PS4. But seeing things through nostalgia goggles is a […]

Production has begun on the second season of Wolf Creek

Find all the important details and dates for SXSW 2018 here

The South by Southwest (SXSW) Conference and Festival has launched its 2018 season with the opening of PanelPicker programming proposals, Film Festival submissions, and Music Showcasing Artist applications for next year’s event. PanelPicker, an online tool that allows the SXSW community to have a significant voice in programming conference activities through an open proposal and […]

In celebration of the 40th Anniversary of the Sydney Gay and Lesbian Mardi Gras, Screen Australia and ABC TV Arts have announced Love Bites, a brand new documentary initiative for LGBTQI filmmakers. Love Bites will comprise 10 x 5 minute documentary short films made by filmmakers from the LGBTQI community across Australia. The successful projects […]

Video Games Review: The Walking Dead: A New Frontier – From the Gallows (PS4, 2017) pulls no punches

The time has arrived. Telltale’s ambitious third season of their critically acclaimed Walking Dead series has come to a close with From the Gallows. Question is, did it capitalise on its rising tension, fleshed out characters and bold new narrative? Episode 5 opens with quite a revelation from before the demise of the current state […]

Animation aficionados are in for a treat this Winter with ACMI’s film season as it coincides with the exclusive-to-Melbourne exhibition Wallace & Gromit and Friends: The Magic of Aardman. On Saturday July 15, Melbourne animator and Oscar-winner Adam Elliot (Mary & Max, Harvie Krumpet) will take audiences on a journey though animation in Australia, celebrating the […]

It’s gotten to a point now where it doesn’t matter what you think. 2014’s soft reboot Transformers: Age of Extinction was a woeful film, torn apart by critics and made its predecessors look like Citizen Kane in comparison. And yet, it grossed over $1 billion worldwide. It maintains a spot in the top 20 highest […]

To help celebrate the release of Baby Driver, Stars Ansel Elgort and Lily James will join writer-director Edgar Wright in Sydney for the Australian Premiere. The premiere will take place on Wednesday 12th July, 2017 at Event Cinemas, George St. The trio will walk the red carpet, before joining Australian director George Miller on stage to introduce […]

MIFF partners up with Powershop for a new short film competition with a $3,000 prize

Powershop and the Melbourne International Film Festival (MIFF) are inviting filmmakers, and anyone in the filmmaking spirit, to create a short film for the inaugural Powershorts Film Comp in Australia. To enter, contestants must shoot a film using only their smartphones, keep it anywhere between 10 sec and 3 mins and it must include the […] 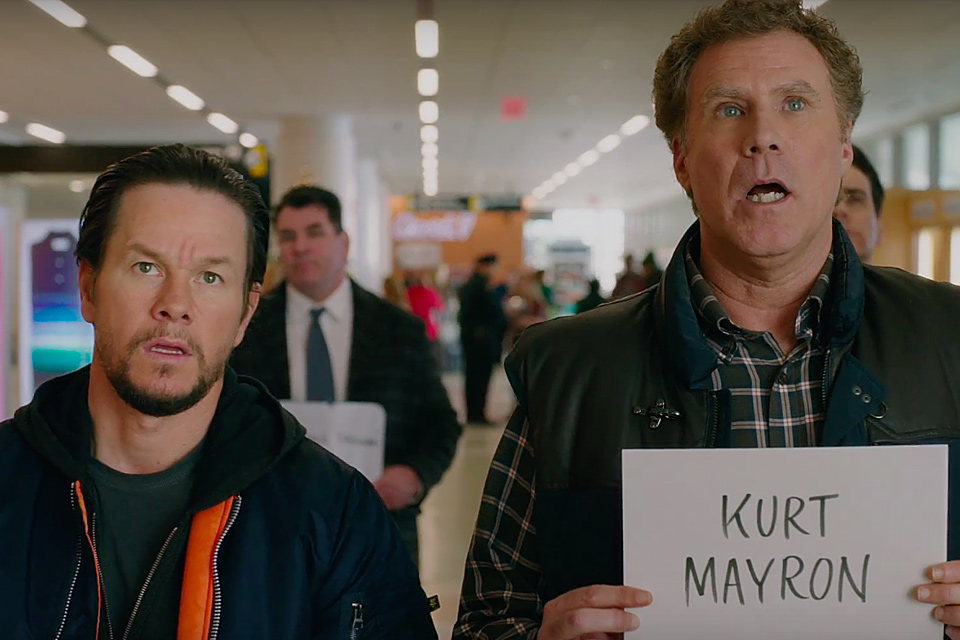 The sequel to the 2015 smash comedy Daddy’s Home has received its first trailer and it’s a star studded affair that’s shaping up to be hilarious. Sean Anders directs again as Dusty (Mark Wahlberg) and Brad (Will Ferrell) join forces to provide their kids with the perfect Christmas. Their newfound partnership is put to the test when […]

The Brisbane International Film Festival is ready to return in 2017 with its first screening program in three years, thanks to the support of the Queensland Government through Screen Queensland and the expertise of industry partner Palace Cinemas. The Brisbane International Film Festival will run from August 17th until September 3rd and will be co-directed […]

Staying true to their ongoing commitment to acquiring more local content, FX Australia has announced the commission of its first Australian TV series entitled Mr Inbetween. The drama series will be directed by Nash Edgerton (The Square) in his debut as a TV series director. The series is written by Scott Ryan and is based on his critically […]

Today marks the Australian release of The Mummy. The Tom Cruise led action flick will be the first film in the newly announced ‘Dark Universe’, a project that will revive Universal’s classic monsters that debuted in the 20’s and 30s’. The likes of Frankenstein’s Monster, Wolf Man and the Invisible Man are all set to […]

The first official trailer for Tom Cruise’s newest film American Made has arrived. Check it out below. The true story follows an ex-military pilot name Barry Seal (Cruise) who works as a drug runner in the south during the 1980s. American Made is directed by Doug Liman who directed The Bourne Identity and previously worked with Cruise in 2014’s Edge of Tomorrow. American […]

After 25 years, Ed Boon and company still haven’t hit a drought when it comes to their inexorable flow of creative juices. Whether it was Midway or NetherRealm, Injustice or the venerable Mortal Kombat, each game is always jam-packed with gaming goodness and Injustice 2, the sequel to 2013’s Injustice: Gods Among Us, is no different.