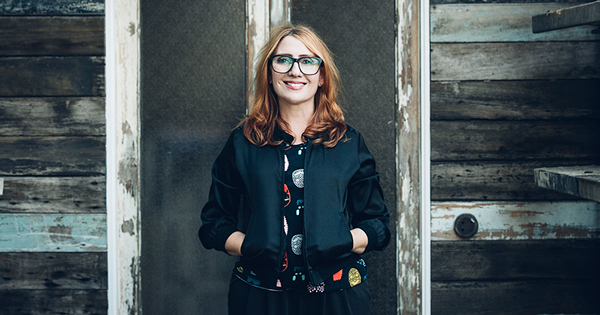 On Monday night, APRA AMCOS launched its new Professional Development Series for Women to an excited audience at their Brisbane offices. Featuring Next Act Coaching’s Viv Fantin, the national event series will see Viv present her popular interactive workshop “Tune Out Your Inner Critic” to APRA AMCOS members. The motivation for the series follows enormous […]

APRA AMCOS and Creative Victoria have linked up to bring a new series of music masterclasses to the local industry through this month – The Melbourne Sessions. Kindred Studios in Yarraville will host the one day run of workshops, sessions and networking events for emerging and mid-career songwriters to meet and learn from/exchange with visiting composers, […]

As part of this year’s Sydney Fringe Festival, punters will be able to sit in on some exclusive sessions run by APRA AMCOS; four one on one conversations with Australian songwriters with discussions surrounding professional and creative development. Sitting down with moderator Chit Chat, Briggs, Katy Steele, NGAIIRE and Sally Seltmann (all recipients of the APRA Professional Development Award) will […]

The ever-talented Angie McMahon has taken out the 2017 Josh Pyke Partnership and we couldn’t think of a more worthy artist to fit the prize. She’s been pounding the pavement on the Melbourne music scene for a little while now; a charming and entertaining performer, the potential McMahon has displayed in recent months has been impressive to […]

Emerging MC from Melbourne, Sinks, has won the 2017 Hilltop Hoods Initiative! Having already come through the ranks over the last few years and an artist to watch, the rapper and producer impressed the judging panel and has been awarded a $10,000 grant from the Hoods and APRA AMCOS. The prize money will be put towards […]

Applications are now open for the 2017 APRA Professional development awards

APRA AMCOS have once again put the call out to budding artists and songwriters to vie for the coveted APRA Development Award. Aimed as a career boosting initiative, a $15,000 cash grant will be awarded to up and coming artists, composers and songwriters in each of the following categories: Popular Contemporary (3 separate grants will […]

$10,000 grant on offer for aspiring hip hop and soul artists with the 2017 Hilltop Hoods Initiative

The Hilltop Hoods Initiative is back for another year, with emerging Australian hip hop and soul artists encouraged to get involved for their chance to land a $10,000 grant courtesy of the Hoods and APRA AMCOS. Now in its 12th year, the Initiative has supported the work of the likes of Sarah Connor, I AM D and Jimblah – three […]

The State of Affairs: APRA AMCOS and RECOGNISE join forces, a new All Ages Access Grant is created by City of Sydney and MusicNSW & more!

This week in the music industry, APRA AMCOS released their full review report for the 2015-2016 financial year period, Melbourne’s Gretta Ray won the 2016 Vanda and Young Songwriting Competition, a new social networking app for the music industry was launched, and tickets to the inaugural National Live Music Awards are available now. APRA AMCOS 2015-2016 […]

The State of Affairs (24 June 2016): performance reports due for local musicians, financial and legal advice for musicians & more!