How do I even introduce Zan Rowe to those who aren’t familiar with her (how!?), where do I begin? She has been a friend to many over her years at triple j, introducing so many amazing artists to so many people, guiding us to new areas in our musical tastes, and helping everyone start the […]

Face The Music 2016: Day One Highlights

Melbourne Music Week 2016 is culminating with Face The Music, a contemporary music summit that, well, lives up to its name. This year sees some of the best and brightest in the industry coming together for two days of discussions, deliberations, demonstrations (and debaucheries). With over fifty different talks, panels, workshops and networking sessions, the […]

Sounds Australia is Saved! Full funding for the music-market export initiative announced at Face The Music

After months of uncertainty following the defunding of the music export initiative – who, among many other activities, put on great events around the world like The Aussie BBQ to showcase Australian talent – the organisation’s immediate future was revealed on the steps of the State Library in Melbourne today. Fronting media and guests of […]

The 2016 Face The Music conference has announced its second speaker announcement following on from a strong initial reveal including the likes of Robert Forster, Ricki Astin, Zan Rowe and Anthony Fantano. Taking place at the State Library Victoria during Melbourne Music Week this November, Face The Music co-programmers Ash Sambrooks and Zac Abroms have today announced the following artists and industry figures will also be joining the event […]

Face The Music unveils first speaker line up for 2016 event!

Anthony Fantano, Andrew Jervis, Ricki Askin, Zan Rowe and more have been confirmed as speakers for Face The Music this year, as new program co-ordinators Zac Abroms and Ashley Sambrooks dish out some impressive names in their first year at the helm of the Melbourne contemporary music summit. Over the course of November 17th and 18th this year, the summit will be standing out […]

This week in the music industry: for the first time ever, audio streaming has exceeded video streaming in America, and applications for the Australia Council for the Arts’ International Residencies Program open. BuzzAngle’s 2016 mid-year music sales report This week, BuzzAngle released the 2016 mid-year instalment of their  biannual reports on the performance of music sales within the American […]

A re-imagined Face The Music industry conference is hitting Melbourne this November, with Zac Abroms and Ashley Sambrooks taking the helm as co-programmers. The event this year will still be featuring a variety of industry panels, keynotes and other drawcard elements, but will also be seeing some changes to its 2016 program. For one, Face The Music is […]

Talks, Parties and Performances revealed as the Program is announced for Face The Music Industry Conference

The program for the 2015 Face the Music industry conference has been announced. With fifty various music talks, meetings, workshops, parties and performances under the Arts Centre spire and surrounding arts precinct, the conference is designed for musicians, creative business people and music fans alike. Opening Face the Music 2015 will be Mardi Caught (Warner […] 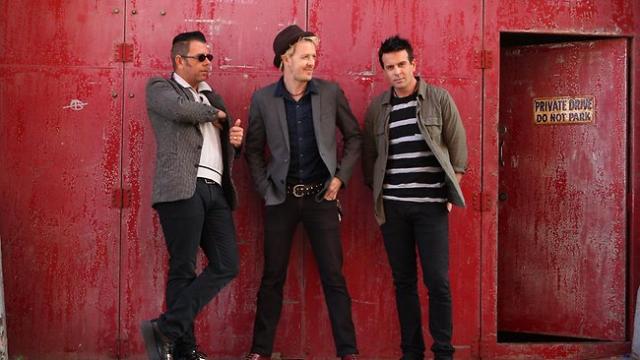 It seems like The Living End have been around for ages now but who can blame them? For a band that’s so passionate at what they do, it’s no wonder Scott Owen embraces every opportunity the band have taken that has lead them to their successes as of now. Looking back at their classic hit wonders, “White […]