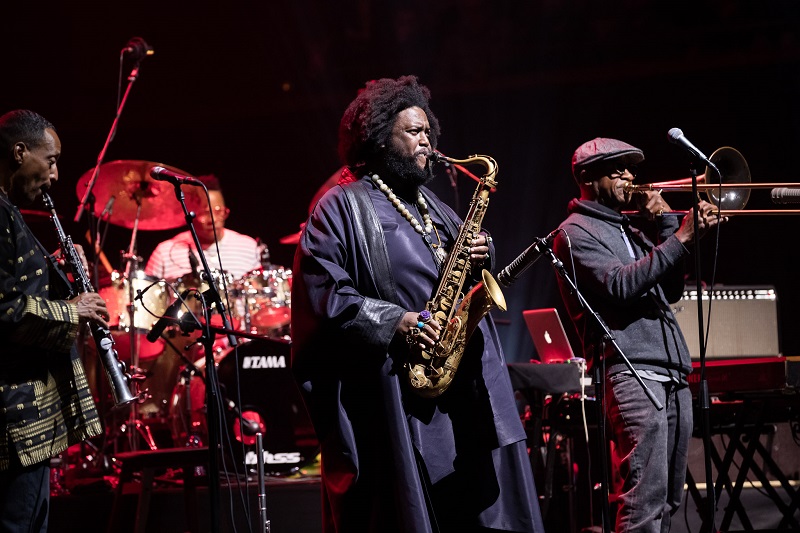 Forget harmony, Kamasi Washington and his exceptional band, The Next Step, are here to preach the virtue of divergence. The kind you’d hear sparingly, even at the best jazz clubs in Australia. Well, not entirely; they are here to show how top-tier musicians can veer off onto their own paths, only to meet back at […]

WOMADelaide has come out the gate swinging with their first line up for 2018, bringing out big guns Anoushka Shankar and Kamasi Washington alongside the likes of Rodrigo y Gabriela, The Avalanches and Dan Sultan for what’s looking to be another stellar year out in Adelaide’s Botanic Park. https://www.youtube.com/watch?v=I0K9niyHgsI 18 artists have been announced to perform over the long weekend […]

The 2017 American Music Prize finalists include Whitney, Son Little and Margaret Glaspy in its sophomore year

San Francisco’s Outside Lands festival continues to be one we desperately want to be at, yet again delivering a line up of musicians we’re green with envy over. Taking place at the Golden Gate Park from August 5th – 7th this year, the festival brings together (unsurprisingly) Radiohead and LCD Soundsystem to headline the ninth year of Outside […]

The Best of Bluesfest 2016 – our team names their picks of this year’s festival!

With this year’s Byron Bay Bluesfest in the bag, our team has returned back to Sydney and Brisbane full of highlights from the epic Easter Weekend of live music that brought together everything from hip hop to jazz, blues to country and almost everything in between. Larry, Andrew and Chris give us their picks of […]

Kamasi Washington (US) on the relationship between jazz & hip hop and more at Bluesfest!

Kamasi Washington‘s run of Australian shows recently, both headline, festival (for Bluesfest) and supporting Kendrick Lamar have earned rave reviews and have won the Cali jazz maestro a legion of new fans. His album The Epic demonstrated a music talent that took contemporary music fans by storm last year and with these live shows continuing to highlight […]

Soul reigns supreme on the third day of Bluesfest 2016 with sets from D’Angelo, Allen Stone, and more

“[D’Angelo’s debut album] Brown Sugar changed my life in ways I never thought possible”, said Dallas Green as City and Colour took the Mojo stage through a fan-pleasing set on Good Friday, hyping up the Saturday headline slot from the neo-soul pioneer even more. This resulted in D’Angelo’s scheduled two-hour performance being delivered to a […]

Five Acts Not to Miss at Auckland City Limits 2016!

This Saturday (19th March) will be a historical moment for those that really love their music festivals, as one of the most established in history, Austin City Limits, is brought down to the Southern Hemisphere (finally!) and transposed to fit the city-surrounds of beautiful Auckland, New Zealand. The increasingly popular city will be the focal point […]

If you haven’t gotten tickets to Bluesfest this year, don’t fret, as one of the surefire highlight artists on the festival bill for 2016 has announced some headline dates of his own. Kamasi Washington, US avant-garde jazz musician and composer recently in the spotlight for his work with Kendrick Lamar on To Pimp a Butterfly, […]

Bluesfest have continued to prove that they’re the festival that keeps on giving, today announcing their latest artist additions! 2016 is already going to be seeing the festival branch out and explore more genres outside the traditional blues and roots genre and this latest round of names is only a further testament to the fact […]