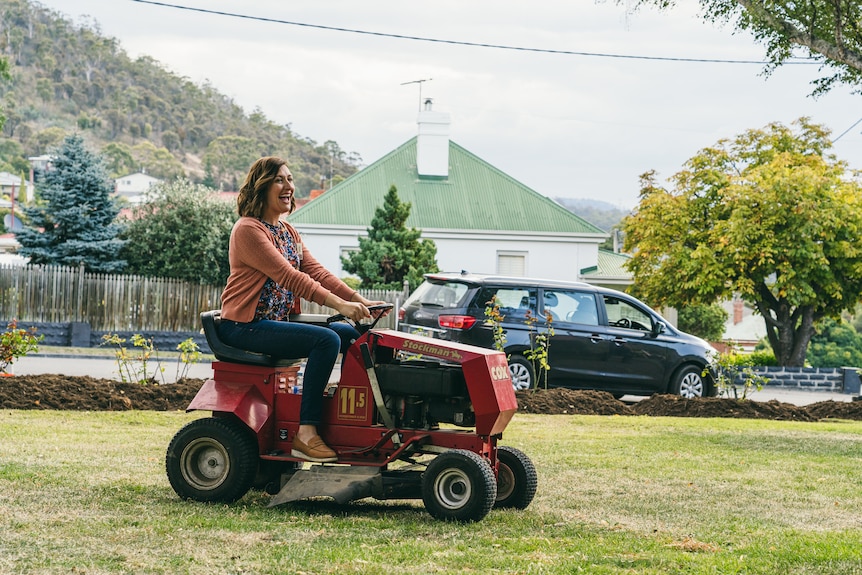 Interview: Rosehaven‘s Celia Pacquola on the final season and embracing being a “nice” comedian 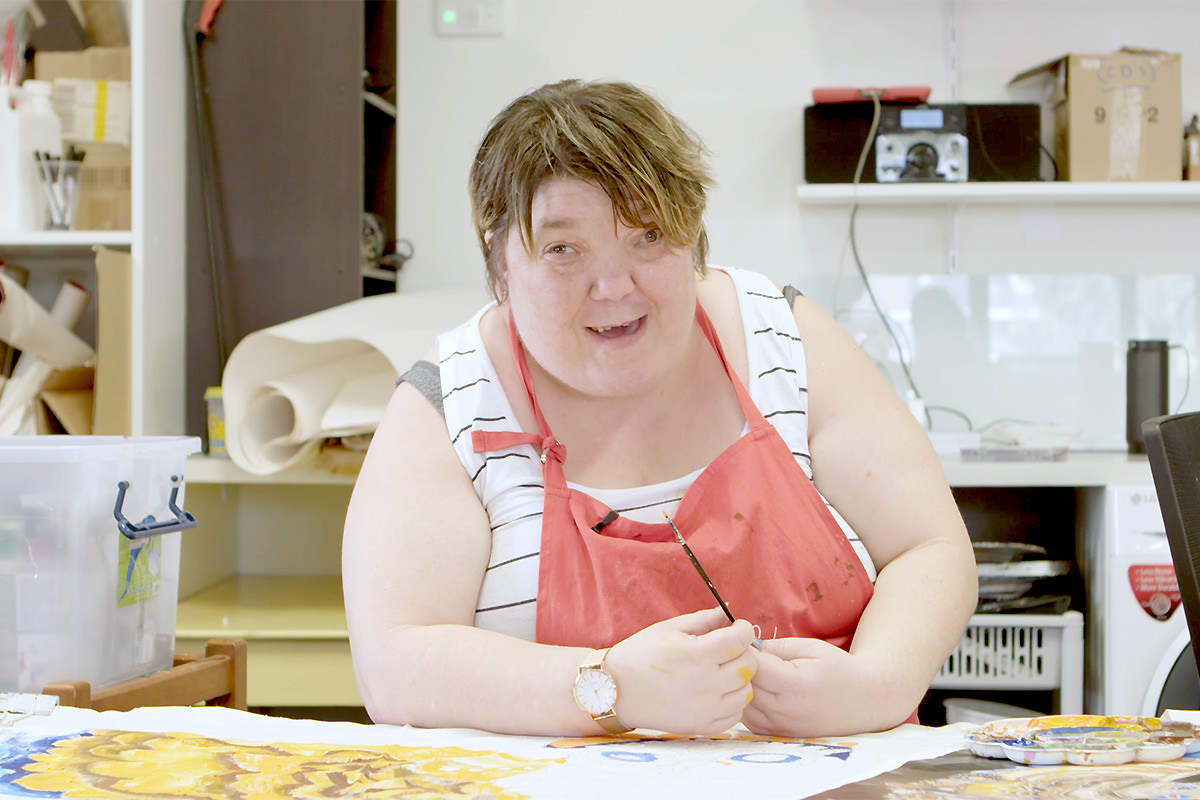 ABC and Screen Australia have announced four short-form documentary projects have received funding through ABC and Screen Australia’s Art Bites Initiative. This initiative is currently in its third year, encouraging filmmakers to produce a total of 6 x 5-minute documentary series for ABC’s online viewing platform ABC iView, based around art. Each team will receive […] 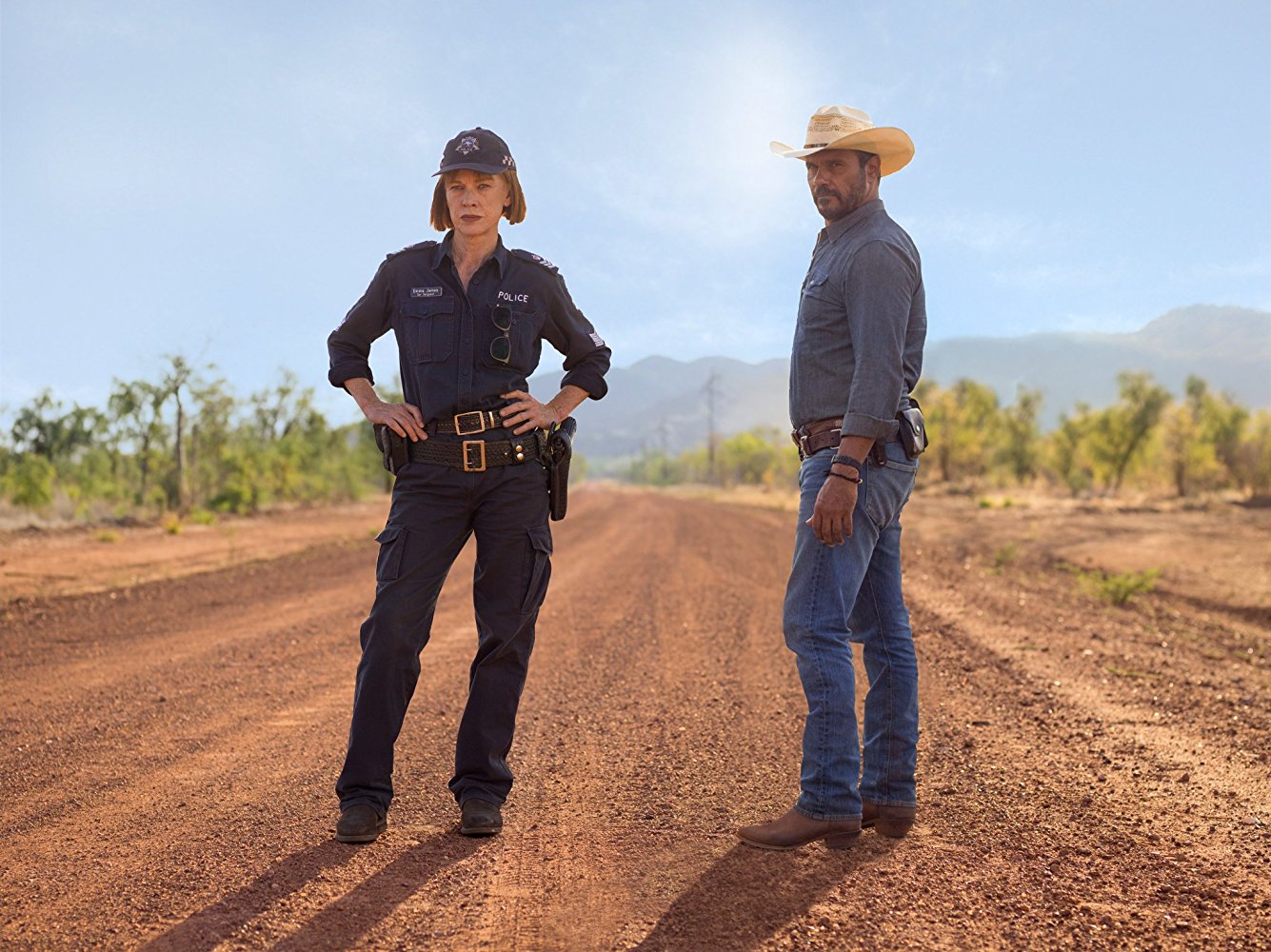 The secret’s out about the excellent drama/thriller series, Mystery Road. It’s actually a gripping, Australian detective story that sees the character, Jay Swan reprised from Ivan Sen’s films, Mystery Road and Goldstone. This time around the crime takes place in the small outback town of Patterson where the locals are elusive and tight-lipped about what […] 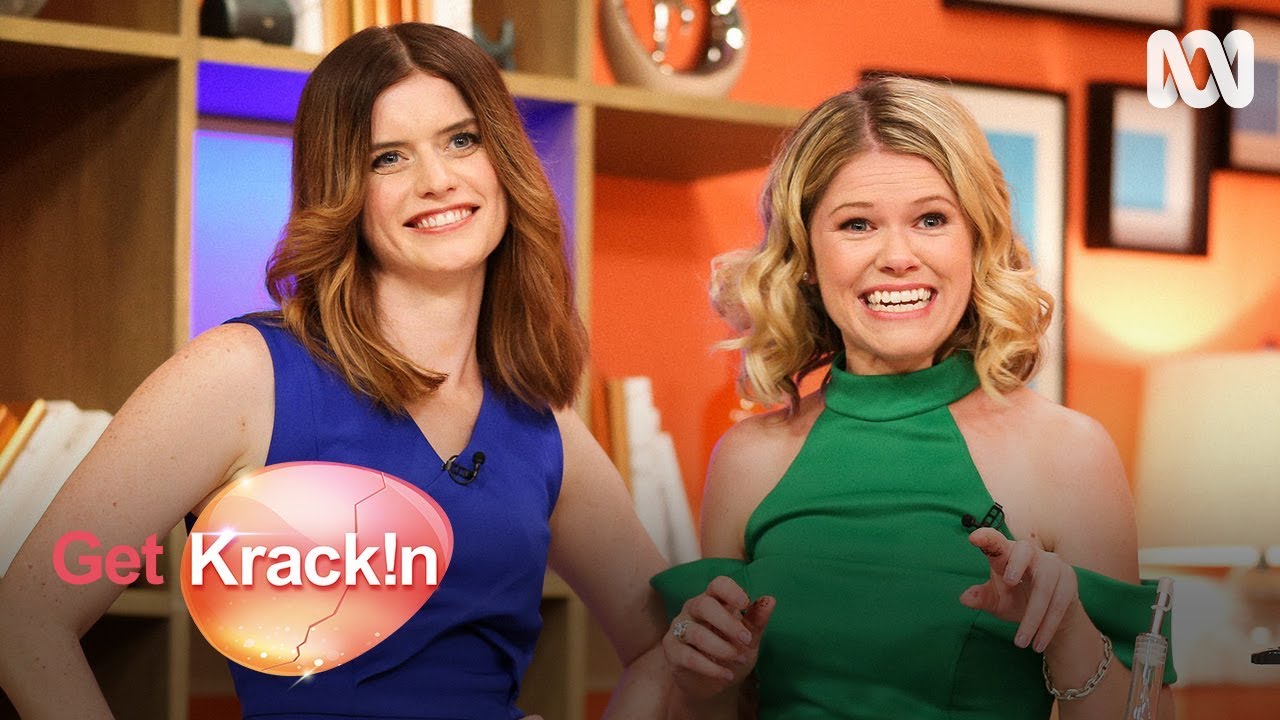 The Krack Heads Return as the Kameras Are Set to Roll on Get Krack!n Season 2

ABC, Screen Australia and Film Victoria have announced that filming has begun on the second season of the comedy series Get Krack!n, created, written, produced by and starring Kate McCartney and Kate McLennan. As the follow-up to ‘The Kates’ classic first series hailed by critics as “the finest satire ever put to air on Australian […] 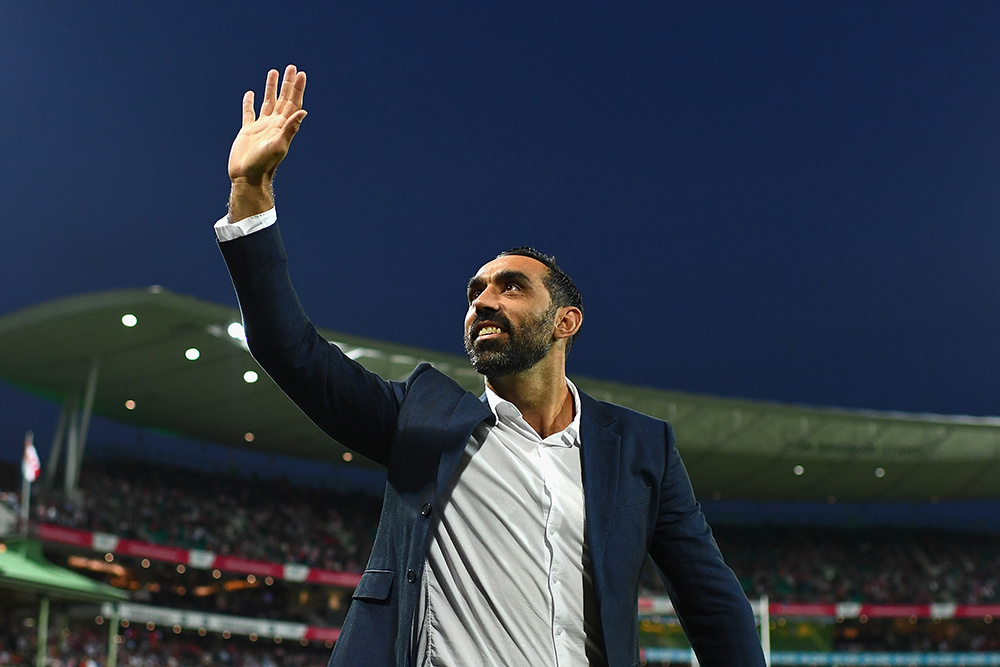 Screen Australia has announced it will be funding a total $2.9 million towards 10 Documentary Producer and Documentary Commissioned Programs. This announcement includes funding for a Black Saturday ABC feature, alongside a feature behind now retired AFL legend Adam Goodes. Liz Stevens, Senior Manager of Documentary at Screen Australia commented on the news, stating, “Documentary is […]

ABC’s War On Waste wages on in new series

ABC’s landmark series War on Waste that opened Australia’s eyes to its staggering waste levels returns Thursday 24 July, with host Craig Reucassel (The Chaser’s War on Everything) returning to tackle new targets such as water bottles, e-waste, furniture waste, while touching on topics such as food waste and the recycling crisis. In 2017, War on […]

The ABC has claimed a Guinness World Record title for the most people stargazing across multiple locations, thanks to 46,000 Australians from every corner of the country. In partnership with the Australian National University (ANU), the ABC’s Stargazing Live community initiative saw 46,345 amateur astronomers simultaneously observe the moon through a telescope over a 10 […]

First Impressions: ABC’s Mystery Road is your new favourite police drama & one that will leave you on the edge of your seat

Airing on the ABC next month, Mystery Road is a six part crime series and spin-off of Ivan Sen’s excellent films, Mystery Road and Goldstone. The show looks poised to be our new favourite mystery/thriller and a highlight of 2018’s programming. The show sees Aaron Pedersen reprise his role as the cowboy detective known as Jay […]

Ten NSW-based filmmaker teams have been selected to attend an expert masterclass in conjunction with the Half Hour Drama development partnership between Create NSW and ABC. This partnership will see the launch on the development 30-minute drama series ‘Heart and Humour‘. The masterclass will be headed by key creators and show-runners of both local and […]

Ever want to record your own song? Applications now open for new ABC series The Recording Studio

The ABC will open the doors of its world class recording studios to everyday Australians, asking the question, if you could record just one song, what would it be? Be it a personal tale, or a pop hit waiting to grace the ears of the world, The Recording Studio is promising to offer a fresh […]

Interview: Aileen Beale on the response to ABC’s Easybeats mini-series Friday on My Mind

Tonight will see the second part of the ABC mini-series Friday on My Mind air on TV. Following the first part airing last week, we caught up with actress Aileen Beale, who plays George Young’s mother in the series, to talk about it and the show’s reception. This mini series is garnering quite a lot of acclaim […]

Announced recently by the ABC, crime series Harrow which will be led by Amazing Grace actor Ioan Gruffudd has commenced filming in South East Queensland. And as the production rolls out on the ten-part series, details regarding the extended cast and the production schedule have surfaced. Promising a gritty and dramatic program imbued by endless […]

A new ABC event series based on the iconic Australian rock and roll band of the swingin’ ’60s has begun production in Sydney. The Easybeats had widespread international success with their 1966 single “Friday on My Mind”, but the synonymously named television mini-series will follow band back to their beginnings as young European immigrants who […]

A new drama series starring Hugo Weaving and based on Elliot Perlman’s critically acclaimed novel will air on ABC and iView this April. Seven Types of Ambiguity is described as “an exploration of the complicated emotional terrain of relationships and the risks people will go to in the name of love.” The synopsis from ABC reads: […]

The ABC have cancelled Good Game

Australia’s longest-running and most-watched television program about video games has been cancelled. The news comes as the show was gearing up for a new season this year on the ABC, and was announced via the show’s social media accounts this morning.

Rosehaven is a comedy show that finds the funny in lots of things. It’s a fish-out-of-water comedy, a buddy comedy and a sitcom set in rural Australia. This eight-part series debuted on the ABC in 2016 and it was a hit with audiences. This is because it’s a funny show about two rather unlikely friends […]

ABC iView lines up three new comedies for the holidays

ABC announced on Monday that they will be releasing three new 6 x 5 minute narrative comedy web series, Goober, Almost Midnight and Lost in Pronunciation. ABC and the South Australian Film Corporation have collaborated together to launch the three comedies via streaming site ABC iView during the Christmas/New Years period. The purpose of the series is to […]

It’s been announced today that both ABC and Screen Australia will be joining forces to bring back the initiative Fresh Blood. First introduced in 2013, the initial Fresh Blood call-out resulted in 72 new comedy sketches created by 24 teams. From those teams, five were selected to make their own TV Pilots for the ABC […]

ABC have just made a couple of announcements in regards to their Television content and the hosts that will start to appear in the beginning of next year. In 2017, audiences of Australia can expect appearances from actors including Claudia Karvan, Hugo Weaving, Miranda Tapsell, Xavier Samuel, Ian Thorpe, Anh Do and Rob Collins. In addition, […]

ABC Cyber-thriller, The Code, steals the show at the 49th annual Australian Writers’ Guild Awards, becoming the only series in history to take home two Major Awards for both its seasons. More than twenty-five Australians were honoured at this year’s award show, which was hosted by The Chaser’s Julian Morrow. Leading Australian screenwriter, Shelley Birse, […]

Due to outstanding success, ABC has announced that production is currently underway for a follow-up season for the popular series, You Can’t Ask That.  The show, which is one of ABC iview’s most successful series, aims to give an unmediated platform to Australia’s marginalised people by offering genuine insight into their lives. Delivered through broadcast and […]

Good Game will celebrate their 10th Birthday with a live episode

ABC has announced a celebratory live studio episode of the hit Australian gaming show Good Game, which will bring in musical comedians, as well as renowned comedic gamers, to ABC’s Studio 22 in Sydney for the show’s 10th Birthday.

Filming has started for Series 5 of The Doctor Blake Mysteries

ABC made the announcement yesterday that filming for Series 5 of The Doctor Blake Mysteries has already started in Melbourne. Making its debut in 2012, the crime drama series has been a popular pick for viewers, curating over 1.67 million viewers across broadcast and iview platforms. The series stars Craig McLachlan who plays the character […]

Blue Water Empire, a three-part dramatised documentary series for the ABC, has commenced filming. The show, which provides a unique insight into the history and culture of the Torres Strait Islands, will show pre-colonisation life through the pervasive impact of European arrival. The cast list includes many local favourites, such as Jack Thompson, Ryan Corr, Damian […]

David Hunter recently caught up with two gentleman who have taken Australia – and the world – by storm. From their YouTube sensation Bondi Hipsters to their ABC series Soul Mates returning for a second run, they don’t seem to be slowing down anytime soon. David talks to Christiaan Van Vuuren and Nicholas Boshier about […]

ABC has become the third Australian Network to offer all of their channels through a live streaming service, joining PLUS7 and 9Now with their comprehensive streaming service iview. The addition of ABC2, ABC3 and ABC KIDS means that ABC is now offering their entire broadcast spectrum to be viewed through the smartphone app or via […]

Yesterday ABC made the announcement that they will be taking in a new drama series titled Newton’s Law.  Furthermore, production is currently underway in Melbourne for the eight-part series. Newton’s Law was an original concept developed by Deb Cox and Fiona Eagger who were the shakers behind the success of Miss Fisher’s Murder Mysteries and The Gods of […]

Danger Mouse is getting a second season

Fremantle Media Kids & Family and CBCC have announced that the revamped series of Danger Mouse will return for a second season. The tiny secret agent debuted in 1981 but due to a much beloved legacy, returned to screens in 2015 to great ratings. Alexendar Armstrong and Kevin Eldon will reprise their roles as Danger […]

ABC has announced that locally-produced drama series The Doctor Blake Mysteries will be back for a fifth season. After series four’s successful run (with a whopping average of 1.67 million viewers), Craig McLachlan returns as police surgeon Dr Lucien Blake and Nadine Garner as his trusty housekeeper Jean.  Loyalty and friendships will be tested and […]