There is no denying that Adele’s “Hello” has been worth the wait. The ultra emotional ballad about forgiveness and forgotten-ness has rightfully placed her back into the very heart of the music industry, and reminded us that she is one of the most powerful voices living today. The last thing we’d expect is a remix […]

After early bird tickets sold out in less than 15 minutes, sun-soaked Sydney boutique festival Vibes on a Summer’s Day has officially released an impressive first-wave line up, bringing in both international and local acts for a mash of nu-disco, jazz, soul, space funk, house, and more. The popular event will take place in January […]

Sure, we’ve seen everyone from new anchors to vine regulars hit the quan, but Kendrick Lamar has now taken the dance a step further in his very busy, hilarious video for “These Walls”. The playful house-party vibe that illustrates to To Pimp a Butterfly shows off the emcee’s comedic side as the music video is […]

Win a double pass to see The Aston Shuffle in Sydney!

The Aston Shuffle warmed us up recently with their first taste of new material this year, the classic house jam ‘Don’t Let Go’. The pair have also revealed yet another new delight with ‘High With You’. The track release sits alongside the announcement of a national LIVE headline tour taking place this November, with dates […]

After nine amazing events at the Hive Bar in Erskineville, today we’re announcing our tenth and final AU Sessions for 2015. Taking place during ARIA week, our last event of the year is set to be a special one… Performing for us will be the talented Caitlin Harnett and Jordan Léser, who will walk in […]

Sydney four-piece Wells introduced themselves to us a few months ago with their tune “Fractures” and this week, we’ve been stoked to see they’ve been able to successfully follow it up with their new single, “Shepherd”. The second tune taken from their debut EP The Pale King, “Shepherd” is a dark, tense and gorgeous piece […]

Playwrite (Melbourne) talk about the making of LP Cathedrals

Earlier today, we premiered Playwrite‘s new album Cathedrals (which you can listen to here). Now, we chat to the band about the making and recording of the album, as well as what it was like to work with Jimi Maroudas. Let’s find out what Playwrite want their listeners to take away from the record, and […]

Heath Media are today excited to reveal the 7 artists and filmmakers who will be part of Captured Australia – a national music video competition that has partnered up these seven teams and given them approximately seven weeks to produce a music video or short film under 5 minutes. Past installments of Captured, which took […]

Yahtzel, Basenji and more for NYE On the Harbour!

Sydney will, for another year, be offering people a whole heap of options when it comes to partying down on New Year’s Eve. Undoubtedly one of the hotspots for locals and vistors from interstate and abroad, you’re gonna want to figure out your plans quick. If you want to be spending the final night of […]

The final 11th AMP Longlist soon to be announced – artists encouraged to submit their 2015 releases!

The 11th Australian Music Prize is currently having its longlist formed and deliberated upon by this year’s panel of artists, journalists and retailers, with the final announcement soon to be revealed. For any artist who has released a record in 2015 and is contemplating whether or not to submit their album for consideration, now is […]

After three years in the making, Cathedrals, the debut LP from folk-pop group Playwrite is here. Including eleven songs that portray the band’s growth over the past five years, the album was created with producer Jimi Maroudas (Kimbra, Eskimo Joe, Bertie Blackman). Cathedrals sheds light upon the grief and darkness behind losing one’s parents. In […]

Adelaide songwriter Loren Kate is a busy lady, navigating a continuously burgeoning music career all the while being mum to two children. This month has seen her release a new EP in Til Night Meets the Sun off the back of her Telstra Road to Discovery win in 2014 and a successful recording trip and […]

Bursting with the nostalgic pop-punk vibes of the early 2000s, where bands like The Starting Line and New Found Glory ruled, Seaway are a new fresh face to the pop-punk scene. Since signing with Pure Noise Records, they have been exposed to the same community of people who listen to the likes of State Champs, […]

Come along for the ride as Peoples Palace document their CMJ journey for us in this exclusive tour diary! From a 20 hour countdown and getting stuck in an elevator, to performing for the first time in New York City and checking out the Brooklyn Bridge, the States sure offered this Aussie indie rock band […]

Pulled Apart By Horses will always stand out as one of the bands at Soundwave a few years ago who kept me at their stage for a full set without knowing much of their material previously. Having heard the name being thrown around as a must-see band a few months previous, I came to the […]

Sydney-based alternative rock band Stone Parade have toured Australia extensively with the likes of Maroon 5, 3 Doors Down and Hoobastank. Recently, they were support act for Lifehouse’s Sydney show and put on quite a performance with their positive-driven music. With the recent release of their new single, “Be Someone”, we chat to leading frontman of […]

Warmth Crashes In have been crafting some entertaining and rather enigmatic music recently, all leading up to the release of their debut self-titled record. Out officially tomorrow through Create/Control, the band’s first album is a swirling, mind-bending collection of music. The Melbourne group’s utilisation of effects and grooves on the record make for a great listen and […]

Tickets went on sale this week for the 40th Annual Sydney Festival, which is set to take over the city with a wide range of events from January 7th to the 26th. As always, amongst the lineup is an electic array of all age events and performances. Here are the five we think are not […]

Perth producer Ta-ku has teamed up with Brisbane songstress Wafia for an interesting, stripped back interpretation of Estelle and Kanye West’s hit single “American Boy”. With Ta-ku stepping his own game up with vocal work, this track marks a pretty big leap for the acclaimed beat-maker who is still enjoying accolades from the brilliant EP […]

The most important three days on the Australian gaming community calendar are here again at last. Now in it’s third year, PAX Australia has become the nation’s premiere festival for every corner of the gaming hobby. From tabletop to virtual reality, if you love games then PAX loves you. If you’re having trouble deciding what […]

Halo 5: Guardians feels like it has more crosses to bear than is entirely reasonable. 343 Industries still have a lot to prove to fans of the series – Halo 4 was a critical darling but its online player base vanished almost overnight and it can’t be denied that the multiplayer component in last year’s […]

Win a double in-season pass to see Monty Python reunite alongside Simon Pegg and Robin Williams in Absolutely Anything!

It’s comedy magic when Simon Pegg teams up with the voices of the Monty Python team and Robin Williams to remind us to be careful what you wish for in Absolutely Anything. Unbeknownst to school teacher Neil Clarke (Pegg), a group of eccentric aliens decide to place the fate of humanity in his hands. In […]

Win one of ten copies of Terminator: Genisys on Blu-ray!

Called “A superior action thriller” (Stephen Romei, The Australian), the new chapter in the iconic franchise Terminator Genisys has just exploded onto Blu-ray, Blu-ray 3D Combo Pack, DVD, and On Demand from Paramount Home Media Distribution. In the war of man against machine, Kyle Reese (Jai Courtney, The Divergent Series) is sent back to 1984 […]

Australian Box Office: The Martian battles ghosts and Spielberg and holds its own

As expected, last weeks two new releases Paranormal Activity: The Ghost Dimension and Bridge of Spies did in fact make an impact at the box office, but not enough to conquer The Martian, which enjoys its fourth week at the top. The Martian made another very impressive AU$2.2 million as it continues to stave off […]

Tech Interview: Brian Solis talks about his hew book X: The Experience When Business Meets Design and the Digital Future

Brian Solis is a digital analyst who studies disruptive technology and its impact on business at the Altimeter Group and is the author of a new book called X: The Experience When Business Meets Design. He was in Australia this week to speak at the Australian Digital Summit – presented by Telstra – and Larry […] 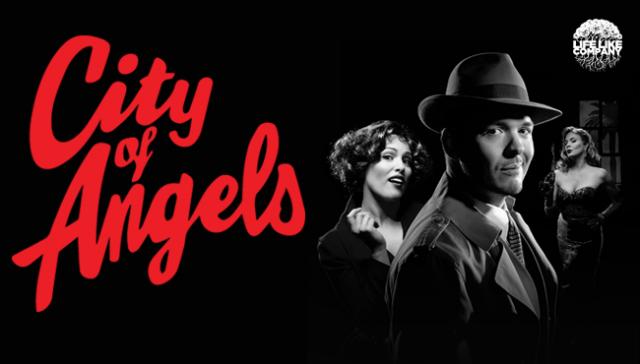 Having spent the last few weeks indulging in movies as part of his character research, actor Kane Alexander, is certain he and his cast members will bring to life one of Broadway’s most successful shows. Life Like Company have taken a risk bringing City of Angels to Australian audiences, but given the way Kane has […]