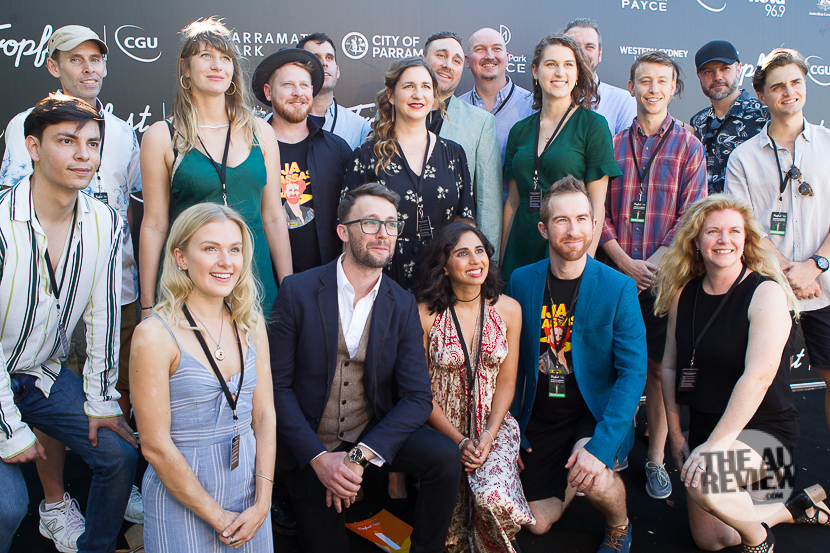 Tropfest Australia’s largest short film festival is back once again and the rain held off as the stars walked the black carpet before an amazing night of fun, film and food held in Parramatta Park.

Tropfest 2017: A wrap-up of the 25th annual short film festival

Tropfest, Australia’s most prestigious short film competition and the largest short film festival in the world, took place at Paramatta Park over the weekend as tens of thousands of people turned out to see the breakout of a band of fresh new filmmakers. The 25th iteration of the festival, which culminated with 16 finalists all vying […]

Joining head of the Jury Rose Byrne for Tropfest’s 25-year anniversary will be actor Sam Neill (Hunt for the Wilderpeople), directors George Miller (Mad Max) and Rachel Perkins (Bran Nue Dae) and producer Bruna Papandrea (Gone Girl). “It is an enormous honour to add these esteemed filmmakers to the Tropfest Jury in our 25th year,” said Tropfest Founder and Chair, John Polson. “We’re excited for our judges […]

The world’s largest short film festival, Tropfest,  has announced it 16 finalists for 2017, in this its 25-year anniversary.  The festival will take place on Saturday, 11th February.   This year, the films drew inspiration from the infamous Tropfest Signature Item (TSI), which in 2017 was PINEAPPLE. The films will screen to a live audience at […]

Martin Freeman, best known for his work in Sherlock, Fargo and The Hobbit, is currently in Australia bringing to life a heart-wrenching zombie thriller. Cargo is based on a Tropfest short which garnered well over 10 million views online, and tells a harrowing tale of family love. Martin Freeman plays Andy, a father who has […]

Tropfest turns 25, celebrates by becoming not for profit and introducing new agenda

After a few turbulent years, the world’s largest short film festival has announced it will become a not for profit business and will shift it’s focus to attracting more women filmmakers and introduce a board to promote the longevity of the organization. 25 years ago, John Polson and a couple of his friends stood outside […]

Our Favorite Short Films of Tropfest 2016

Tropfest 2016 took place over the weekend and it was both an absolute blast for both veteran attendees of the short film-festival and newcomers who showed up in droves for the event. This year’s Tropfest came down to 16 finalists and while this year’s winner Shiny is an impressive work of animation, it’s important to […]

Award winning Australian filmmaker and Hollywood legend Mel Gibson will join be Tropfest’s judging panel this Sunday 14 February, 2016. “I’m really thrilled to be in Sydney, and to have been invited to judge Tropfest,” said Mel Gibson. “I know what it’s like to be starting out in this industry, in Australia, and what a […]

Tropfest, Australia’s most prestigious short film festival has announced the judging panel that will decide the winner of the 16 finalists, this Sunday on Valentine’s Day at Sydney’s Centennial Park. The Mentalist star Simon Baker and Packed to the Rafters actress, Rebecca Gibney will join Moulin Rouge! cinematographer Don McAlpine, and director of The Dressmaker […]

Tropfest will be shown across eight live sites in Australia

Tropfest made an announcement on Tuesday that it will be shown across eight live venues in NSW, QLD, SA and WA. The film festival is making its triumphant return on Valentines Day, Sunday 14 February 2016, making it such great news for film enthusiasts and creatives alike! With the incredible support of CGU Insurance, the […] 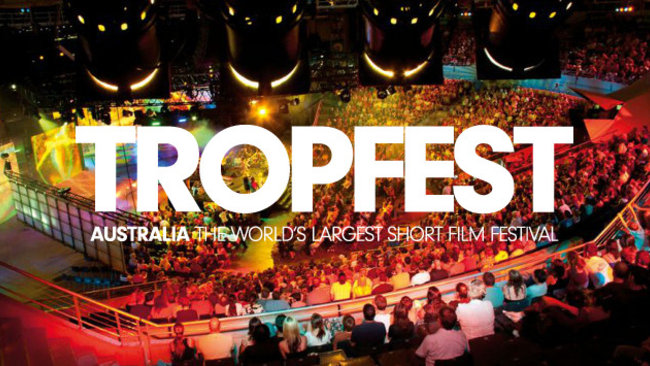 Tropfest has been resurrected and will return in 2016

The world’s largest short film festival, Tropfest, was set for this week, but was cancelled earlier in November because of mishandling of funds. But now, after aid from CGU insurance, the festival will return for its 24th year on Sunday 14th of February 2016, in Centennial Parklands, Sydney. John Polson, founder and festival director of […]

The largest short film festival, Tropfest has just announced the national venues for the event on December 6th.  Continuing their partnership with Moonlight Cinema and hotel QT Sydney, the festival is set to screen at Sydney’s Centennial Parklands; and at Moonlight Cinema venues across the country including Melbourne’s Royal Botanic Gardens Central Lawn, Perth’s Kings […]

Entries to Tropfest Australia 2015 are now officially open. To enter, all you need is an eager heart and a story to share with the world.   Whether your a pro or a beginner, everyone is invited to share their amazing ideas, so if you think you have a good story to tell, well, tell it. With thousands of entries every year, […]

Tropfest announced recently on the 7th of December that Julian Lucas from Elwood in Victoria has won the coveted fruit trophy for Granny Smith. The short film was chosen by an expert panel of five judges – Australian actor Kat Stewart (Offspring’s Billy Proudman); Australian writer Marcus Zusak – writer of The Book Thief; Hannibal, […]

Tropfest is Australia’s most prestigious short film festivals and is also the largest in the world. Tropscore was developed by Tropfest in partnership with APRA AMCOS, and is the largest film score competition in Australia. It encourage musicians to produce a musical score or synch for a short film clip provided by Tropfest. The finalists […]

In the lead up to this year’s Tropfest, Tropfest Australia is holding the fourth annual Tropfest Roughcut event on July 26th in Sydney. The engaging and interactive film industry event will include networking sessions, panel discussions, and conversations with industry greats, such as actor John Jarratt (Wolf Creek) and comedian Dan Ilic. The full day […]

The Iris talks to Marc Fennell to talk about his upcoming co-hosting duties for the 22nd Tropfest short film festival in Sydney, Australia, broadcast on SBS2 around the country. The broadcast is happening this Sunday, December 8th from 8.30pm! For more details head to http://www.tropfest.com/ ———- This content has recently been ported from its original […]

Tropfest has recently announced the 16 finalists who’s films will be screened across the nation when the world’s largest short film festival kicks off on Sunday December 8th. An eclectic assortment of films will be on show, ranging from thrillers and comedies to documentaries and dramas, which have all been inspired by the Festival’s signature […]