Melbourne’s favourite gritty garage rocker’s The Pretty Littles are back and providing the goods with an epic show, an epic line-up and a bloody good album to go along with it. The Corner Hotel crowd was churning for opening night and the bloke beside me chimed in to let everyone know that “The Pretty Littles […]

Recent signees to Sunset Pig Records, The Pretty Littles have surged back to the fore of our radar with the release of new single, “Don Dale”. Taking to task gross mistreatment of inmates at the Northern Territory’s Don Dale Detention Centre, the band’s new single tackles negligence and mismanagement amongst other issues that have been prevalent […]

The Pretty Littles hitting the road with “Helluva Tuesdi” this February

The Pretty Littles return after what proved to be a hectic 2016 with some brand new tour dates along with their latest single, “Helluva Tuesdi”! The band is already well into writing for album number five (yes, five), but these dates are going to be absolutely kicking and unmissable – the final tour of The Pretty […]

Jack Parsons talks Soft Rock For The Anxious ahead of The Pretty Littles’ upcoming tour!

This month, The Pretty Littles are hitting the road with their new album Soft Rock For The Anxious – as their third release, the record is raucous and euphoric. Singles we had heard prior to its release already indicated that the Melbourne group were headed onwards and upwards, but the full record comes together flawlessly. Speaking with frontman Jack Parsons just […]

This week in the music industry: Melbourne publicist Karen Conrad offering ‘SHE Rates’, Justine Clarke and Josh Pyke team up to support the Indigenous Literacy Foundation, The Pretty Littles sign with Caroline Music Australia & MusicSA want your feedback! Karen Conrad introducing ‘SHE RATES’ for female-driven PR campaigns In an attempt to try and fix the gender […]

This week in the music industry: for the first time ever, audio streaming has exceeded video streaming in America, and applications for the Australia Council for the Arts’ International Residencies Program open. BuzzAngle’s 2016 mid-year music sales report This week, BuzzAngle released the 2016 mid-year instalment of their  biannual reports on the performance of music sales within the American […]

Melbourne favourites The Pretty Littles are getting back out on the road later on in the year with their forthcoming third album, Soft Rock for the Anxious, touring right down the east coast this October and November! From what we’ve heard of the album already, particularly in newest tune “Sleeping in the Water”, it’s looking like The Pretty Littles […]

Who better to tear Adelaide’s Fat Controller down on a Friday night, but the psychedelic, rock grooves that are The Delta Riggs? The room filled out as time went on before the show. The Pretty Littles played their bit of the night jamming out tracks that only brought fans closer to the purple and red […]

The Pretty Littles set for ‘Pride’ tour, kicking off at the end of April!

The Pretty Littles are packing up and heading out on tour from the end of the month, spreading the good word about their latest tune “Pride” with fans down the coast! The indie rockers have injected a solid dose of garage to their new single which is no doubt going to go down brilliantly as […] 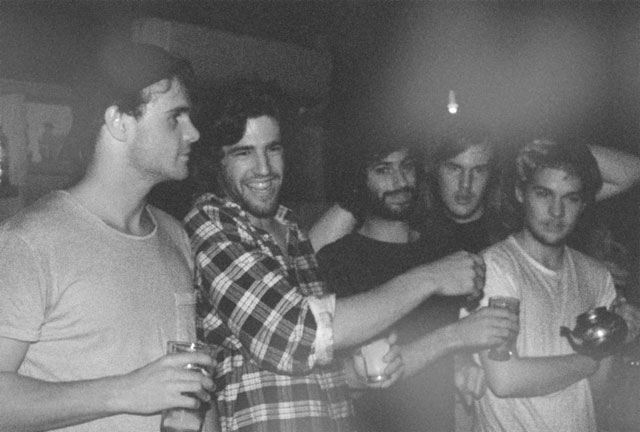 We sit down with Melbourne band The Pretty Littles to discuss there debut EP Fairweather, working with Big Scary guitarist Tom Iansek and what we can expect from the band in the coming year. Who would you say your main influences are? The Vasco Era are a huge influence. They are the only reason I’m […]