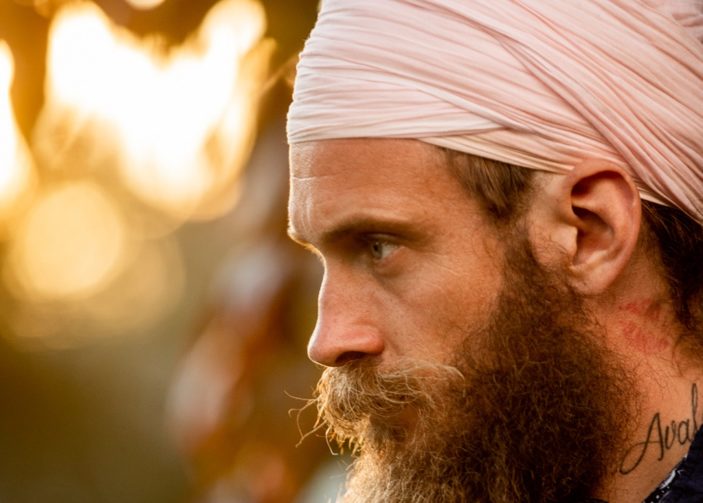 When you meet Tyler Atkins you’re immediately aware you’re in the presence of someone calm, intelligent, and confident in their own surroundings.  But, as Peter Gray learned, it took some time to get to that place for the Australian filmmaker, especially within the crafting of his feature debut, Bosch & Rockit.

After first meeting earlier in the year at the Gold Coast Film Festival, Peter and Tyler got reacquainted as they tucked in to why his own story was the only one that could be told, how he was challenged and supported by Luke Hemsworth on set, and the unorthodox casting of his young leading man, Rasmus King.

Your background as a director has primarily been in short films.  As a first feature, did you ever consider crafting something purely fictional? Or did you always want to tap into your own story?

Everything I do in my life, if my heart’s not in it, it’s really wooden. It’s really bad. And when my heart’s in something, I’ll put my soul into it. And it really sort of comes across.  Because I designed clothes for a long time, everything I ever did was inspired.  (It) really had something in there.  And I never want to do a film that my heart’s not in. I never want to do a film just for money. I never want to do a project that that doesn’t have something to say. And there’s room for all of that, but for me, in particular, I think cinema is such a powerful platform to really confront people and to really open up and ask those questions that we don’t really see in a day to day life. So I thought it was a great choice to do that for my first film, because it came from somewhere, it came from me wanting to share something that I had gone through.

Was it difficult to really dig into everything and be that vulnerable?

It was difficult in terms of just the workload, but I healed a lot with my parents before this. So I spent a long time studying spirituality. Spending a lot of time in India meditating, doing yoga, and just getting through my shit.  I (still have) shit, but I do everything I can to grow as a human every day. And I got to a point where I was really okay with my childhood. And that’s when it really just started clicking. I never would have been able to tell this any earlier because for starters, I never had the skills. And I wasn’t in that position to be able to do that. So I think it was a it was a build-up of a lot of different things.

The story that we see now, how much of it changed from its initial conception?

My script was, like, 120 pages a few months before we started shooting, and I cut out about 25 pages. So I was quite savage when it came to just getting it out. Because it was too much.  I shot everything in my script. But also because I was an actor, we had room to play. And I allowed my actors to play when we had the time. We didn’t have a lot of time, because it was such an intense schedule, but (when you) go out and you gather all the footage, I (had) everything I needed. Then when you get to the edit, you refine what the movie is.

It’s really interesting, because through that first stage of the script process, you just keep cutting (and) adding dialogue.  When you gather all that footage it’s a whole other film in itself. If this was a big studio film, I would have had four or five months to edit it. But being an independent film, you don’t have that freedom. You’re literally under massive time crunches, because if you go past that, your film will go under because it’s so much money.  It was a pressure cooker. And we really found it in the edit. But I knew what I wanted. 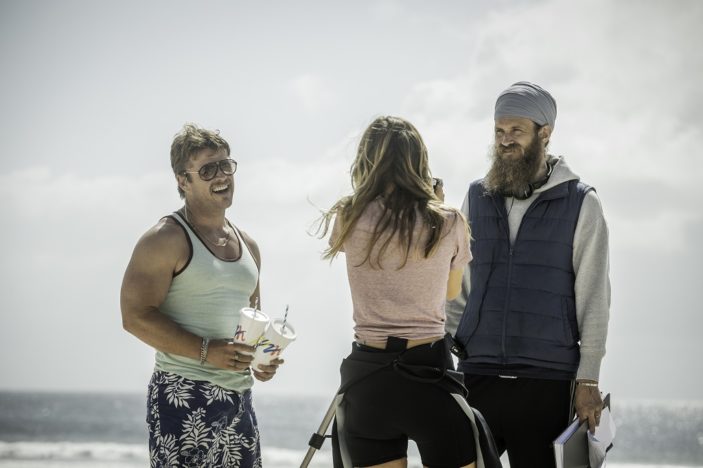 The film has this very naturalistic, organic manner to its dialogue.  In some ways it was like we were a fly on the wall watching this story as there’s this very off-the-cuff sense of delivery, especially with Rasmus (King).  Were the actors able to improvise much?

Yeah, a little. We didn’t go off script too much, but I allowed that. So it felt natural for them. Because, you know, I’m not Shakespeare. I dropped out of school at such a young age. So, you know, I allowed them to find what was natural for them because I did want to be a fly on the wall. I wanted it to be organic. It’s shot through the eyes of Rasmus, who is so innocent.  With the swearing, that’s (just) how we speak! That’s how I grew up speaking. I still hear the C-word every day when I’m out on the road, and people tried to take that out, but I fought to keep those words in because I really just wanted it to be authentic. I wanted it to be a raw piece of Australian cinema.

It’s so weird to say how great it is to hear that word, but it is so inherently Australian to use it so casually.  It got me thinking with Rasmus, because he was younger on set, did he have any parents or handlers overseeing the shooting or objecting to such colourful language?

Yeah, his parents are there but, you know, he’s from Byron, and those Byron guys speak worse (laughs). Rasmus is just such a little legend. It’s how he speaks. And a half of it was his dialogue anyway. So yeah, I think we all know that behind closed doors on the school yard…I remember we showed a teacher through one of my test screenings at a pretty high-up there school in Sydney, and she’s like, “Do not change a word in that movie.  I’m (working in) one of the highest paid schools in Australia, and they say that in the schoolyard (and) in the classroom, and there’s nothing we can do.”

I understand Rasmus’s casting came through you finding his brother on Instagram?

Yeah I initially went to Kyuss (King), because I knew him and his dad, but he was too old.  Basically I was looking through Kyuss’s profile (on Instagram) and I saw that he had posted a picture of his little brother. Instantly I knew that was Rockit. I just knew. And I just trusted that initial intuition, and it just turned out so well.  I’m really happy because Rasmus is going to be a huge star out of Australia. I believe he’s going to be one of the biggest actors out of this country. And the more he fine-tunes his craft, and the more he learns about the craft of acting, it’s kind of be scary (to think what) he could achieve as an actor if he’s already got that without any any training.

And then on the opposite side of that you have Luke Hemsworth.  How did his involvement come about? Not a bad little pull to secure a Hemsworth.

Yeah, it was amazing. And Luke killed it. You know, Luke challenged me a lot. And I challenged him a lot. When you get these seasoned actors, it can be kind of hard because they’ll do it their way. But me and Luke collaborated really well. We’re very, very close friends now. We created a bond with each other. We trusted each other. Luke was incredible. He came to set every day when he wasn’t working to support Rasmus, to support me, and to have an actor of his calibre do that was (just) very supportive, especially for our first feature.  (When) it’s hard your first feature, everything’s new, and he just gave us that support and that belief, which really reflected across the whole cast and crew.