Hearthstone fans are celebrating the announcement of a new Classic Format game mode that mimics what the game was like at launch. Classic Format uses only the original 240 cards that Hearthstone launched with. Any changes made to these cards since launch are rolled back. Warsong Commander will once again grant all your minions Charge. […] 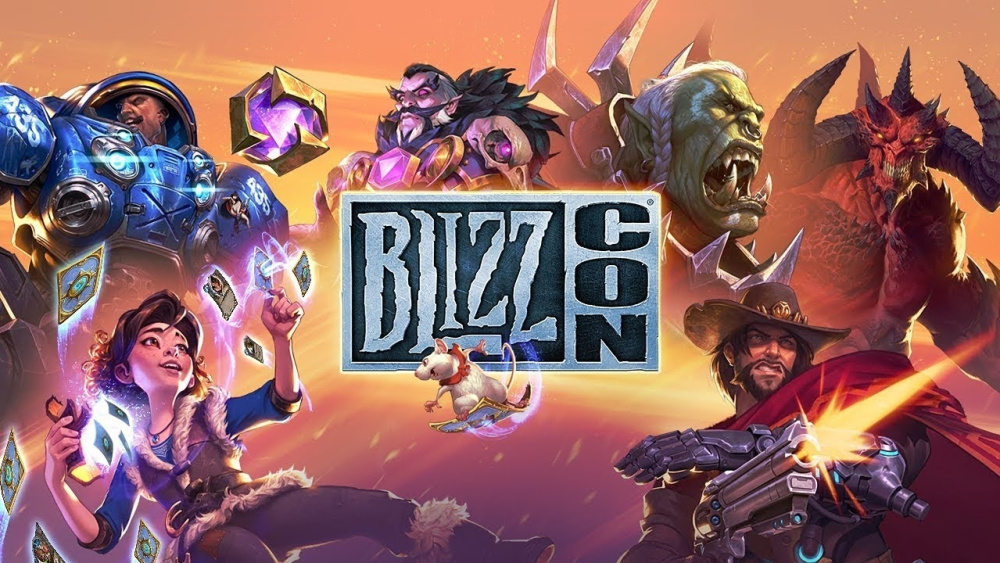 BlizzCon 2018, the biggest event of the year for fans of Blizzard Entertainment, is now only a month away. There’s so much to see at a convention this huge — from announcements for Blizzard titles like Overwatch, World of Warcraft and Hearthstone, to the pulse-pounding finale of the Overwatch World Cup — that it’s become […]

StarCraft is turning 20 and we’ve never felt older. There’s free stuff though, if that helps

StarCraft, Blizzard’s evergreen (and only surviving) real time strategy series is turning 20 next month. If, like me, you were there and wondering if your Pentium 133 would run the game when it launched in 1998, you may be reading this in the grip of an existential crisis, horrified by the relentless passage of time. […]

For fans of Blizzard Entertainment titles like Overwatch, Heroes of the Storm, World of Warcraft, StarCraft, Diablo and Hearthstone, there’s no bigger date than BlizzCon. But for Australian fans, BlizzCon 2017’s home at the Anaheim Convention Centre in Los Angeles is a pretty epic trip to make. That’s why we’ve teamed up with Blizzard ANZ to give away 10 Virtual […]

Blizzard have announced the next expansion for their online card game Hearthstone during the BlizzCon 2016 opening ceremony. Mean Streets of Gadgetzan will be Hearthstone‘s fourth expansion, and the third add-on released just this year following One Night in Karazhan and Whispers of the Old Gods.

End of an era: Blizzard to retire the Battle.net name

Blizzard Entertainment have indicated that they will be “transitioning away from” Battle.net, the name the company has used to denote its multiplayer services since Diablo‘s release in 1996, citing confusion over the name from outside parties.

It’s going to be easier than its ever been to log into your Battle.Net account soon. Blizzard have announced a new deal with Facebook that will allow players to livestream games directly to their newsfeeds and log in using their Facebook credentials.

With Hearthstone‘s big Whispers of the Old Gods expansion looming, Blizzard have announced that a number of older cards will be undergoing changes to bring them into line with newer and forthcoming decks.

Hearthstone has announced its latest expansion, Whispers of the Old Gods, and to celebrate its release, gamers in Victoria can witness a new piece of art from the game come to life this weekend in Richmond, Victoria.

Hearthstone is about to undergo some major changes

Hearthstone: Heroes of Warcraft is rapidly approaching its second birthday and Blizzard are about to deploy some pretty sweeping changes to their world-beating digital CCG.

Blizzard have announced the newest adventure expansion for for their free-to-play online CCG Hearthstone: Heroes of Warcraft. Called League of Explorers, it’s a single-player campaign that will send players into “ancient temples fulled with relics, treasures and traps.”

Video Games Interview: Art Director Ben Thompson chats about the lore and art of Hearthstone and “The Grand Tournament”

On the eve of the release of the new Hearthstone expansion “The Grand Tournament” – which adds a whopping additional 132 new cards to the game – we chat with the Art Director Ben Thompson about what to expect from the new expansion and the joy of directing the art behind the game. New Mechanics The […]

The Grand Tournament is Hearthstone‘s next big expansion

Blizzard have revealed that the next expansion for their wildly popular online card game Hearthstone: Heroes of Warcraft will be called The Grand Tournament. Packing over 100 brand new cards, the expansion is set to release in August.

Hearthstone is technically a free-to-play game but it can be a pretty tough grind when you get started. It can be tempting and far too easy to splurge a bunch of cash on card packets, chasing the legendary cards needed to give your deck the edge over the competition. Here we have 7 tips to […]