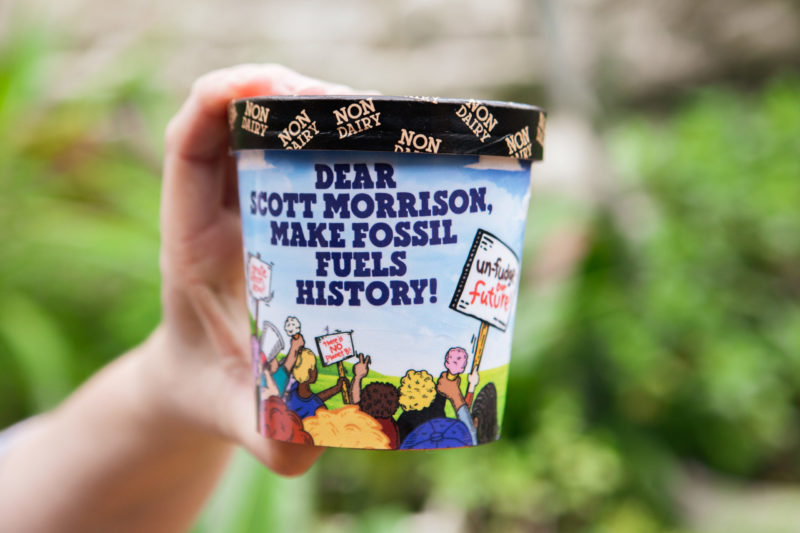 Not every dessert signals to the Australian Government an urgent message about climate change. Ben and Jerry’s latest one does just that. Dubbed “Unfudge Our Future”, the pint was created with PM Scott Morrison, Treasurer Josh Frydenberg and Energy Minister Angus Taylor in mind, sending a pointed message that the dessert-loving public want fossil fuels […] 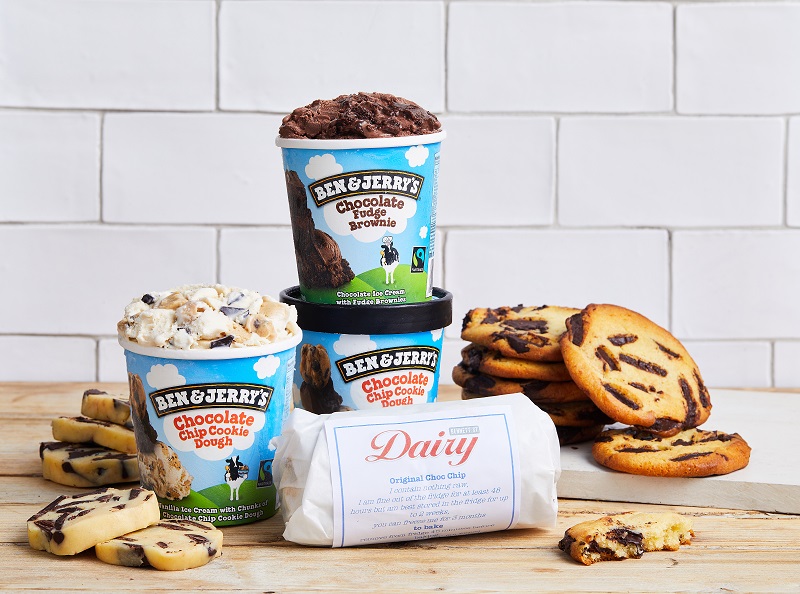 The ice cream lords of Ben & Jerry’s have teamed up with Sydney’s Bennett St Dairy to take their cookie dough to the next level with a new limited edition range. The popular Bondi bakers have been amplified through select B&J stores, supplying their Original Chocolate Chip Cookie Dough so Ben & Jerry fans can […] 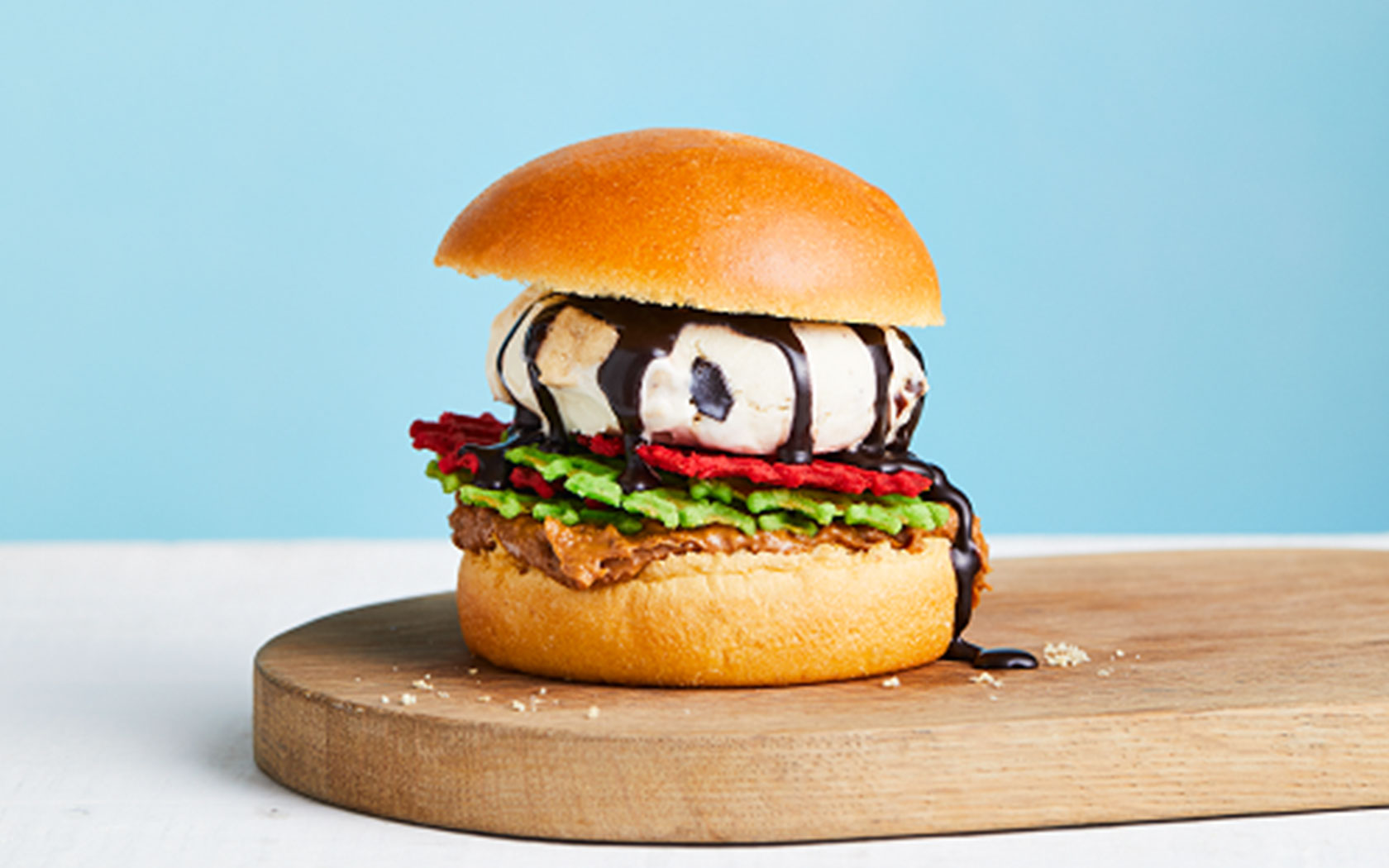 The immortal ice cream impresarios at Ben & Jerry’s have officially gone into burger territory, slapping some of their famously indulgent treats in the middle of a brioche bun and dubbing it the “Impossible to Eat Burger.” Though it’s not quite impossible to eat. Because I will eat it. As will you. The Ben & […] 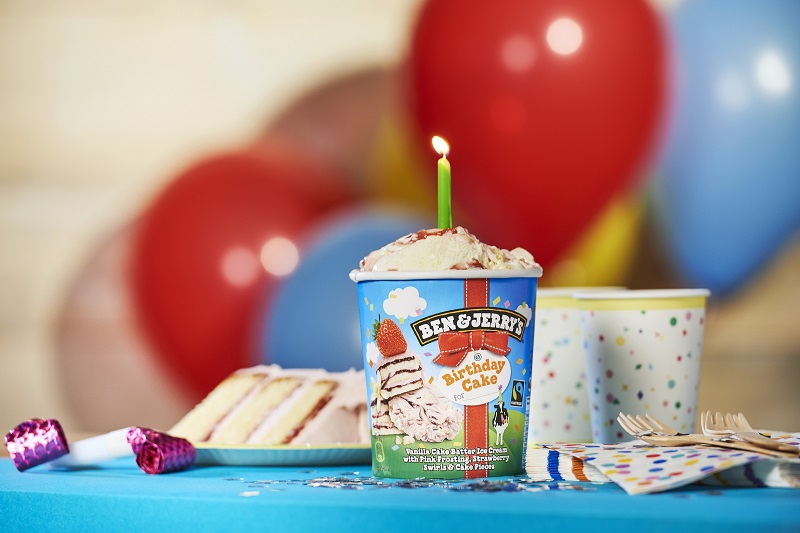 Ben & Jerry’s have been in Australia for 10 very delicious years, and are celebrating the milestone the best way they know how: “Birthday Cake”. Introducing a new Birthday Cake flavour today, the ubiquitous ice cream makers are opening us up to a celebratory profile of vanilla cake batter, heavenly pink frosting, strawberry swirls, and […] 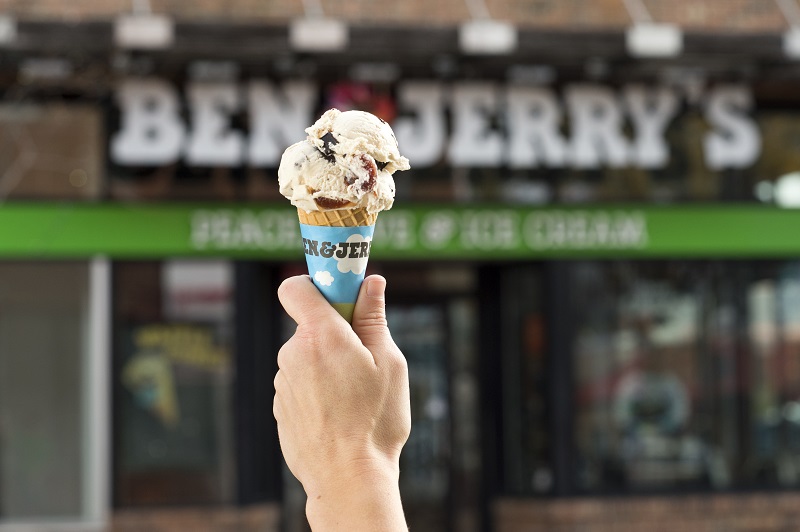 Everyone likes free ice-cream, even more so when it’s the flavourful Ben & Jerry’s. The ubiquitous ice creamers are celebrating their 10th anniversary this November by giving away some scoops. Although this one won’t be as simple as just rocking up and asking nicely. This weekend (2nd and 3rd Nov), anyone named Ben or Jerry […]

This Sunday 16th July is free ice cream day. Ben & Jerry’s just kicked off a new partnership with food delivery service foodora. Put two and two together and somehow that equals 20,000 free tubs of ice cream, which will be given out across Sydney, Melbourne and Brisbane this weekend in person. To celebrate making […]

Each year dominant ice-cream brand Ben & Jerry’s thank their many fans for a year of support with a day entirely dedicated to free ice-cream. They’ve been doing this public service since 1979, etching a nice little tradition for themselves and watching as demand piles up – last year they handed out over 103,000 scoops […]

Since 1978 Ben & Jerry’s has been a constant in discussions about good quality ice cream, and the brand has certainly delivered on that reputation time and time again. They remain once of the most loved ice creams brands in Australia, so whenever they introduce a new flavour to their ever-evolving Legendairy range it’s always […]