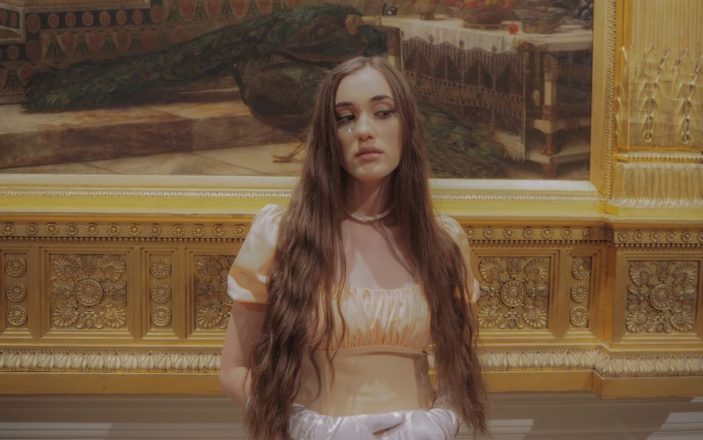 Chelsea Warner is a Sydney-based producer and multi-instrumentalist. Classically trained at the Sydney Conservatorium of Music, she has broad tastes, with some smooth R’n’B and alt-pop to the fore. Her latest single is “Drama”, a tune that showcases her silky voice and adroit songwriting.

“Drama” is a song that many young adults will be able to identify with. Chelsea describes the genesis of it: “‘Drama’ was written about a side of myself that I don’t like; one that craves attention and loves tension. Written in the haze of adolescence, it’s an ode to the stereotype of the dramatic teenage girl and how it makes young women feel about their own emotions.”

The video captures the vibe of the song artfully. Showing her dark side, Chelsea roped in videographer Kezia Suryaputra to put it together. The visuals match the aesthetics of the song, as Chelsea explains: “When my more dramatic side strikes, it makes me feel like I could rep being a brooding villainess, capable of anything – which is what this video shows. Director Kezia Suryaputra and I wanted to represent the inside of my head spiralling as I over-dramatise a situation, resorting to plotting a murder as retaliation for a (probably unimportant) wronging.”

To celebrate the release of “Drama”, Chelsea has put together a playlist of songs to plot revenge to. It’s a fantastic broad mix of tunes. Reflecting her classical training at the Sydney ‘Con’ perhaps, I totally dig the variety of the songs on this playlist.  High drama has been in the arts since day dot, and the placement of Verdi on the list is most welcome. It’s a fun juxtaposition to Tyler, The Creator.

Anyway, press <Play> and take a read of what Chelsea has to say about these tunes.

Makes me feel like a mob wife on a private jet throwing champagne glasses at flight attendants.

The perfect mix of drama, pain and empowerment.

Gives me slightly unhinged, boastful energy – who needs to boast this much? Probably someone who cares enough to plot revenge.

This song is a diss track to my dramatic, annoying side.

I needed something genuinely overwhelming, so here you go – this is what goes on in my head in my moments of theatricality and dramatism.

The disturbed, manic calls for revenge mixed with a desperate, hopeful clinging to love are heartbreaking but also terrifying.

Sometimes you just need to feel yourself like an 18th-century aristocrat feels themself.

Billie Eilish “Therefore I Am”

This song is an ode to separating yourself from a petty person, but kinda leans into the drama of it all.

When we act out of emotion and hurt, we often justify our actions to ourselves, and this is what this track does for me – affirms the validity of being upset, dramatic and petty.