Interview: My Name Is Gulpilil director Molly Reynolds on having unfiltered access to David Gulpilil’s life 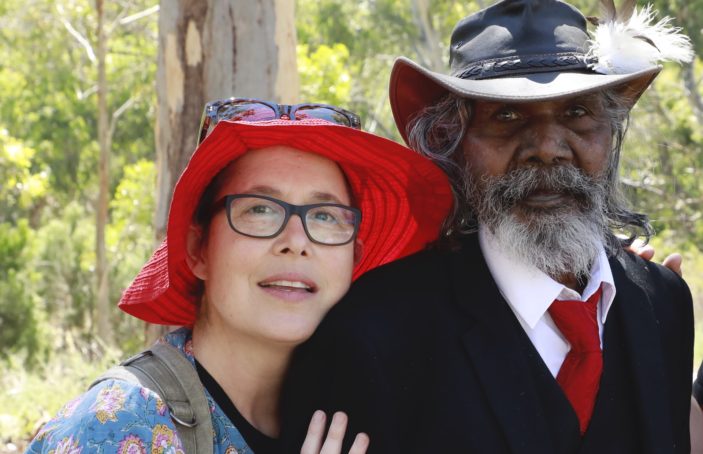 Director Molly Reynolds has long had a history with the subject of her latest film.  Her partner, trailblazing filmmaker Rolf de Heer, has directed David Gulpilil in such critically acclaimed efforts as The Tracker and Charlie’s Country, whilst she has documented these collaborations with the companion pieces Twelve Canoes and Another Country.

Her closeness and understanding of David, both personally and professionally, led to them collaborating on Gulpilil’s ultimate swan song, My Name Is Gulpilil, a touching, no holds barred documentary that celebrates his life and career.  As the film releases across Australian cinemas (you can read our review here), Peter Gray conversed with Reynolds to discuss the making of the film, the trust David instilled, and how his rebellious nature shaped the narrative.

David Gulpilil is someone I knew very little about when going into watching the film, and to say he’s had an astounding life would be an understatement.  He’s had such an impact on Australian film and Indigenous Australian film.  Did you feel any pressure in taking on a project such as this?

I think if you asked that question before taking on the film I might have, but because I was already well acquainted with David…it was one of those projects that I could always see more clearly going further into the horizon.

It’s clear that David loves the camera.  He was obviously very trusting of you in telling the story but I imagine it was quite a collaborative effort?

Oh absolutely! Both those things.  I think David, first and foremost, trusts himself.  He knows that he can deliver.  He did trust me, and I quite marvelled at that.  It was quite interesting for me as a documentary (film) maker to work with an actor.  What makes him such a great actor is that he takes direction, so with me he’d ask “How do you want to play this, Molly?” and I would say that it’s his film.  We found this rhythm.  I got a sense of what he wanted to get across and I was able to help him with that, partly because his memory is not especially great, but I don’t think it could’ve been the film it (is) without the collaboration.

The film doesn’t shy away from showing the controversies of his life either.  Was there anything ever off limits? Or was he open to the ups-and-downs of everything?

There was nothing off limits.  With the nature of David as an alcoholic it was something where he would ask why would it be something we’d want to deal with, and from a cultural perspective he had done such bad stuff that he didn’t want to talk about it.  From our cultural perspective though, we need the full picture in order for us to engage with others.  (David) appreciated that the film wouldn’t be authentic or grounded unless we spoke to it all. 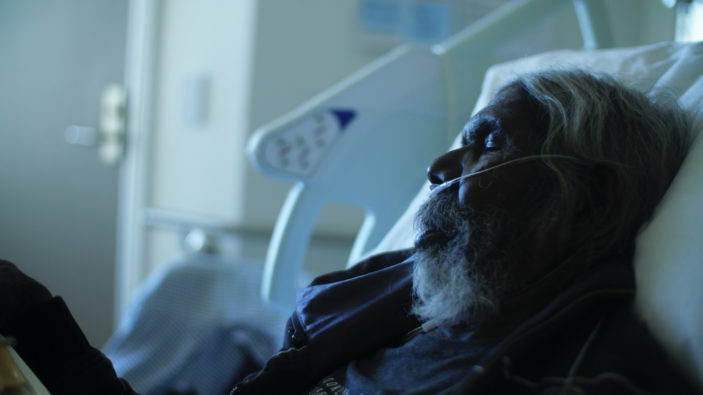 I understand in Aboriginal culture that voicing the name of a deceased person is something that isn’t practiced.  With the film and some of the imagery that David is involved with was there ever a concern? It’s quite rebellious, which seems fitting.

Yes! You’ve nailed it, Peter.  We began this project with the intention of seeing it right through to the end, right through to David’s death, and given that he is still with us – which is a wonderful thing – it is a sign of rebellion.  So much so that we have this statement from David saying that it’s what he’s comfortable with and that this is what the documentary is called and that his name and image can be used.

It was four years ago that David was diagnosed with lung cancer.  Had you been working on the film the whole time since?

Yes, to varying degrees.  I relocated to Adelaide to shoot and edit as we had those two things running concurrently, because his death was imminent (then).  In 2018/2019 I relocated back to Tasmania, and I would fly over in regular intervals to shoot with David, and Rolf (de Heer, producer) would then alternate to spend time.  We then all decided collectively that we would finish the documentary in 2020, the year that we all missed, and it was late last year that we went into post-production.

Because he is still with us, did that alter anything in the narrative of the film?

David was so keen to keep working.  As a filmmaker it was a luxury to keep shooting.  We had largely got (everything) but we were able to ask “Where can we take this?”  When we were first editing, I was a little worried in the lead-up to setting his demise about how we would craft this.  It was such a different ending.  Interestingly enough, it landed very well and very naturally.

My Name Is Gulpilil is screening in Australian theatres from May 27th 2021.