Film Review: My Name Is Gulpilil is a strikingly emotional and bittersweet reflection of an Australian icon 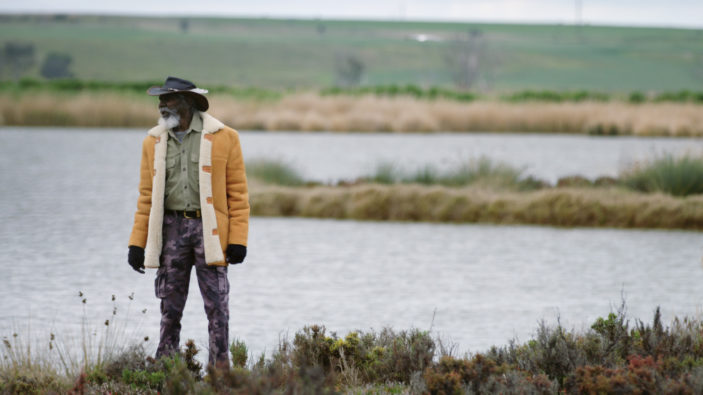 Introducing My Name Is Gulpilil as “my story of my story”, subject David Gulpilil, along with director Molly Reynolds, is all too aware of the duality the film frames itself around – Gulpilil’s running life and that of his persona on-screen.

As a performer, Gulpilil has that undeniable star quality, and this stunning film proudly showcases such, from his teenage breakthrough role in 1971’s Walkabout through to 2015’s Another Country, an additional collaboration with Reynolds that detailed the ramifications of one culture being dominated by another.

The past and present freely collide throughout, with the ailing Gulpilil – having been diagnosed with lung cancer and since retired (somewhat begrudgingly) from acting – owning every minute of this story, his story.  And given that it is so unequivocally his story, the celebratory mentality it adheres to and the addressing of the inevitability of his passing are both consistent currents Reynolds honours; one rather controversial shot depicts Gulpilil at his own wake, laying in an open coffin, his body covered in film reels as to announce his legacy in the medium will live on.

As much as My Name Is Gulpilil celebrates him and his achievements, it doesn’t shy from detailing his controversies either.  News bulletin audio of his multiple criminal charges overlay bleak footage of him alone in hospital, the film mirroring his fearlessness in depicting such grimness that, whilst not defining him, remains a facet of his being.  To say this film is raw would be an understatement.

Strikingly emotional at times and surprisingly hilarious at others, My Name Is Gulpilil is a reflective piece that understands wholeheartedly the unique man at its core as someone who represents not just a distinct form of acting, but an individuality in contemplation.  David Gulpilil is someone we all should take the time to acquaint ourselves with, and thankfully this gorgeous, bittersweet film allows such a wondrous experience.

My Name Is Gulpilil is screening in Australian theatres from May 27th, 2021.