“Today? Why, today is Christmas Day!” – These are the best Christmas movies of all time! 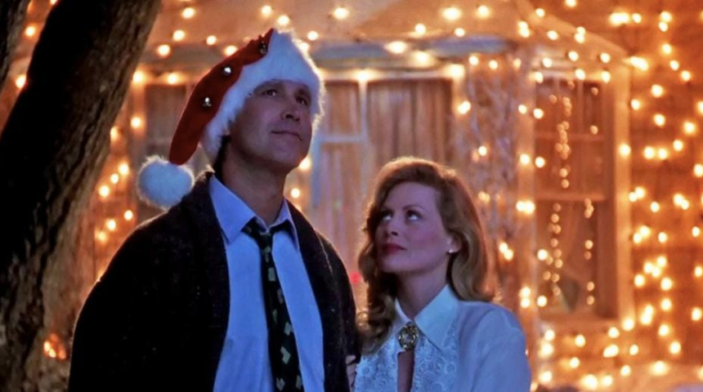 We had so much fun listing all our spooky season favourites that we decided we needed a Christmas edition too!

So stock up on candy canes, crank the air con until it feels like you’re at the North Pole, and queue up these AU-approved Christmas classics!

Six year old Susan doesn’t believe in Santa Claus. But the man hired for the role at her mother’s department store might just change her mind – and everyone else’s!

Jodie: I know, I KNOW, the original is always better than the remake. But when the remake has Mara Wilson in all her 90s glory and Richard Attenborough as flippin’ FATHER CHRISTMAS does that rule still apply?

I watched Miracle on 34th Street every Christmas growing up, and it’s one of the first movies that made (and still makes) me cry. Honestly, between this and Casper the last few months of the year are pretty emotional for me.

When rejected Iris and recently-split Amanda switch homes for the holidays, the last thing either woman is expecting is to find love again. But when Iris’ brother Graham and Amanda’s next door neighbour enter the picture, each might find exactly what they’re looking for.

Alaisdair: The ULTIMATE christmas movie. I lapped this up when I was single! Kate Winslet and Cameron Diaz swapping lives, falling in love, cutting movie trailers and making movies; this is the ultimate feel good rom com. Guaranteed to bring a tear to your eye every time.

We’re big fans of the idea that if it’s set at Christmas, it counts as Christmas movie. Case in point: P2.

After working late one Christmas Eve, the last thing Angela needs is for her car to fail her right before the drive home. Car park security guard Thomas offers to help, but when Angela rebuffs his advances, things take a terrifying turn…

Peter: Rachel Nichols and Wes Bentley are locked in a very R-rated game of cat and mouse in this simplistic but effective thriller.  Named after the parking level that poor Rachel finds herself trapped on under the watchful, obsessive eye of Wes, P2 is a creepy Christmas chiller that could test even the strongest of stomachs. Maybe let Christmas dinner settle before popping this one on.

When Santa’s awkward son Arthur learns that a little girl might miss out on her Christmas gift from the big man, he sets out on a wild adventure to ensure its delivery.

Simon: In Aardman we trust. Arthur Christmas showcases all the hallmarks of the Aardman brand: an abundance of heart, wit and charm. It also has all the gags and nods to Christmas myth you could possibly want. Not to mention a superb voice cast. Jim Broadbent as Santa – inspired! Arthur Christmas is proof you can still make a good Christmas movie.

NYPD officer John McClane arrives in LA, hoping to patch things up with his estranged wife, Holly. But when a hostage situation erupts at her staff Christmas party at Nakatomi Plaza, McClane jumps into action. Yippee-ki-yay motherf-… well, you know the rest.

Daniela: Die Hard is unlike any other Christmas movie. It blends thrilling, explosive action with a hero that shows genuine vulnerability, all whilst giving you a couple to root for throughout. I especially love how you can watch it at any time of the year!

New York lawyer Hugo heads home for the holidays, expecting to spend some quality time with best friend Madelyn, brother Aiden, and mother Kate. But Kate has an ulterior motive – Hugo’s old high school crush, Patrick is also back in town, and Kate is all too keen to play matchmaker!

Alaisdair: I know what you’re thinking. What is this? Released in 2020, The Christmas Setup is Lifetime’s first LGBTQ Christmas movie, and features Fran Drescher (The Nanny) as Kate. Packed with Drescher’s trademark humour, ridiculously good looking leads, and plenty of snow, if this doesn’t warm your heart, nothing will.

Billy Peltzer’s strange new pet comes with an even stranger set of rules. And when those rules are broken, it isn’t just Christmas that’s in danger of being ruined…

Jodie: Even if you haven’t seen it, you know the rules. Do not expose mogwai to light, do not let them come into contact with water, and, above all, do not feed them after midnight. But, of course, if these things didn’t happen, we wouldn’t have Gremlins, would we?

I’ll fight anyone that says Gremlins isn’t a Christmas movie – it’s got the festive décor, a gift-related plotline, and a lot of awkward encounters with questionable relatives. What’s more Christmas than that?

Corrupt tycoon Max Shreck and iconic supervillain Penguin collide with the Bat and the Cat in the sequel to Tim Burton’s Batman.

Peter: Michelle Pfeiffer adorned in leather, harnessing a whip, and wiping the screen away with the simplest of licks and high-kicks is truly the gift that keeps on giving.

The boldest Batman film still to this day, the dark, sexual nature of Tim Burton’s sequel may not be overly festive, but you can’t tell me the most wonderful time of the year isn’t witnessing the true shock and campy delights of this stylised adventure.

Alaisdair: Before you start yelling at me, if Die Hard counts, then so does this. Michael Keaton returns as Batman, Danny DeVito takes on the role of The Penguin, and then there’s the career defining turn as Catwoman from Michelle Pfeiffer. All your favourite Batman antics combined with a Christmas setting – what’s not to love?

An American baker meets her duchess doppelgänger, and a plan is formed. For a few days, they’ll switch lives, to give the cloistered Lady Margaret a taste of normal life before she’s married off to a handsome prince. But, of course, love seems destined to get in the way…

Alaisdair: If there is anything that this movie taught me, is that there is no such thing as too much Vanessa Hudgens.

The plot is cute and completely ridiculous, packed with a load of romance and holiday cheer. If that wasn’t enough, there are not one but two sequels to this film, which feature a third Vanessa Hudgens character. This is the trilogy we have been waiting for.

Miserly old Ebeneezer Scrooge would rather make money than make merry. But one Christmas Eve, he is visited by the ghosts of his old business partners, setting into motion of the best known redemption stories in literary and cinematic history. Also… Muppets.

(Okay, one note – newer versions of this movie cut out a wonderful ballad called “When Love Is Gone”. Though Disney have apparently decided to put it back in, it’s not on the Disney+ version yet, so maybe queue the song up on YouTube so you can pause and enjoy it the OG way)

Ethan, Chris, and Isaac have spent every Christmas Eve together since the death of Ethan’s parents nearly 15 years earlier. But with Chris’ football star on the rise, and Isaac about to start a family, this year is set to be their last. Best make it a good one, hey?

Peter: Seth Rogen, Joseph Gordon-Levitt and Anthony Mackie attempt the Christmas of all Christmases in a suitably wild comedy that maintains its seasonal sweetness whilst serving up offensive laughs.

When the world is faced with a holiday cheer crisis, the North Pole knows exactly who to call: the Queen of Christmas herself, Mariah Carey.

Alaisdair: Santa’s in trouble and won’t be able to deliver all the presents this year. And there’s only one person in the entire world with enough Christmas spirit to save the day, and that, of course, is Mariah Carey.

Carey pulls out all the glitter, lights, and celebrity guests possible to deliver a Christmas movie on steroids that brings the joy in spades. Definitely conversation starter if your house is anything like mine!

This Christmas, the Griswolds just want to stay home and stay out of trouble. Clark Griswold should be so lucky!

From Clark’s efforts to have the street’s most powerful and impressive lighting display – which you’ll always think of when you spot an over-the-top house in your neighbourhood – to the stress over a Christmas bonus, Christmas Vacation tapped into both the absurdity and the real life stresses that having the family home for Christmas can bring. But more than anything, all these years later, it’s still among the funniest movies ever made.

Huge thanks to Daniela Koulikov, Larry Heath, Peter Gray, Alaisdair Leith, Simon Clark, and Jodie Sloan for their contributions! As a Christmas gift to them, why not check out some of their other work?

From all of us here at The AU Review, have a happy and safe Christmas and New Year – and be sure to head to our socials to share your Christmas movie favourites with us!