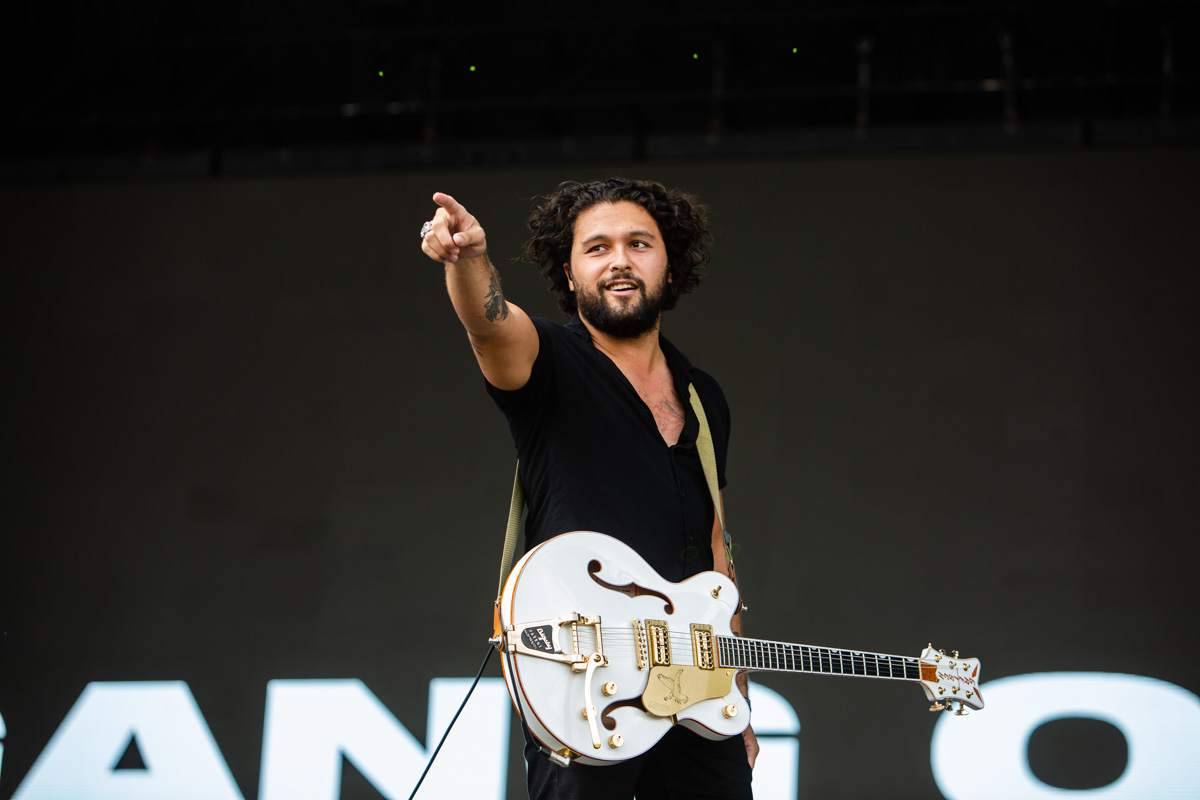 The iconic festival Austin City Limits kicked off its 2018 edition today in style today, with the help of Sir Paul McCartney, Brockhampton and Khalid. It was a busy day of live music, with plenty of great acts in action, including Fatai and Gang of Youths flying the flag for Australia. Melbourne’s Fatai, wearing all black in solidarity with the […]

Wednesday marked the second and final performance of the legendary Sir Paul McCartney in Sydney, as he continues his One by One Tour around the country. By now, you’ve likely heard just how brilliant these shows have been, cramming in upwards of 40 songs in 3 hours – the vast majority of those tracks Beatles […]

The legend of The Beatles, Wings and countless songs and projects from the last fifty-plus years returned to Australia tonight for his first tour in almost 25 years. Paul McCartney‘s show at NIB Stadium in Perth – ahead of five dates along the east coast – brought with it a jam packed, three hour setlist […]

In breaking news 24 years in the making, the legendary Beatles and Wings musician, Paul McCartney, is finally coming back to Australia this December, making up for a cancelled 2002 tour and giving a whole generation of Australians their first chance to hear the iconic songs that have defined the last fifty years and changed […]

Film Review: The Beatles: Eight Days A Week – The Touring Years (M) (USA, 2016) takes us back to Beatlemania

It’s probably impossible for any film or documentary that covers The Beatles to ever be disappointing. It’s also challenging for any to shed light on an interesting aspect of the band that may not have been covered before. Director Ron Howard opts to focus this project on a particularly hectic and whirlwind time in the […]

Imagine Entertainment, in collaboration with White Horse Pictures and Apple, released a teaser trailer and poster this week for Academy Award-winner Ron Howard’s highly anticipated documentary feature The Beatles: Eight Days A Week – The Touring Years. The authorised documentary features rare and exclusive footage, documenting the early career (1962-1966) of the famed band with […]

Pirates of the Caribbean returns with Sir Paul McCartney

Adding to their musical members like Keith Richards, the Pirates of the Caribbean franchise has confirmed a beetle will join the cast in the fifth (not sure if this is the last) installment, Dead Men Tell No Tales. Paul McCartney is amongst the team which has reportedly proceeded with a heavfty set-piece designed especially for his […]

Paul McCartney: Lives Kisses and BBC Electric Proms: Paul McCartney see the former Beatle performing songs, having fun and getting nostalgic. They also show two very different sides of Macca. The former sees him taking a leaf out of his parents’ songbook and doing covers of the easy-listening tunes that featured on his Kisses On […]