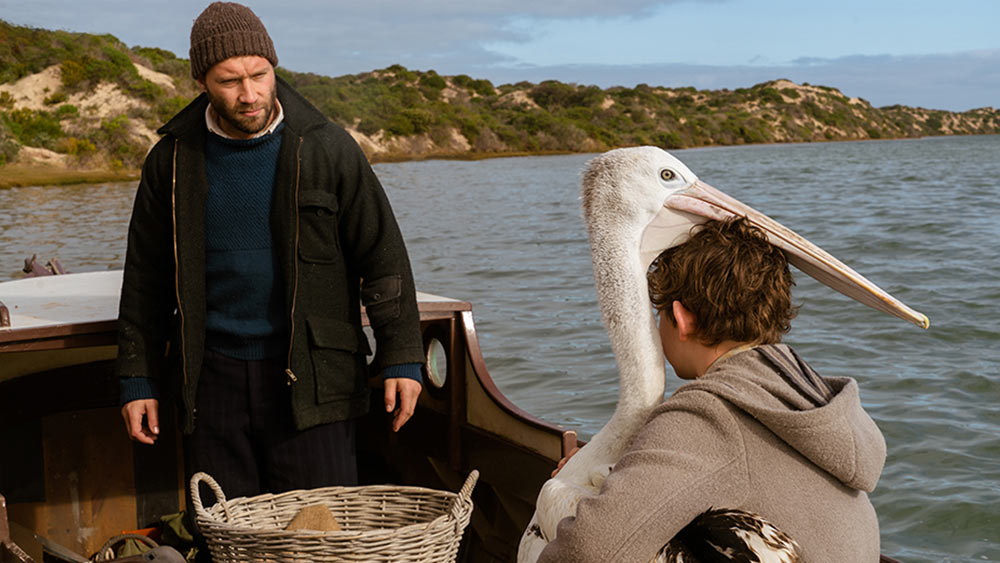 Film Review: Storm Boy (Australia, 2019) is a rather dour and pointless experience

Australian cinema has somewhat of an obsession with crafting adorable animal characters audiences instantly fall in love with. From the gutsy little pig in Babe to the tough cattle dog in Red Dog to those toe-tapping penguins in Happy Feet, it’s a long-running subgenre we Aussies do particularly well. A pelican hardly seems the next likely evolutionary step […]

We meet Alberto Giacometti (Geoffrey Rush) in a state of supreme boredom – another day, another exhibition. With his hair sticking up, and a cigarette hanging eternally from his lips, he looks like a crumpled echidna whose snout is on fire, but who cares. It’s James Lord (Armie Hammer) who bothers to bring us this […]

In 1964, while on a short trip to Paris, the American writer and art-lover James Lord is asked by his friend, the world-renowned artist Alberto Giacometti, to sit for a portrait. The process, Giacometti assures Lord, will take only a few days. Flattered and intrigued, Lord agrees. So begins not only the story of a […]

Based on a memoir by American writer James Lord and adapted for the screen by actor Stanley Tucci, Final Portrait is a concise passion project with committed performances and evident production care that sadly doesn’t overcome its bland setting. Anchored by a wonderful turn from Geoffrey Rush as eccentric painter Giacometti, this dramedy of sorts […]

Pirates of the Caribbean returns with Sir Paul McCartney

Adding to their musical members like Keith Richards, the Pirates of the Caribbean franchise has confirmed a beetle will join the cast in the fifth (not sure if this is the last) installment, Dead Men Tell No Tales. Paul McCartney is amongst the team which has reportedly proceeded with a heavfty set-piece designed especially for his […]

Australian film The Daughter to premiere at Sydney Film Festival

The upcoming Sydney Film Festival will play host to the premiere of Australian feature film The Daughter. Starring Sam Neill, Miranda Otto, Paul Schneider and Geoffery Rush, The Daughter follows Christian (Schneider), who returns to his hometown, reunites with his childhood friend, and discovers family secrets that could tear everyone’s lives apart. The Daughter is […]