UK indie-rockers alt-J first sent shock waves through the music world back in 2012, following the release of their debut album An Awesome Wave. Pocketing a Mercury Music Prize, an Ivor Novello ‘Album Award’ for songwriting and three BRIT award nominations, the band quickly rose to international acclaim, hooking listeners far and wide with their […]

On June 9th, the third album album by British band alt-J will be released via Liberator Music/Infectious Music. Titled Relaxer, the 8-track LP will follow up their career-defining 2014 album, This Is All Yours, and is available for pre-order HERE. The first taste of Relaxer is opening track “3WW”. It sees alt-J shifting their arrangement and experimenting […]

With every new release, there stands the universal question “Will it be as good as their last?”. This is often the biggest hurdle faced when producing a sophomore album, even more so for bands such as Alt-J who broke the scene with their debut An Awesome Wave. Two years later and without the presence of […] 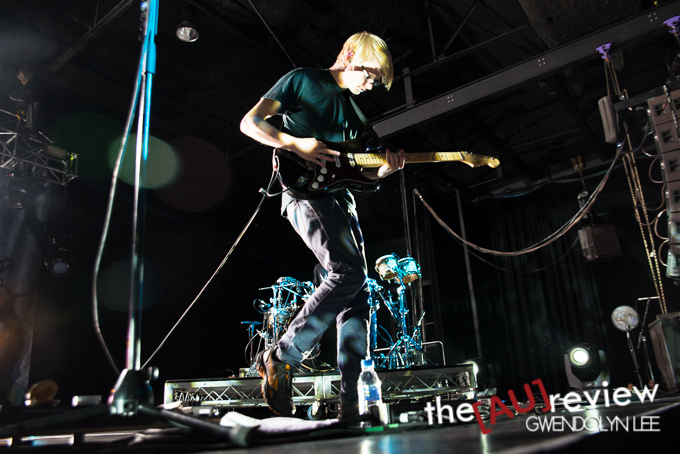 Alt-J played the Hordern Pavilion on Wednesday night with support from Snakadaktal and City Calm Down. Gwendolyn Lee was there and brings us these photos from the pit.