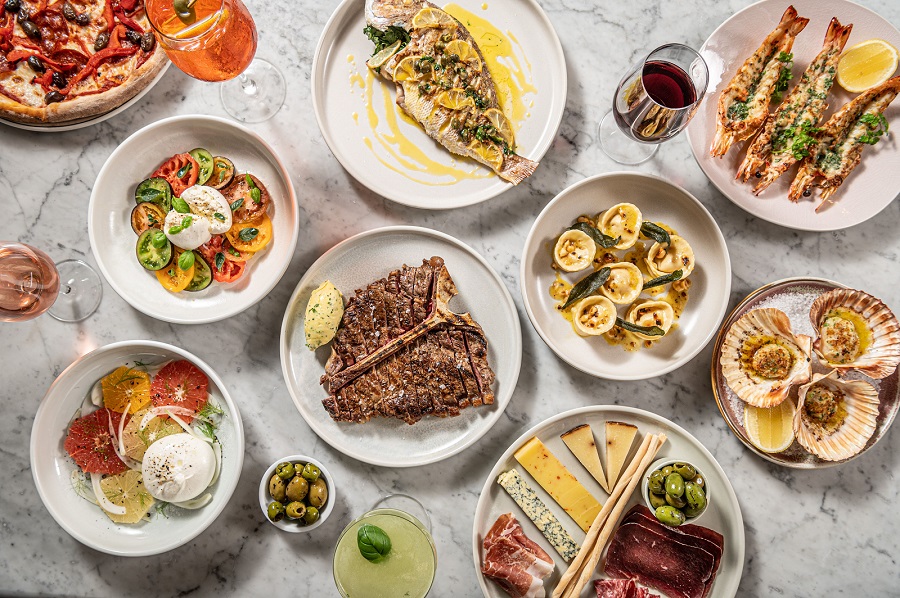 How Fratelli Fresh got its groove back: A level-up for Grosvenor Place and Pacific Concepts

Now that Pacific Concepts is ready and willing to trudge forth into new territory, it seems the group has chosen to kick the post-lockdown life off by taking the somewhat inescapable Fratelli Fresh brand and upscaling it with a new standalone restaurant at Grosvenor Place. Carving out the same space that was once occupied by […] 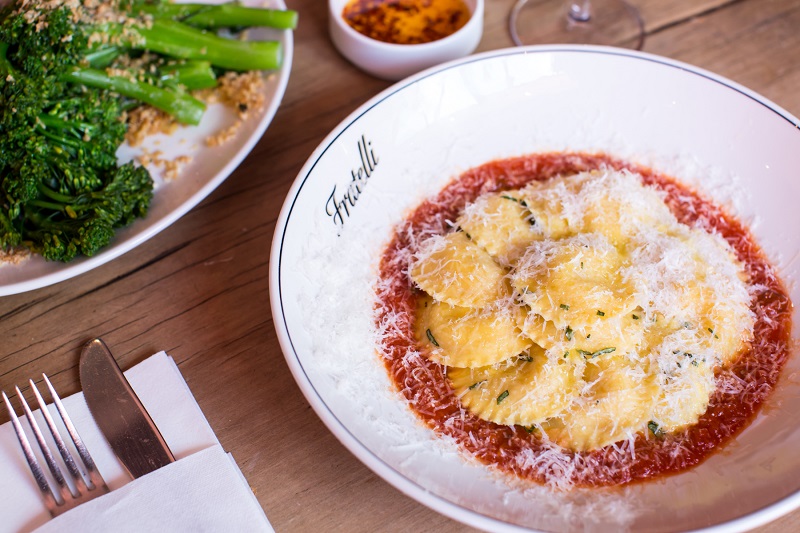 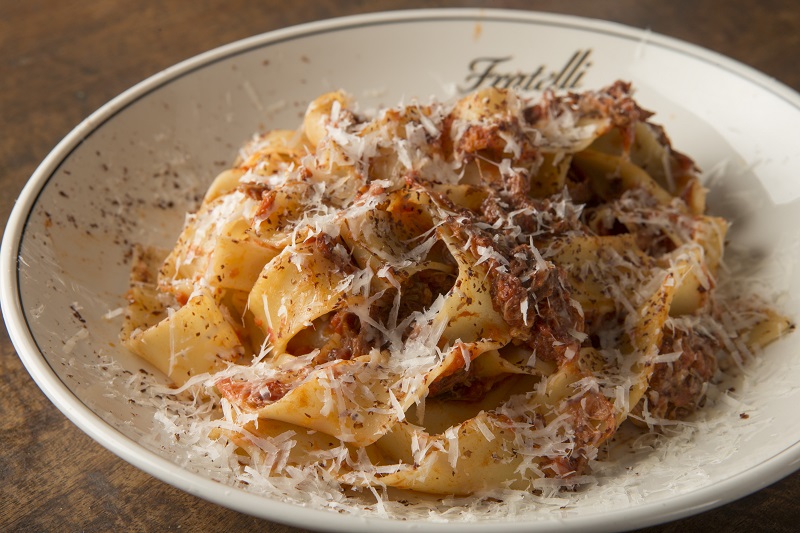 Fratelli Fresh are upping the decadent pizza game in Sydney come next month by introducing The Lobster to their already bustling menu of special and traditional pizzas. As you can probably tell from the image above, that’s a pizza topped with rich fior di latte, garlic and parsley and a freakin’ whole steamed lobster which […]

The Entertainment Quarter, in Sydney’s Eastern Suburbs, has welcomed an Italian favourite Fratelli Fresh to join the precinct. Rockpool Dining Group brings this 300-seat indoor-outdoor restaurant to life with an inviting open kitchen and, beer and wine garden. “The Entertainment Quarter is the perfect, convenient location for one of our largest Fratelli Fresh yet,” says […]

As the long-loved Italian brand continues to grow and evolve this year, Fratelli Fresh has announced that they will be expanding to include a new location in Crows Nest just in time for summer. The casual Italian dining concept will be opening up their eighth Australian venue early next month at 118 Willoughy Road, taking […]

Fratelli Fresh has long been an iconic brand for Sydney’s dining scene, a produce-driven Italian dining concept that was this year picked up by Urban Purveyor Group (now Rockpool Dining Group) and spread far and wide to new locations outside of the original and best known Bridge Street and Walsh Bay venues. One of the […]

Fratelli Fresh will officially launch their long awaited casual pizzeria spin-off, Fratelli Famous, this week in the level 5 food court of Westfield Sydney. Set for Wednesday 31st August, the trusted Italian brand will be firing up that custom-built pizza oven to kick off their massive planned expansion – they want to open around 100 […]

Progressive Dinner at The Alfred: Fratelli Fresh & The Cut have arrived in Melbourne

Having recently been voted most liveable city in the world for the sixth year in a row, it’s no wonder Melbourne is constantly opening new culinary experiences for us to sink our teeth into. One of the latest examples: a dual offering from two new sister restaurants who have made their way from Sydney to […]

Five new venues will be opening up around Sydney this month as part of a rapid rollout from Urban Purveyor Group, the hospitality giant behind winners like Sake Restaurant & Bar, Ananas Bar & Brasserie, and the recently acquired Fratelli Fresh brand. This includes the first of Fratelli Fresh’s Fratelli Famous pizzeria spin-off, which expands […]

Known for its pasta, the rapidly expanding Fratelli Fresh family is where restaurant and providore meet. My meals at Fratelli Fresh have always been punctuated by simple, good flavours and fresh ingredients,and that same food philosophy applies to the new breakfast offering, which recently been made available at Fratelli Fresh in Potts Point and Walsh Bay. […]

Fratelli Fresh will expand to Melbourne plus open numerous U.S style pizzerias in each state

Following their recent move to Urban Purveyor Group, renowned Italian restaurant group Fratelli Fresh will make a very welcome expansion to Melbourne later this year, opening a restaurant on the ground floor of The Alfred precinct when it is unveiled next month. Fratelli @ The Alfred will mark the first interstate jump for the celebrated […]

Renowned dining and retail group Fratelli Fresh has officially been scooped up by hospitality collective Urban Purveyor Group, adding an enormous amount to their already rich portfolio, which has already seen a rapid expansion in the previous months with a forthcoming Italian restaurant, a Mexican restaurant, a massive move for their acclaimed Ananas Bar & […]