In what seems to be a never-ending race to take beloved Australian chocolates and turn them into buckets of ice cream, Bulla have announced that their latest flavour collaboration is with none other than the thick gooey goodness of a Cadbury Crème Egg. That’s right, the incredibly indulgent chocolate egg filled with rich caramel has […]

Ahead of the holiday season, Cadbury has launched its first Aussie online gift shop, Cadbury Joy Deliveries. The store features a collection of wrapped products, hampers, gift packs, limited edition Cadbury merchandise and tailor-made packages so chocolate lovers can order up some of their favourites and even curate their own hampers. The company will also […]

In the past few years, Cadbury’s slightly more playful Marvellous Creations range has already moved the stalwart dairy milk chocolate brand in the right direction. It’s introduction has allowed for a fresh take on the collection, set to take an even bigger step with this latest release: “Cadbury Dairy Milk Marvellous Creations Spider”. It’s an […]

In the lead up to the Rio 2016 Olympic Games, confectionary giant Cadbury has decided to celebrate its proud partnership with the Australian Olympic team in the sweetest way possible, by releasing two limited edition quintessentially Australian flavoured family blocks of their signature milk chocolate. The move not only boosts support for the team (fitting […] 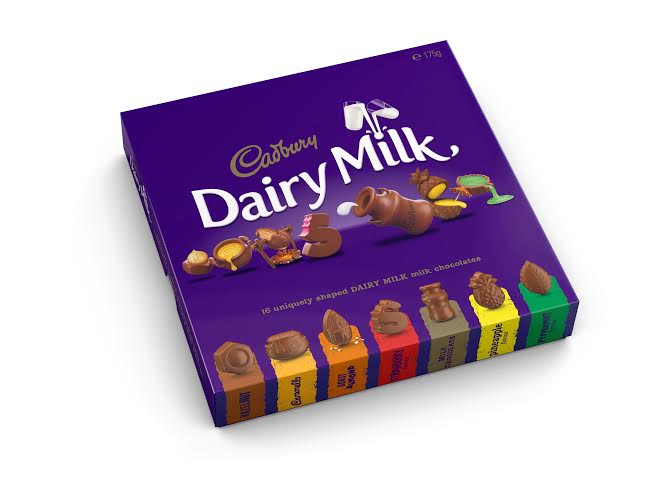 Just in time for Christmas, Cadbury have upped their gift offerings, introducing the Cadbury Dairy Milk Gift Box. The brand has been pretty fond of experimenting this year, and this has been met with mixed results (we all remember the Vegemite Chocolate, right?). This new gift box takes a more straight-forward approach, arguably a box […]