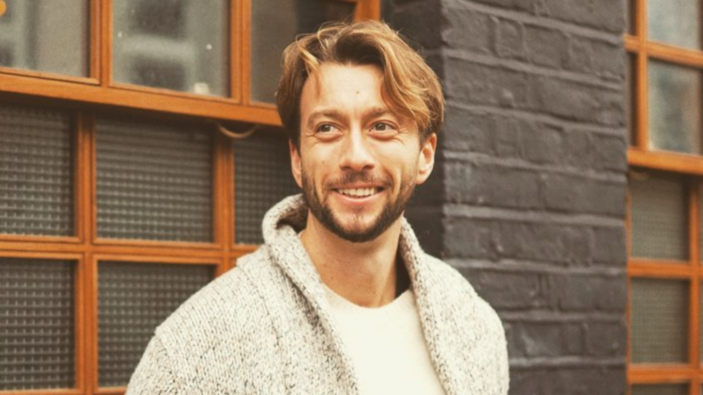 London singer-songwriter Xavier Collins has had a busy start to 2022 – releasing his first two singles, and prepping the release of his debut EP Coastlines, which is due in April.

The first single “Elegy” was released in early January, and features a rich and emotive vocal performance from Collins, along with some truly beautiful backing vocals. Collins has teamed up with electronic production duo Wayward for Coastlines; and they have pitched this perfectly. It manages to somehow show off that production polish, whilst also retaining this endearing rambling rawness.

Second single “Gone” was released on Friday. Much like his debut, the track is elevated by some strong vocal performances from Collins and his backing vocalist. Collins strips things back further here, keeping things acoustic and opting for maximum authenticity by recording it in one take. It’s another captivating performance, and delivered with a confidence, you’d perhaps not expect from someone releasing just their second track out into the world. If you enjoy your singer-songwriters on the folkier side, you will enjoy this.

Although born in London, Collins grew up in France, New Zealand and Australia, spending much of his childhood on the move. Having lived in Australia until he was in his 20s (Collins went to Sydney University), it comes as no surprise that Australian music has had a profound influence on his own music. To celebrate the release of “Elegy” and “Gone”, and looking ahead to the release of Coastlines next month, Collins has put together this playlist for us, sharing the Australian artists and tracks that have inspired and influenced him. So, over to him. Hit play and read on.

This playlist features some of the artists I grew up listening to in Australia and sounds that inspired me to write. “From Afar” by Vance Joy and, in particular, the outro was something I would play over and over again on guitar during the first lockdowns. I love the melody and the depth of the lyrics. Similarly, “Snaggletooth” which is played with a capo on the 4th fret has this timeless and cinematic feel. Which is something I’ve tried to capture with some of my own songs.

Chet Faker is on there because I love his style, effortless voice and the quality of his beats. I still remember when “talk is cheap” was topping Triple J’s Top 100 Countdown and it’s still a track I play today. Boy and Bear because of the bass chords in the chorus and the harmonies which give me goosebumps. You’ve also got Angus and Julia Stone for just capturing the perfect folk vibe. Xavier Rudd because we share a first name… and I love the spirituality of his music. It is authentic and connects so deeply with the listener.

All of these tracks are imprinted on my brain and have influenced the music I write and want to write in future.

“Elegy” and “Gone” are out now. Coastlines is released in April 2022. You can keep up to date with Xavier via Instagram and YouTube.