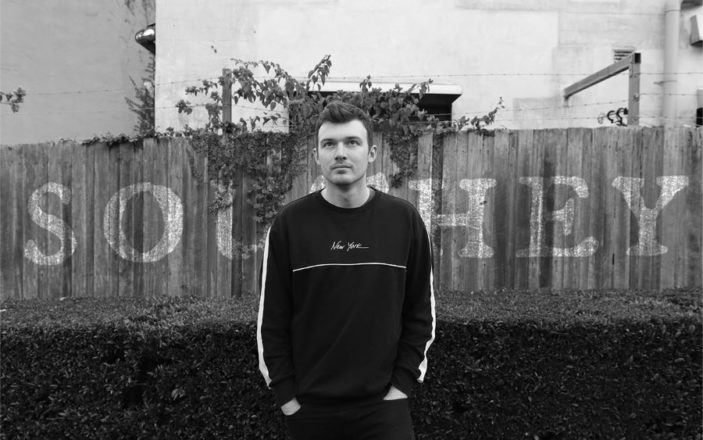 Sydney’s singer/songwriter Southey has launched himself onto the scene with his debut single, “Run River”. This is a track that would have you believe he had a couple of albums under his belt. With beautifully delicate guitars and layered vocals, Southey has nailed his debut with aplomb.

“Run River” has a beautiful richness to it. The vivid lyrics, opening smoky vocals, warm harmonies and subsequent ebbs and flows give us a song that is total class. It’s a fine debut indeed.

Southey gives us some background to the track: “I wrote ‘Run River’ a few years ago, it was one of those songs that just came quite organically. I often like writing things that intrigue me, as if someone else wrote it and I’m hearing it for the first time. It’s a strange paradox but that’s where this song started.”

He recorded the track at his home studio in Surrey Hills in Sydney, before passing it onto Peter Holz (Gang of Youths, Vance Joy) for mixing, and Nick Franklin (CLEWS, Polish Club) for mastering.

Proving that Southey has all the skills, he also designed the cover art for the single. “The artwork for the single was something I wasn’t expecting to create myself. It started out as a few concepts and sketches. Before I knew it I had this set of acrylic paints and a canvas and my studio was covered in these abstract river paintings.”

To celebrate the release of the track, Southey has put together a playlist to help introduce himself, with the songs which has inspired him.

Press <Play> and have a read of this classy list of tracks.

Bon Iver has this really unique way of creating textures and giving his music this richness and musical over-saturation.

I had this song as my alarm clock for a few months, which seems like a quick way to hate a song. But I just love the way the song builds and grows really naturally, it has this driving force which is a style I aspire to create.

Bear’s Den have this very pure, honest form of songwriting that just grabs your heart and fills it with warmth. It really pushed me to make my songwriting more open and genuine.

I love the ambience and the textures of Amber Run’s music. In this song they combine these pure, honest vocals with these synthesised vocals and it creates this ethereal place you never thought existed.

Hayden Calnin “Warm With You”

I only first heard this song a few months ago and I was drawn to the contrast of his deep vocals and these soaring strings.

This swirl of perfect imperfections start to rise and crescendo, and then the walls fall down, it has this glorious ending, and you’re just left wanting more.

Ok Moon “Crater on the Moon”

I wasn’t sure if I liked this song but then the chorus hit, and I just loved how unexpectedly catchy it is. Now every time I listen I’m waiting for that chorus and the whole song seems to flip over on itself.

Damien Rice is one of those all-time songwriters, there’s just so much feeling in this song. You have to almost prepare yourself before listening.

This song just has so much soul, it’s catchy but not in a familiar way, it’s something entirely of its own.

The piano in this song is just so emotive, it’s almost more of a duet the way he pours feeling out of his voice and the piano against each other.