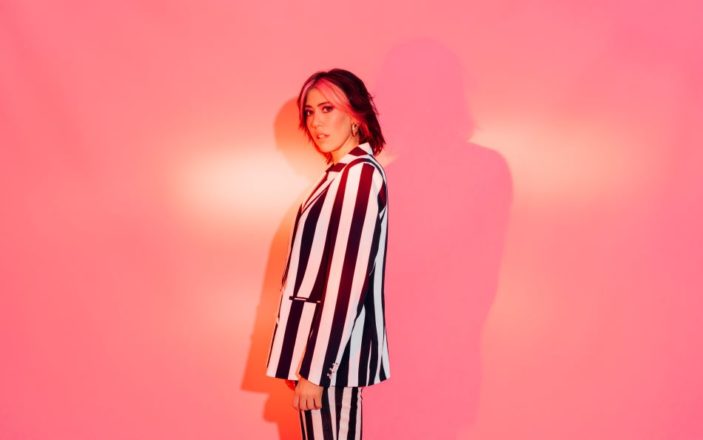 Last month, Sydney’s Florian released another sparkling pop song, this time being the shimmering “Seventeen”. 2021 has already been a year of quality releases for the talented singer/songwriter, with “Patrick Swayze” and “Yours & Mine” both making waves.

“Seventeen” is tinged with an 80’s vibe, as she reflects on a younger version of herself,  with self-awareness and nostalgia. The track has a fun driving beat, and a catchy chorus. There is much to love here from a talented artist that writes with refreshing candour.

Florian writes of the track: “The song speaks from two versions of me, one that’s the regular me, doing regular life things, having low days etc. and that’s kind of the verse lyrics, and then the wiser, happier, encouraging, love-yourself-version of me in the chorus who’s just like, “Go have a good time, you idiot!””

“Seventeen” was recorded at Sydney’s FED Studios during the first 2020 lockdown. In her band, are some of Sydney’s finest musicians. They include Ollie Thorpe, Elliott Hitchcock, Harry Sutherland and Miles Thomas.

About the contribution of Ollie Thorpe, Florian says “Ollie Thorpe, who has been my guitarist from day one, is really heavily featured in ‘Seventeen’, and no joke when he recorded the outro guitar part,  we were using a tape echo live at the same time, so it was recorded exactly how you hear it on the record. I bawled my eyes out. It was the most beautiful thing I’d ever heard. I still cry sometimes when I hear it, it’s my favourite part of the song.”

The video is plenty of fun as well. Check it out yourself.

To celebrate the release of Seventeen, Florian has put together the ultimate birthday playlist. Give it a spin and party on!