Interview: The Black Phone stars Mason Thames and Madeleine McGraw on navigating emotion and levity on a horror set 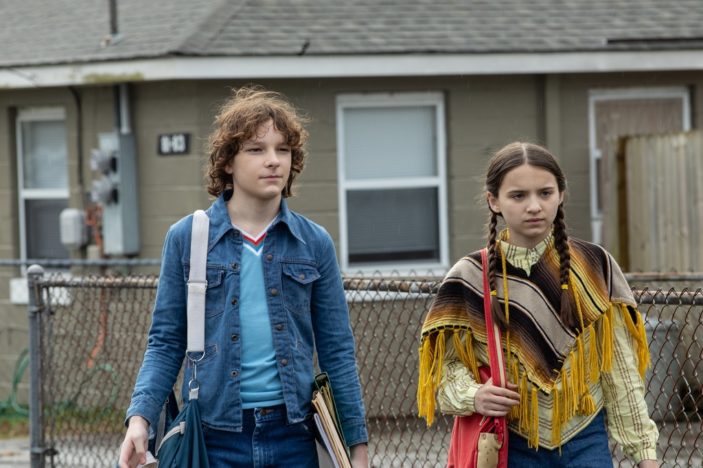 Are you ready to answer the call?

Arriving in Australian cinemas this week (you can read our review here), The Black Phone is the latest horror outing from acclaimed genre director Scott Derrickson, a supernaturally inclined chiller about a sadistic child killer (dubbed “The Grabber”) whose latest victim turns the tables on him when the voices of his previous abductees talk to him from beyond their grave to help him escape.

To coincide with the film’s release, our Peter Gray spoke with the two breakout stars of the film, Mason Thames and Madeleine McGraw, who, respectively, play Finney Shaw, the Grabber’s latest victim, and his young sister, Gwen, who has inherited a psychic ability that connects her to the killings.

Talking of the horror genre (and if the 13-year-old Madeleine is even allowed to see any scary movies herself), working with a powerhouse actor like Ethan Hawke, and how they managed to offset the terror with emotion and levity, the duo were a talkative delight as they discussed their on-set experiences.

The thing that I really loved about this film, and I find it’s something of a throughline with Scott Derrickson’s films, is that there’s a strong emotional undercurrent to the horror, and I find that very much extends to the relationship that the two of you formed on screen.  Was there much time for you to bond prior to filming?

Madeleine McGraw: Not a lot prior.  Whenever we were filming we would just hang out and talk the whole time.  Whenever we had to do school we would usually get in trouble (laughs) because we were too busy talking and joking with each other instead of doing actual schoolwork

Mason Thames: Yeah, we tried to hang out as much as we could.  Because of COVID we couldn’t too much.

I spoke to Scott late last year when the trailer first dropped, and he had the loveliest things to say about the both of you.  Even saying he pushed the film back in order to cast you Madeleine.  That’s got to be a nice coup to know that.

Madeleine McGraw: Yeah, I will always be grateful to Scott for that.  The show that I’m on interfered with The Black Phone’s schedule so he had to move the movie.  I would’ve been so sad if I didn’t get to play Gwen.

I was going to say that does say a lot about him as a person.  How was he to work with as a director?

Madeleine McGraw: Scott was so amazing.  He let us put who we are into the characters and I felt like we had a lot of freedom to put our own spin on them.  I was doing one scene, and it’s probably the most intense scene I had to do, and it’s with Jeremy Davies, who plays Terrence, our dad, and before we even started Scott said “Maddy, do whatever you think Gwen would do and just go with it for the first take.”

We ended up keeping that and doing it for the rest of the takes, and it turned out so amazing.

The early scenes in the film are quite heartbreaking to watch.  Do you go into a certain place to channel that emotion? Or are you just both such amazing actors that no method acting is required?

Madeleine McGraw: It helps when you just feel what you would feel in that moment.  But then once they yell “Cut!” it’s like back to reality and normal life (laughs). 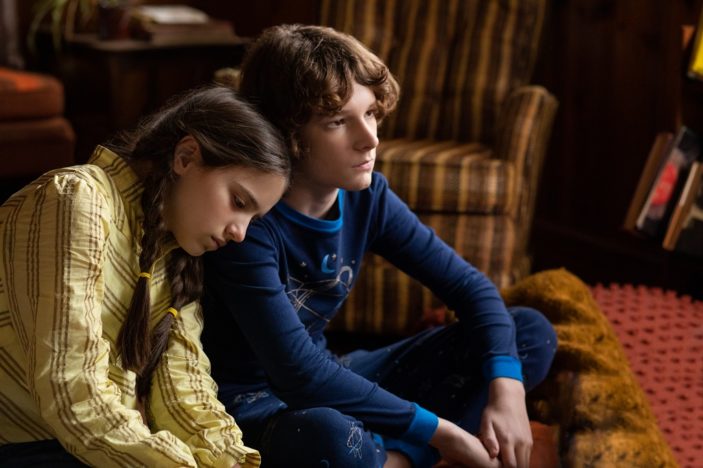 And Madeleine you get to throw some pretty epic insults in this film.  “Dumb fucking fartknocker” is a personal fave.  Are you able to improvise much in those scenes? Are there alternate takes of you just going hard out on swears?

Madeleine McGraw: I know we had a few alternate lines for that, but I can’t remember what they were.  I decided not to cuss in my original audition, because I didn’t feel comfortable doing it in front of my parents.  During the table read Scott asked if I would want to say the bad words or would I prefer something else.  I said I wanted to keep the bad words in because it brings so much to Gwen as a character. It shows her tough side and how fierce she is.

It was definitely the right choice to keep the swears in.  It brings some levity to such a dark movie.  Mason, your character is predominantly interacting with Ethan Hawke’s.  He is terrifying in this! How was it navigating that dynamic? Is it the same as Madeleine mentioned before when “Cut” is yelled you’re both back to normal, or did he stay in that mind frame of his character?

Mason Thames: No, no, he snapped right out of it.  He’s the nicest human being ever.  To see it in the trailers is one thing, but to watch him become The Grabber right in front of you? He’s so terrifying in that role.  He’s so cool.  My inner self is smiling because I know how cool it is what he’s doing, but I have to remember his character is trying to kill me.  He’s so amazing.  I hope to work with him again.

Is the horror genre itself one that you both have an affection for?

Madeleine McGraw: Definitely.  I love watching horror movies, or horror clips really, because my parents won’t allow me to watch horror movies.  The ones I am allowed to watch I think are so interesting.  It’s like when you’re on a roller coaster and you’re about to go down the drop and it’s all quiet…that’s like the jump scare.  I love that feeling of when your heart drops.

Given that you’re not allowed to see horror films, have you been at least allowed to watch this film?

Madeleine McGraw: Yes, I was allowed to see The Black Phone, luckily.  I mean, I’m in it, so that’s kind of the excuse (laughs).  I really want to watch Sinister, because Mason was telling me about it when we were working.  I begged my mom so much, but I got “No. Maybe when you’re 16.”

Mason Thames: See, out of all the movies I understand why she didn’t let her watch Sinister.

You probably could have pushed harder.  Said it was for research.

Madeleine McGraw: As soon as Mason told me about it I looked up clips and trailers and images, and it just looked so interesting that I know I have to watch it.

With everything that Finney orchestrated in that basement, do you think you would do the same if you were in that situation?

Mason Thames: Finney’s definitely smarter.  I think I could get halfway to there.  But I know I’d mess myself up and try to kill The Grabber, but I’d probably die too.  I’d try and fight, but it wouldn’t end well.

The Black Phone is screening in Australian theatres from July 21st, 2022.