Interview: RuPaul’s Drag Race Down Under winner Kita Mean on snatching the crown and learning about herself 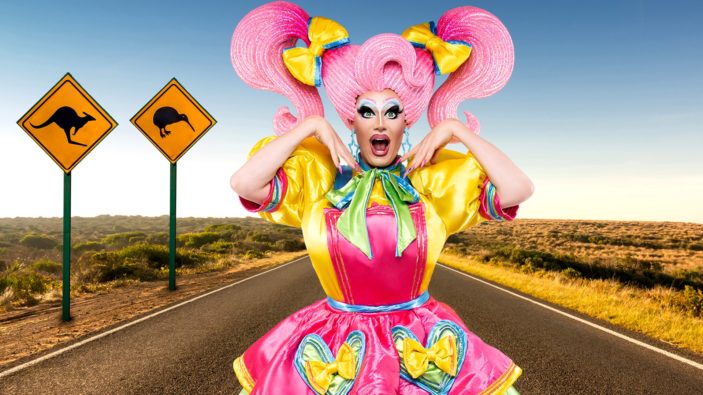 You’re a winner, baby! The anticipated first season of RuPaul’s Drag Race Down Under has sashayed away but not before crowning its rightful winner – New Zealand drag queen, Kita Mean.

Along with the crown, Kita Mean secured herself a one year’s supply of Revolutions Beauty Cosmetics and a cash prize of $30,000.

Having victoriously clapped for herself, Kita Mean is on the winner’s tour and chatted with our own Peter Gray about her achievement, touching on the surprising psychological effect the competition had, how she felt competing against fellow New Zealand queens and what she learned about herself.

Congratulations on your win!  I saw a video of you on Twitter reacting to that moment and you looked so stunning and so genuinely surprised.

Oh yes, well I was genuinely surprised. I was also a little bit sauced on champagne at that point.

You were one of the three New Zealand queens on the season, and you knew Anita Wigl’it and Electra Shock well, was it hard to compete against them?

Did it differ from any expectations you had?

It was definitely more psychologically harder than I thought it would be.  I kinda knew the calibre of drag would be really hard – and it was just as hard as I thought it was – but I didn’t think I’d go through it as psychologically as I did. I didn’t expect to have such an emotional awakening as well.  I really put together some pieces of the puzzle of my life that I hadn’t understood in the past.  It was interesting that RuPaul was able to see something in me and get that out of me.  I couldn’t have anticipated that.

You often hear of the “edit” being blamed for how some queens come across, but I felt like there wasn’t really a villain of this season.  Was there anything that surprised you when rewatching the show?

I felt bad, near the beginning, seeing Elektra having such a hard time. I didn’t remember it like that.  I’m probably aware now I was selfishly focusing on what was happening personally.  I wasn’t aware of things that were being said to her.  I thought we were all getting along like a house on fire, and I really didn’t realise people were coming for her so harshly.  I’ve spoken to her since and she said she felt it from the very first second.  I felt bad that I didn’t pick up on that.

Did it surprise you that American audiences reacted so strongly to the level of shade in the werk room?  The language on the show felt so normal…

Yeah, I found it interesting that they thought it was much more intense.  Some of the American (episodes) have been way more intense, especially some of the arguments.  We like to be a bit cutthroat and we are brash, but that’s just us speaking from the heart. 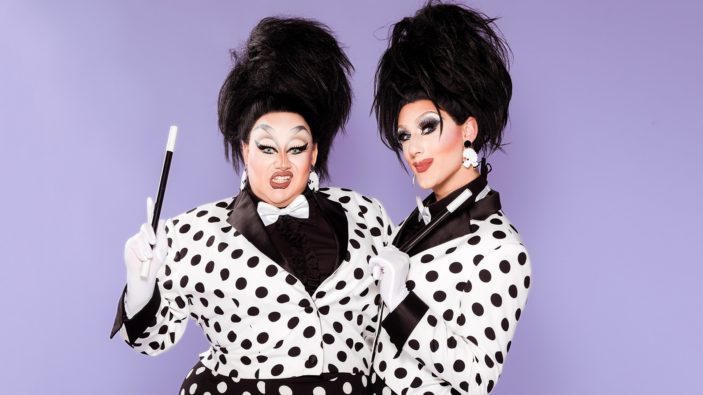 You said you didn’t feel like you were competing against anybody, but when it came to Kita vs. Anita there was that narrative that was being pushed.  Was it something you were dreading?

I wasn’t dreading it if we had to lip sync for our lives cause, this sounds really cocky, I know I’d kick her arse!  I wasn’t nervous about that.  I was nervous about  the fact that one of us was always going to go further than the other – unless we went out in some blaze of glory double elimination.  Things are so chill with us though.  We have some amazing opportunities coming, and people love her.  They got to see the crazy Wiggles that I have known for so long.

I feel like she’s the one everyone will say is worthy of being Miss Congeniality.  I feel like you know her well enough to say otherwise?

(Laughs) Well…yeah.  She’s a lovely person but i’ve seen way too many sides of her to know better.

Were there any challenges that were harder than you anticipated?

Snatch Game was really hard, but I knew that was going to be hard.  That’s the only challenge that you know is going to be there.  Everything else we don’t get told ahead of time.  We get the costumes list, so we know what the runway looks are going to be, but we aren’t told about specific challenges.  There’s no preempting or giving any thought to anything, you just have to be prepared and be confident in your ability to do drag.

Were there any favourite runway looks that you had from the other queens?

One that I really loved was Art Simone’s garden/butterfly look.  So clever how it was distressed and she painted her makeup with no eyebrows…it was so beautiful but it had this hint of imperfection in it.  But intentional imperfection.  I loved it.

Did you learn anything new about yourself or about drag from your time on the show?

I learned that I need botox, like immediately.  I was glad that I was feeling giddy and gay and all excited, but as soon as I grinned I just saw lines streaming across my face.  I’ve since been jabbed (laughs) so that’s nice.  Ive always had a clear distinction of who I am on stage, and outside of that being a very different person.  Seeing my “boy” self and that personality with a drag face on was a bit of an eye-opener.  It helped connect the two.  I’m not just a character on stage, I am just me.  When I could see that tangibly in front of me it made a lot of sense.

All episodes of RuPaul’s Drag Race Down Under are streaming now on Stan.