Interview: Carey Mulligan, Zoe Kazan and director Maria Schrader on She Said; “I think it changed our own awareness of what’s going on around us and our own behaviour.” 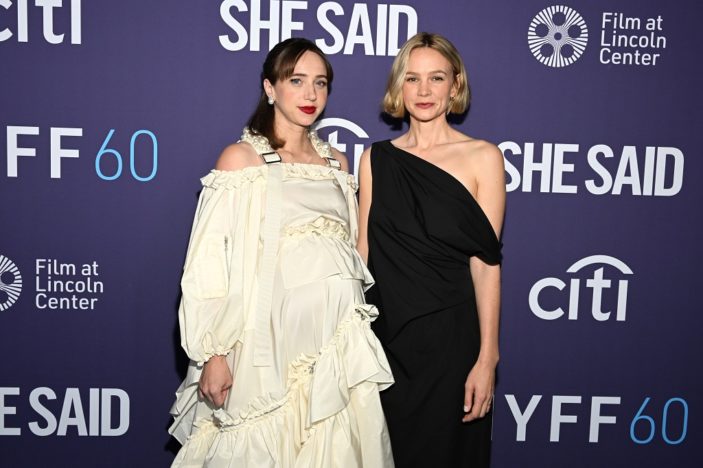 New York Times reporters Megan Twohey and Jodi Kantor broke one of the most important stories in a generation – a story that helped launch the #MeToo movement and shattered decades of silence around the subject of sexual assault in Hollywood.

This story that altered American culture forever is being detailed in the new film She Said, starring two-time Academy Award nominee Carey Mulligan and Zoe Kazan as Megan and Jodi, respectively, as they navigate an investigation against the most powerful name in Hollywood.

To coincide with the film’s release (you can read our review here), Peter Gray was invited to the global roundtable to speak with both actresses and their director, Maria Schrader, about the importance of taking on such a film and what informed their specific choices throughout.

I want to put this question to the both of you, Carey and Zoe.  In playing Megan Twohey and Jodi Kantor, how collaborative a process is that with them? Are you studying mannerisms and quirks? Or is there a space separated from them informing your performances?

Zoe Kazan: From very early conversations with Carey, we sort of came to the conclusion that we shouldn’t be trying to do an imitation of these people.  It’s not like we’re playing like, you know, Kim Kardashian, or something.  We’re not playing someone that everybody knows their mannerisms.  Watching movies like All the President’s Men and Spotlight I think we had this feeling of really trying to capture the essence of these people.  So much of that work had already been done by (writer) Rebecca Lenkiewicz in writing the script.

I think the opportunity that we had to spend with Jodi and Megan, and to ask them questions, sort of (helped) absorb their essence.  We got to know them as people (and) as journalists, talking with them about their approach to difference sources and different situations.  It kind of felt like an invitation to step into their shoes.

Carey Mulligan: I think I did at one point attempt to mimic (Megan’s) pattern of speech.  Whilst I was doing my dialect training, we listened to her so much and there was something so brilliant about the way she spoke.  They both do this (actually).  They basically form their entire thought and then say their thoughts with zero hesitation and zero umm-ing and arr-ing. Have you ever seen them on a talk show or anything? It’s incredible.  It’s like it’s rehearsed.  They’re incredibly articulate and I thought that was something that said so much about them to me.  That they were the kind of people who thought like that, because obviously we don’t.

I did for a minute think I’m going to do that, and then we decided that this was a film that really required honesty at such a level from everyone, particularly the performers who were portraying the survivors, that it would have just felt wrong to try and making anything a “performance”.  It should just be closer to the bone.  It should feel more like a documentary than anything else.

Did making the film change your perception of journalism and journalists?

Carey Mulligan: It’s definitely a field I don’t think I’ve given a huge amount of thought too, particularly investigative journalism.  Reading the book (She Said) was a real eye opener for me in what it takes to write a story like this and the standards to which they hold themselves.  In that sense I think I have a greater understanding and respect for what it is.  I really got a sense from spending time with Jodi and Megan that this is a vocation to them.  I don’t think they could have done anything else.  Megan talks about seeing herself somewhat as someone whose role it is to uncover and expose injustice and put it into a forum where society can then decide what to do.  It’s given me a greater perspective on the work that they do.

Zoe Kazan: I agree with everything Carey said.  The only thing I would add is that I think I had kind of a naive viewpoint that once journalists knew the truth about something that then they would be able to publish and share that truth with others.  I think that one of the striking things to me about their investigation is that they actually knew so much so early but they couldn’t prove it to the degree that they needed to.  To put it to the standards of the New York Times (and) in order for the story to have the kind of impact they wanted it to have, they really needed to backup every source with paperwork and with multiple sources being quoted.  All of that puzzle coming together is really surprising and really invigorating and inspiring to watch happen. 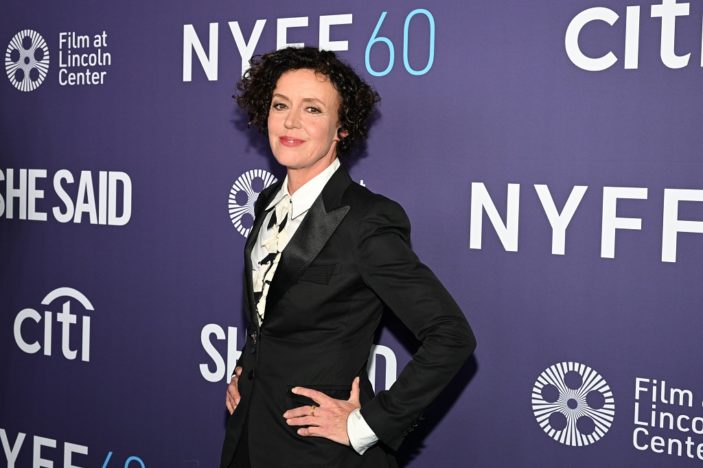 Maria, the inclusion of Ashley Judd in the film is really quite poignant.  You have an actress who was silenced by Harvey Weinstein playing herself in the film to this degree.  Was she someone you specifically sought out? Or was she involved in the project before you came on board?

Maria Schrader:  Such a good question.  I think she was approached by those that (talk to) the actors, and it was actually one of my first questions, or my first instinct, after reading the script.  Ashley Judd must be played by Ashley Judd, right? I was very lucky to have met her personally.  She was the first person I physically met.  We met in Berlin and we had coffee, and we spent an afternoon together talking about all kinds of things.  I remember at the end of this meeting she said “So, we’re gonna do this together, right?” And I said that I wanted to very much.  It was really beautiful.

She’s an incredible, impressive person how she talks about her past and how much she became an activist and how conscious she is about her own decisions.  As she said onstage at the New York Film Festival it was an easy decision for her.  It’s exciting (that) within a fictional movie, which this is to a degree, that you have a real person played by that person.  It’s a surprise.  It’s putting down the fourth wall in the theatre.  It’s really her and its ownership and controlling how she tells her story.  It’s just beautiful.

There’s so much care and restraint in the other aspects of the film regarding the involvement of Donald Trump and Harvey Weinstein in that we only hear their voices.  Not even a photograph shown.  Can you tell me about that decision?

Maria Schrader: Well, the source material that we built on, was very meticulously researched.  We wanted to stick to that, in the sense that we tell this story through their perspective.  When (Megan and Jodi) investigated this story they had no connection to Hollywood, and they did not meet Trump, nor did they have any personal contact with Harvey Weinstein until the very end of their research when they had to talk to him in these conference rooms.  We stuck to Megan and Jodi’s experience and their perspective.  Of course, it’s a deliberate choice (too) as to how then film that unexpected visit of Harvey at the very end of the film in the New York Times building with his entourage of lawyers.  I think we found a good way to do that.

What do you think has been the most important change in the years since this article was published?

Maria Schrader: Breaking the silence in a broad way.  I think there is ongoing change (where) people talk and connect and share their stories.  I think these countless voices that are starting to speak up in the wake of the article being published just inspires and encourages others.  That really changed a lot.  I believe no voice can easily be wiped off the table any longer and stay unheard.  I think it changed our own awareness of what’s going on around us and our own behaviour.  There’s a new sensitivity and a new definition.

At the end of the day, even though this movie touches truly dark subject matter, I hope it also inspires people, not just depresses people.  These courageous women changed so much by sharing their own experiences, and it started conversations about that.  But there are countless stories which are yet to be published out in the world (too).