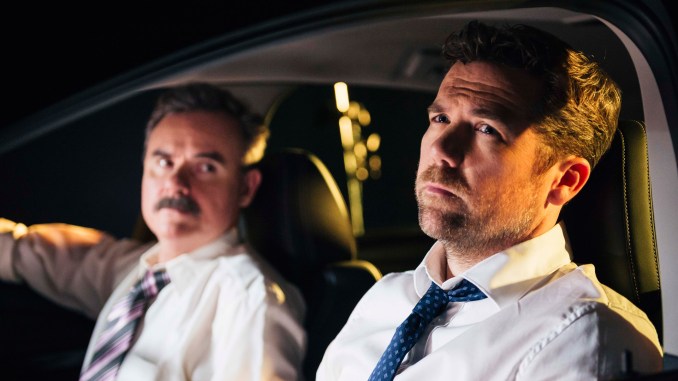 This Aussie streaming favourite is getting a Christmas Special

Stan has released a teaser trailer to confirm that their original series No Activity will be returning for a Christmas Special. The festive seasons special, No Activity: The Night Before Christmas, will be reuniting the original award-winning creative team of Patrick Brammall (Glitch, Upper Middle Bogan, A Moody Christmas) and Trent O’Donnell (New Girl, Brooklyn 99, The Good Place, A Moody Christmas), who […]

Australian streaming service Stan and CBS All Access have confirmed that a second season of the US adaptation of the Australian comedy series No Activity, Stan’s first original series to hit the US. The first season of No Activity is currently streaming on Stan, coming from executive producers Will Ferrell and Adam McKay.  Nick Forward, […]

No Activity receives its US remake; so is it any good?

When streaming service Stan launched in Australia in 2015, one of the first great originals we received was the all Australian comedy No Activity, written and directed by Trent O’Donnell (New Girl, Brooklyn Nine-Nine). It was a bloody good selling point for the then, limited content streaming service… well, that and the Wolf Creek TV […]

Australian streaming service Stan has recently announced a slew of both new and original content, of which will be coming to the streaming service in the coming months. UnREAL – Season 3 First up, the critically acclaimed series UnREAL will premiere its third season exclusively on Stan starting 27 February, 2018. Set in the world […]

Will Ferrell’s production company Gary Sanchez to make a US version of the hit Stan Original Series No Activity in association with CBS Television and Jungle team, the latter having made the original series. The eight part CBS series, will shoot in the final term of 2017 with Trent O’Donnell and Patrick Brammall of Jungle […]

It was announced at the 58th TV Week Logie Award nominations that Australian streaming service Stan has secured three nominations for its original series No Activity.  This is the first time ever that an streaming or video-on-demand (VOD) service has been selected for Australia’s top television awards. No Activity was nominated for Most Outstanding Comedy […]

Watch the teaser trailer for Aussie series No Activity

No Activity is Stan’s first original series centred around two detectives Hendy and Stokes, played by Patrick Brammall and Darren Gilshenan. With little glimpses into the supporting cast, the trailer gives us a peek into the dynamics of the show and the the humour we should expect from the 6-part Australian comedy series next month. No Activity is coming […]