Film Review: How To Train Your Dragon: The Hidden World (USA, 2019) is a fitting end to a coming of age saga 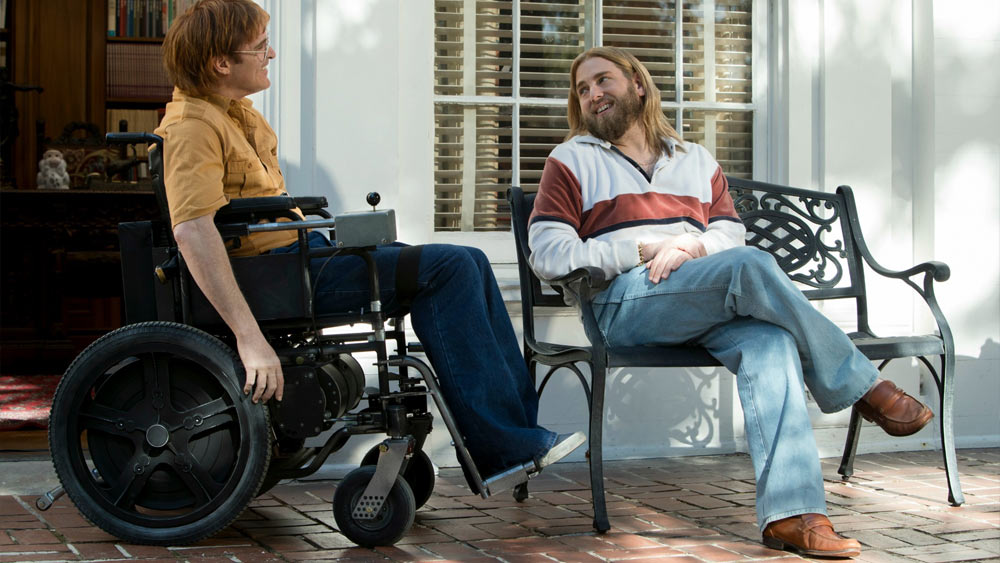 Film Review: Don’t Worry, He Won’t Get Far on Foot (USA, 2018) is a charming crowd-pleaser with a dash of irreverent humour

It may not seem like it, but it’s been ten years since director Gus Van Sant gave us the powerful and Oscar-winning biopic Milk. Since then, the filmmaker has been in somewhat of a slump, with three films (Restless, Promised Land, and The Sea of Trees) falling flat on their faces. You probably didn’t see any of them and you […]

With series like House of Cards and Orange is the New Black, Netflix has cemented themselves as a platform that regularly delivers exciting original formats to binge watch. Well known for giving their writers and directors plenty of creative space to develop new material, series like like Black Mirror and Stranger Things have flourished. And now we have the thrilling Maniac, which playfully exhausts […]

Pain and Gain. The Wolf of Wall Street. Scarface. What do these films have in common? The characters are all on a quest to achieve their own versions of the American Dream. They are all about greed and the seduction of power that shows that absolute power corrupts absolutely. But what makes the first two […]

Seth Rogen has always been associated with stoner humour and raunchy comedy, but in the case of Sausage Party, he takes it to a whole new level. With animated films that have anthropomorphised objects like toys (i.e. the Toy Story films) and cars (i.e. Cars), Rogen had the idea to anthropomorphise consumer products while retaining […]

A 2011 Rolling Stones article titled The Stoner Arms Dealers: How Two American Kids Became Big-Time Weapons Traders has been turned into a motion picture, and its full trailer has finally hit the net. The story of Efraim Diveroli and his partner David Packouz, is the curious tale of two boys completely out of their element and […]

Military-industrial comedy War Dogs has its first trailer. The film, based on a true story, will see Jonah Hill and Miles Teller take on the role of two friends who exploit a little-known government initiative that allows small businesses to bid on U.S. Military contracts during the Iraq war. Check out the trailer below: War Dogs […]

When it was first announced a few years ago that Channing Tatum and Jonah Hill would be starring in a comedy reboot of the popular 1980’s TV series 21 Jump Street, sceptics around the world raised their eyebrows. To put it bluntly, it sounded like a stupid idea. No one was really holding out for a […]

We’re only a few weeks away from the release of comedy sequel 22 Jump Street, and publicity for the film is heating up. Just a couple of weeks after the release of the last clip from the film, Sony has released a clip from another scene. The new clip sees Schmidt (Jonah Hill) and Jenko (Channing Tatum) meeting their […]

No-one really expected much from 21 Jump Street back in 2012. In the age of reboot fatigue, a reboot of a teen cop TV series from the 80’s didn’t sound like a great idea. Much to everyone’s surprise the film was a huge hit and one of the best comedies released in some time. The […]

The Iris presents the new trailer for 22 Jump Street, starring Jonah Hill and Channing Tatum. Note: this is the uncut, red band trailer and it contains coarse language and adult themes. In the action-comedy 22 Jump Street, after making their way through high school (twice), big changes are in store for officers Schmidt (Jonah […]