Gaggan Anand’s progressive Indian restaurant in Bangkok has once again topped the list of Asia’s 50 Best Restaurants following a lively ceremony which celebrated and named the finest dining destinations across the continent. Although it was unsurprisingly Japan that emerged as the country with the most entries, including Tokyo’s highly awarded Den in the second […]

Gault&Millau, the publisher of the only internationally recognised restaurant guide in Australia, have announced the winners of the fifth annual Australian awards. The winners, announced at a ceremony held in Sydney earlier this week, indicate a progressive dining scene and celebrate top achievers from all over the country. The awards night also marked the debut […]

The 2018 edition of the Good Food Guide Awards have officially been announced, celebrating a nation brimming with superb talent that’s clearly progressing and evolving at a rate on par with some of the culinary capitals of the worlds. That much is obvious from this list of winners, ranging from Restaurant of the Year (which […]

For the ninth year in a row, the 2017 Time Out Sydney Food Awards have went through and scanned just about every restaurant, bar, diner and eatery that has made a dent on the city’s dining scene this year, and picked out the top performers. From fine to casual dining, cheap eats to cafés, the […]

The Australian Financial Review Australia has announced their 3rd annual peer-voted top 100 restaurants list, celebrating excellence across the nation. Going through and rounding down this country’s exceptional dining scene to a top 100, a challenge by any means, was once again done by a panel of insiders, positioning the list as a unique ranking […]

It’s not much of a surprise when we hear that Australia’s beloved White Rabbit makes a dent in the overseas market; the constantly creative and playful brewers have put out some of the best released in the past few years – not to mention their epic twin-brewery in Geelong with Little Creatures. Though this news […] 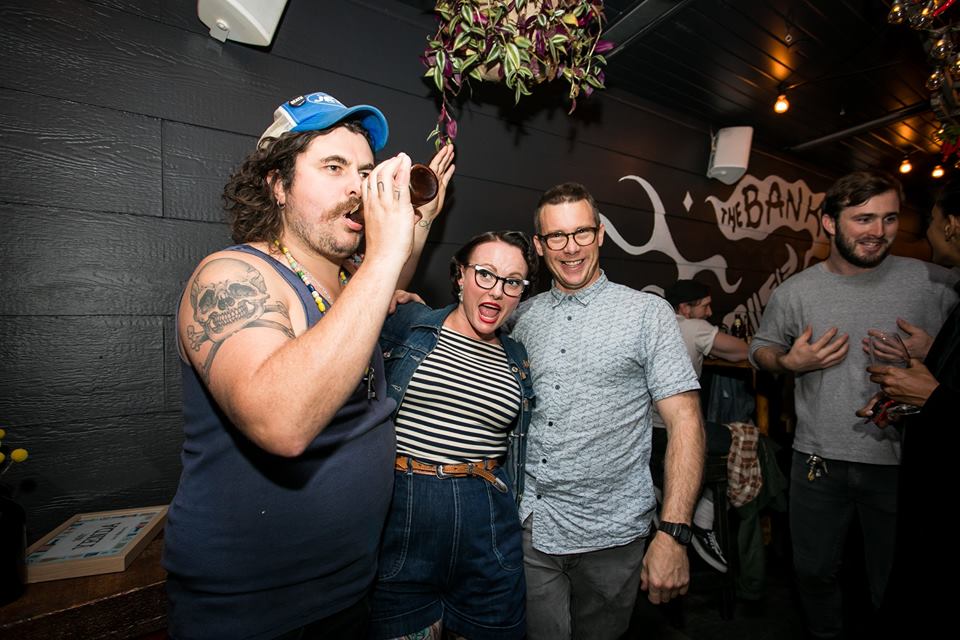 The Time Out Sydney Pub Awards have once again gone through and highlighted the top performers in this city’s generous and ever-evolving pub scene. Much like the publications bar and food awards, the list serves as a comprehensive celebration of quality, awarding venues across 11 categories based on everything from best pub food and family-friendliness […]

Jackalope, QT Melbourne and The Johnson named among Australia’s top hotels for 2017

Long-standing publication Gourmet Traveller have once again scanned Australia’s rich and diverse hospitality scene to find our nation’s top performing hotels across various categories. From established luxury properties to boutique gems, the awards this year represent a very wide range of accommodation options for locals and visitors, acknowledging everywhere from a newly opened favourite in […]

From “Best Burger” to “Best Hotel”, New South Wales’ rich hospitality industry was sifted through earlier this week by the annual Australian Hotel Association NSW Awards for Excellence, resulting in winners across 42 categories, celebrating some of the state’s best venues and top performers. The ceremony, which was held at The Star Event Centre, was […]

Following the reveal of who won big at the Time Out Melbourne Food Awards for this year, Sydney has taken the spotlight as the global publication has announced who from the harbour city was crowned at the annual ceremony, held last night at Merivale’s est.. The Time Out Sydney Food Awards are always a reliable […]

As award season for the Australian food scene continues, the Time Out Melbourne Food Awards have announced who they have celebrated above all others this year. Melbourne’s best restaurants, cafes, and food trucks have been named across 14 different categories, exploring all levels of dining in the world’s most liveable city to arrive at the […]

To cap off yet another busy Bar Week, the industry came together last night at the 16th annual Bartender Magazine Australian Bar Awards to celebrate the past 12 months of outstanding bars across Australia. Always an authoritative lens through which to examine the massive scale of quality bars across the country, the awards ceremony celebrated […]

Following the recent wrap-up of winners and new hatted restaurants from the Sydney ceremony, Melbourne’s 37th The Age Good Food Guide Awards has tonight announced the 2017 results as well as the complete list of restaurants that have gained or maintained a chef’s hat. With 14 now being the lowest a restaurant can score before […]

While it’s no surprise that Peter Gilmore’s Quay has once again been named “Vittoria Coffee Restaurant of the Year” at the authoritative The Sydney Morning Herald Good Food Guide 2017 Awards, the comprehensive annual award ceremony did herald a lot of newcomers, as the next generation of Sydney’s top restaurants came to stand toe-to-toe with […]

Wine List of the Year Awards: best wine lists in Australia have been revealed for 2016

Australia’s Wine List of the Year Awards, which are held each year in partnership with Gourmet Traveller WINE, have today been announced, a result of the heady task that is sorting through the country’s top restaurants to arrive at the very best being offered in 2016. Each year, the list of awards serves as an […]